Take a look at your favorite meditation app. No doubt you'll find serene sounds and images of the sea, ready to soothe your anxieties away. But while the ocean may appear relaxing to us as we are listening to the waves, deep under the water the marine life is not at peace. We are not only polluting the ocean with copious amounts of waste, but we are also polluting it with noise.

One Club Member and Art Director Paola Delgado is branching out into creative activism with this meditation stunt campaign aimed to bring awareness to ocean noise pollution. Ultrasounds of the Ocean is here to inform us to stop making so much noise under the sea.

We discussed this revealing campaign with Paola and learned a lot!

Ultrasounds of the ocean is not about the relaxing sound of waves crashing against the shore, but rather the noise pollution that lives under the water that we as humans are creating. Can you elaborate on why you chose a stunt campaign to relay this message to your Gen Z and Millennial audiences? 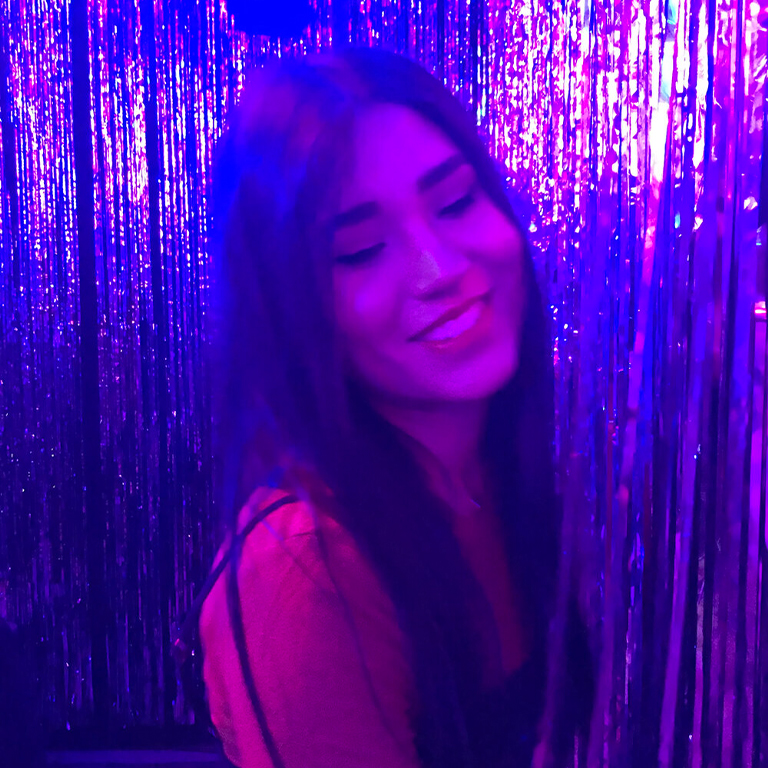 The collision of two things was vital for this project to be born: the current distress of the pandemic that made me seek refuge in meditation videos online and my increasing interest to create positive change for the environment.

I first learned about ocean noise pollution in a course I took called Creative Conscience. I had to do research for an environmental project and make two lists: things that annoy me and things that I love. I am annoyed by the lack of human reciprocity to the giving nature and I love the ocean. I was diving into the world of meditation because of the distress the current pandemic was causing on my mental health, and that’s how I ended up finding relaxing ocean videos.

I thought to myself, “how ironic is it that the ocean sounds are a source of relaxation for humans while the sounds we release into the ocean cause distress and threaten all marine life.”

"I thought to myself, “how ironic is it that the ocean sounds are a source of relaxation for humans while the sounds we release into the ocean cause distress and threaten all marine life."

My creative decision to make stunt meditation videos with a stressful twist was very straight forward after that realization. What other way to communicate this ironic and disturbing association than altering meditation videos to make people go through precisely what marine animals go through on a daily basis.

Meditation videos are well consumed nowadays by GenZ and Millenials since they are more worried about their emotional health than their predecessors and they are also much more environmentally conscious.

I couldn’t do this project myself, so I reached out to other creatives to make it happen. I met copywriter Kelsey Lundstrom, and strategist Garrett Chun. Originally, we wanted to make this campaign about other types of pollution too. We had an idea to do a beach scented candle stunt that would actually smell like oil pollution and a face scrub stunt with big chunks of plastic in it to bring attention to microplastic pollution.

We decided to keep it specific to noise pollution since its biggest problem is lack of awareness. We had a solid intention to make this project live in the real world.

Why did you decide to partner with Big Blue Ocean Cleanup?

We reached out to many organizations dedicated to cleaning the ocean, but most of them either had automatic replies or didn’t have space on their channels to work with us. BBOC was on board since our first email. We got a reply from the CEO himself, Rory Sinclair, and we got excited that we could make things happen without the support of an agency or company.

We only communicated through emails. I think this digital momentum where you can make things happen independently of where you are played a significant role. Nowadays, we are all amplifiers of voices, opinions, and ideas– we are all channels that can facilitate connecting problems to solutions or initiatives to opportunities. We are three creatives with a cool idea driven by issues that should matter, and we are backed up by this world-known organization.

"I think this digital momentum where you can make things happen independently of where you are played a significant role."

What inspired your art direction for UOTO?

The look and feel was a bit tricky to convey since we have different layers within the project: the stunt element of a realistic meditation youtube channel, the meditation videos themselves, the various assets of execution, and the campaign as a whole.

The petition received the most attention. Our partner BBOCP did a great job at promoting the whole campaign. They also sent direct emails to interested parties, and we got more than 100 signatures in less than three days which was a milestone for us.

After the petition, people also clicked through Big Blue Ocean Clean Up’s website to learn more about ocean noise pollution, which was a big win for their website traffic. The Instagram posts were promoted by BBOCP, Creative Conscience, and Miami Ad School.

What do we need to know about ocean noise pollution?

We are still hoping to reach a broader audience, so we are keeping this campaign live on the internet for anyone to view. The meditation videos are created to get attention organically at their own pace. This campaign is ever impacting!

Our main goal is to create awareness of an unseen environmental threat and highlight the importance of awareness itself when trying to solve a problem. We are thrilled and satisfied that more people in the world know about this issue. Knowledge is power!

"Our main goal is to create awareness of an unseen environmental threat and highlight the importance of awareness itself when trying to solve a problem."

Yes! To position myself as a creative activist, I’ve been trying to come up and get involved with projects that will get me closer to that goal.

I’ve been diving into the world of sustainable product innovation with the support and guidance of a sustainable British beachwear brand, so hopefully, I can share what I’ve been working on soon.

In addition to that, I want to work with stereotypes and social associations in children to create an interactive, story-based paper doll book with a human feel.

Lastly, I’ll be part of this summer’s WPP NextGen Leaders and I’m excited to keep on learning. Thanks to The One Club for always being on the look out for new opportunities for us creatives!

I’m looking to network and collab with other humans from different fields, countries, and perspectives, so if you are interested, please reach out! 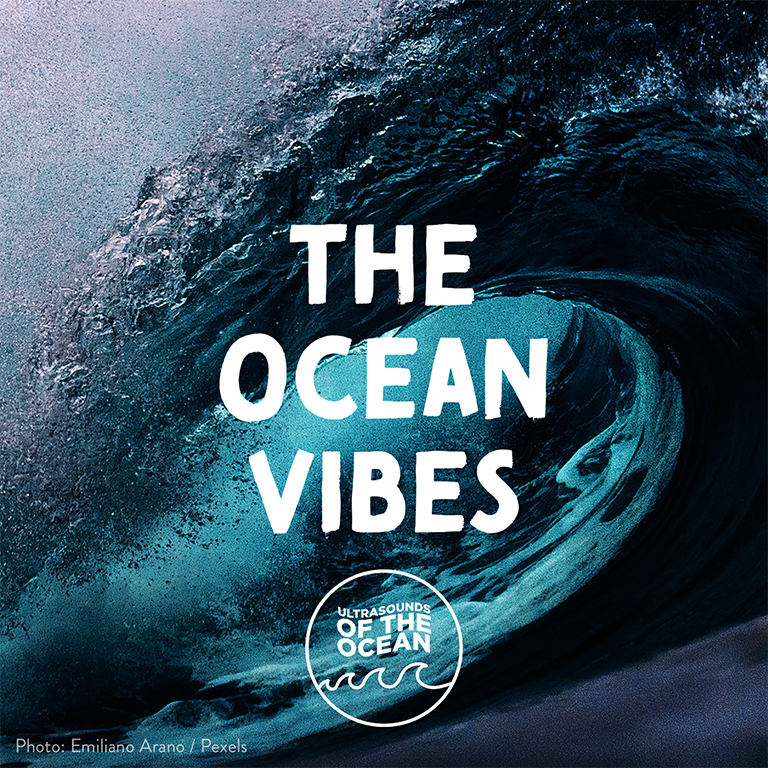 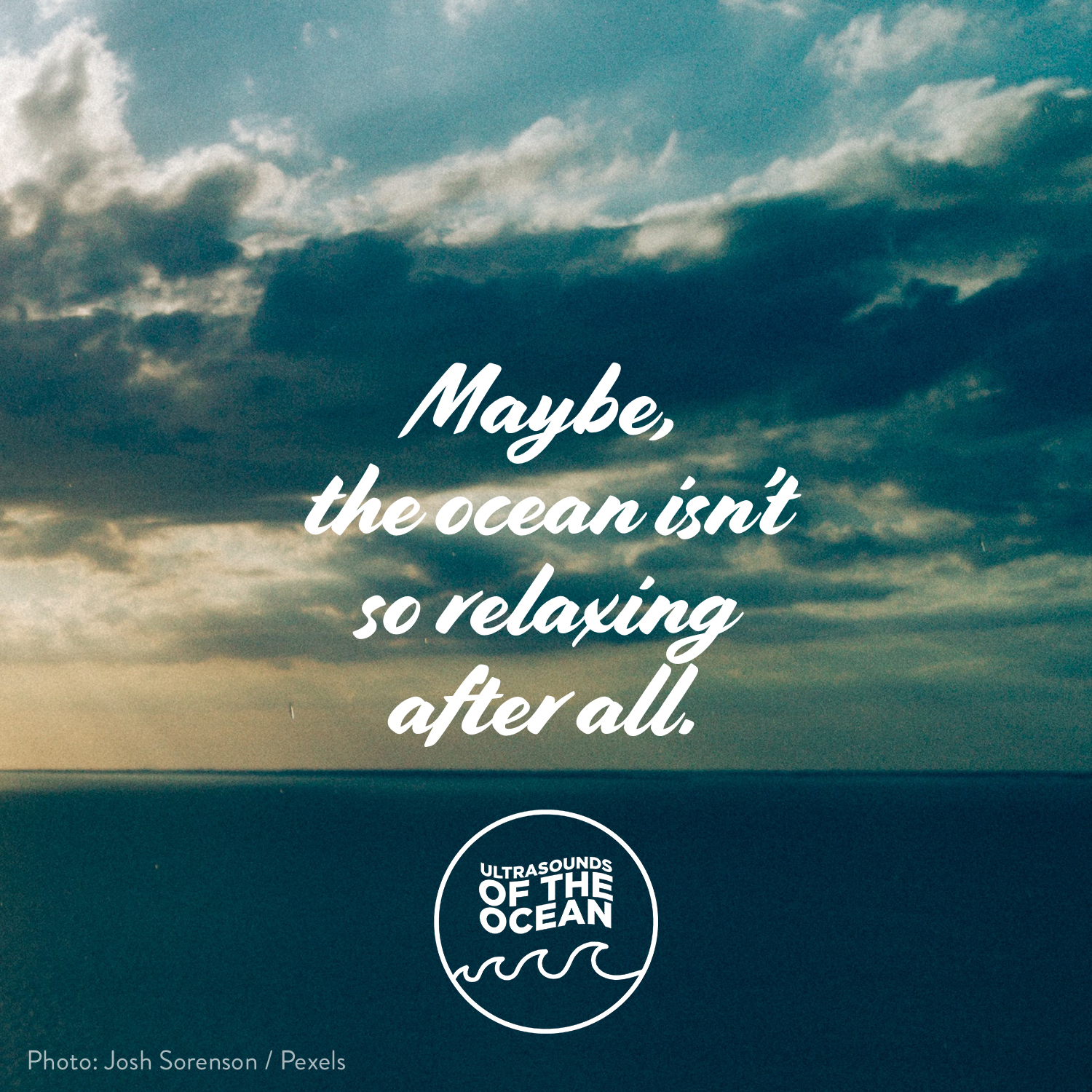 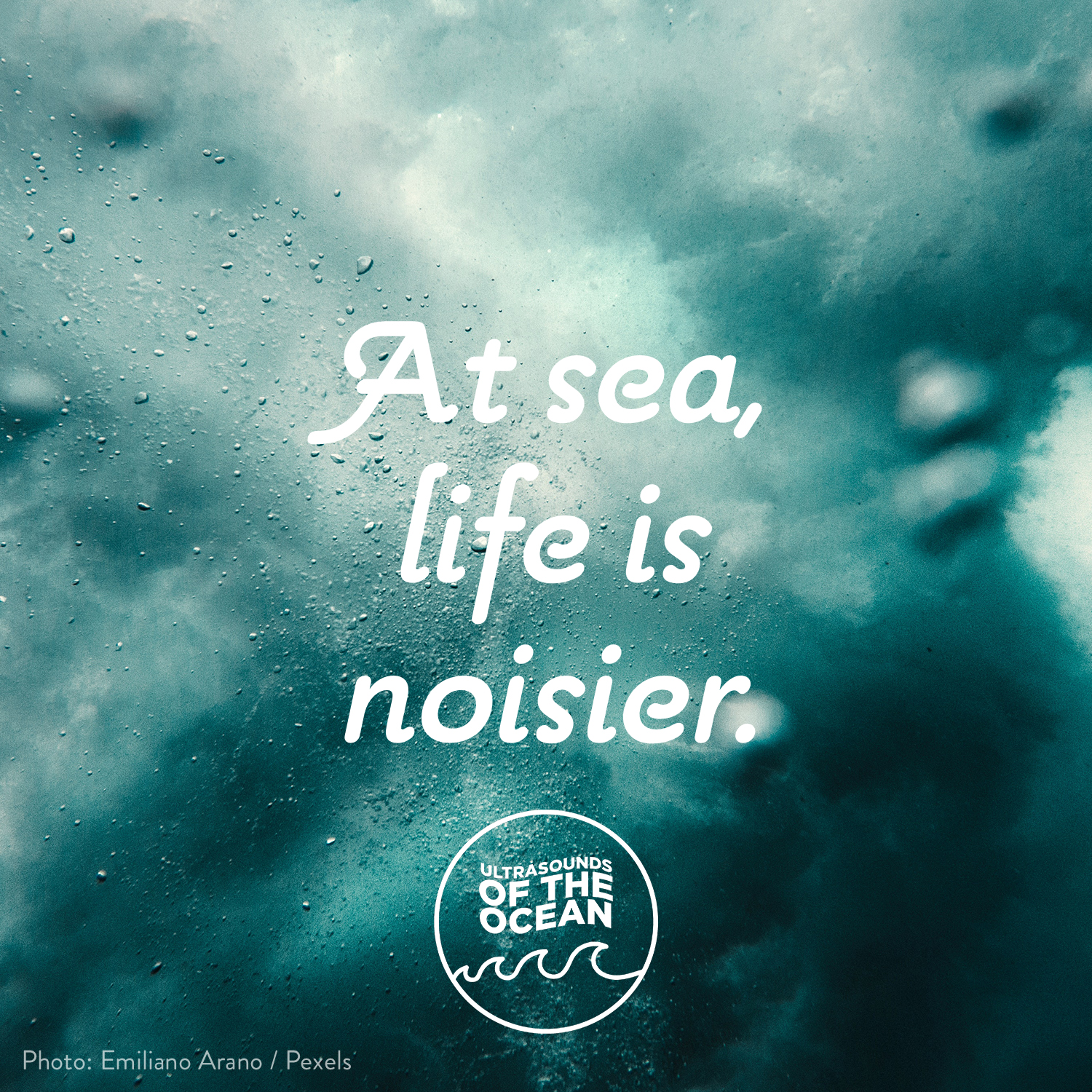 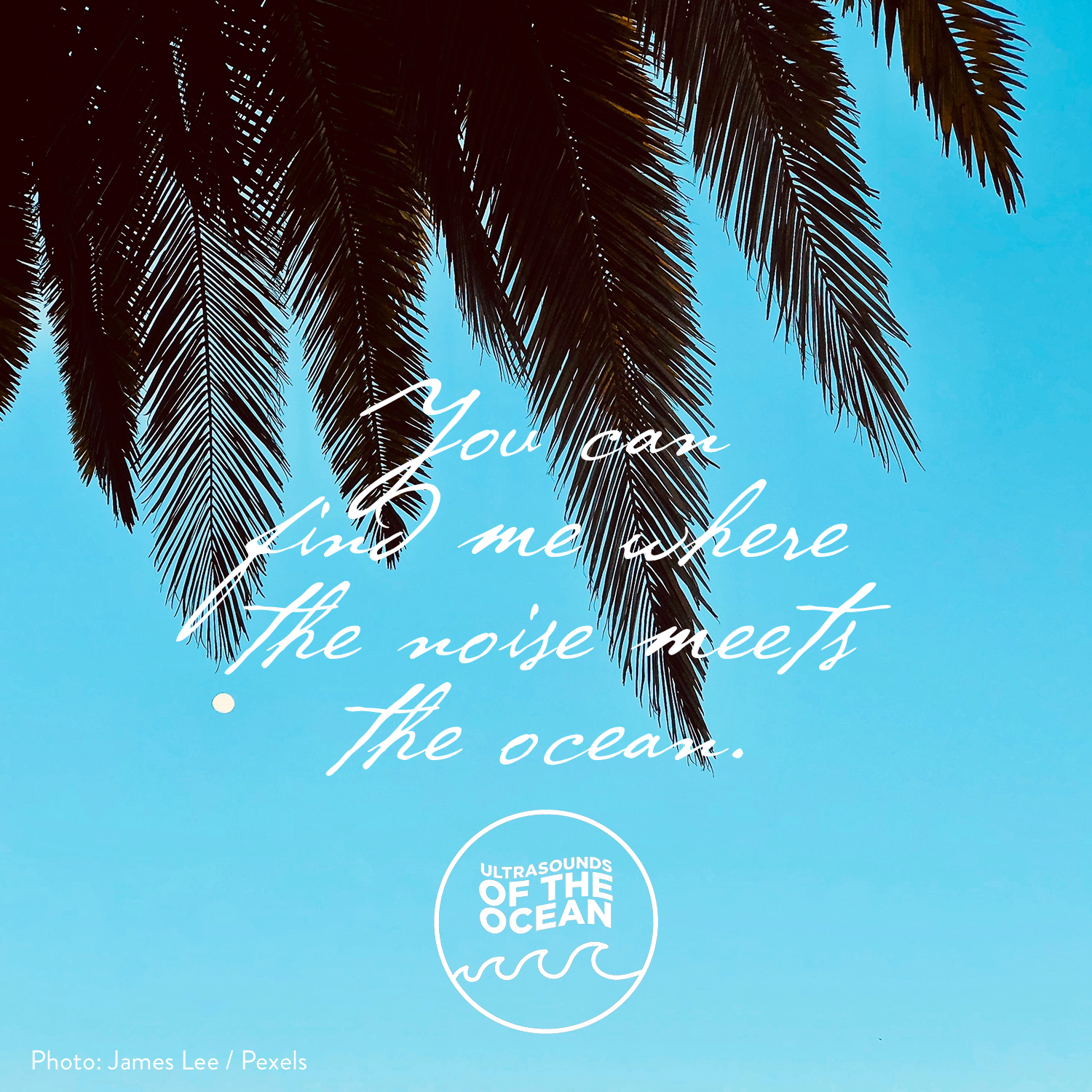 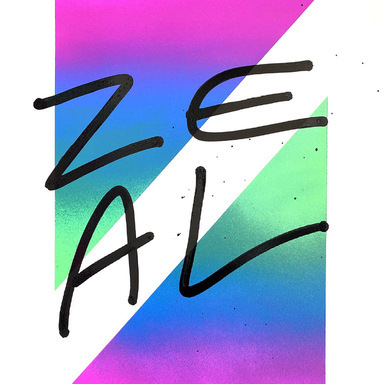 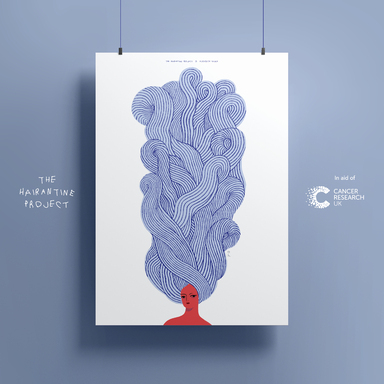 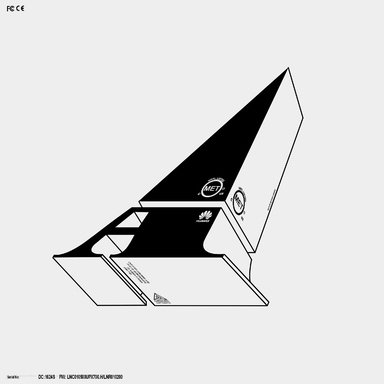 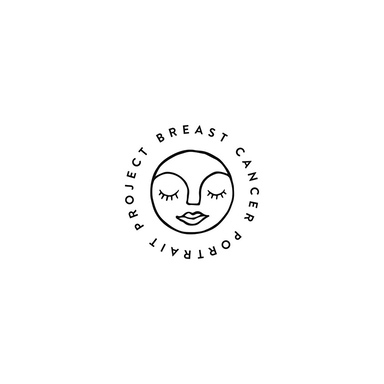