The One Club is once again hosting The Creative Women's Leadership Series. No one in this business,has been a better leader and mentor than Bernice Fitz- Gibbon, here is her story.

When E.F Hutton talks, people listen, that was a very popular advertising spot in the 70's. It was no where truer than when Bernice Fitz- Gibbon spoke. People listened.

In the early 1920's, Bernice Fitz-Gibbon joined Macy's advertising department where she worked for 12 years. She then served as publicity director for John Wanamaker and, in 1940, she became publicity director and a member of the executive board at Gimbels. In 1954, she resigned from Gimbels to open her own advertising consultant offices on Fifth Avenue.

Bernice Fitz-Gibbon is recognized as one of the most successful retail ad makers in the whole history of advertising. She brought wit, intelligence, uncommon common sense and an unmistakable touch of class to the field of retail advertising. Her mastery of the English language set her advertisements apart from the rest.??In a career spanning over 40 years, she revolutionized the way stores dealt with the public and the way the public thought about stores. Her ads for Macy's, Wanamaker’s and Gimbels achieved worldwide fame. Her advertising slogans, "It's smart to be thrifty," and "Nobody, but nobody, undersells Gimbels," continue to be two of the most memorable ever written. ??Fitz-Gibbon believed one of her greatest contributions to retail advertising was her creative use of "buildups." Usually reserved for information about a store, she used these small spaces at the top of a newspaper ad for tiny editorials aimed at improving the public image of Wanamaker's. Surveys showed that these editorials were one of the most widely read pieces in the newspaper.?Known as a tough but inspired teacher, she brought forth a brilliant crop of young advertising people who carry on her high standards today. A strong emphasis on language and observation was at the heart of her management philosophy. As a result, a "Fitz-trained" copywriter became a very hot commodity on the job market. In 1954 Fitz-Gibbon started her own retail advertising agency and by the early 1950s, was reported to be the highest paid woman in advertising. 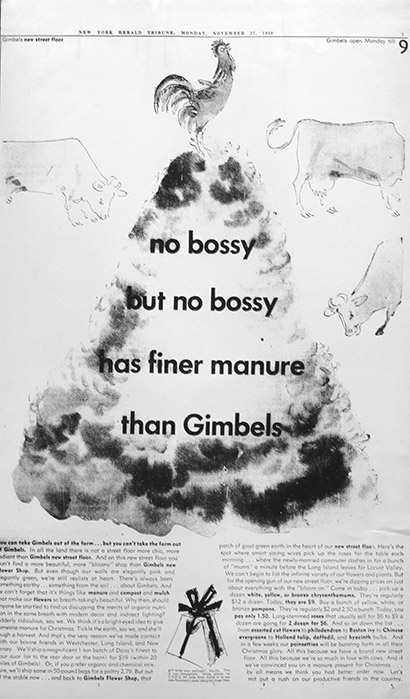 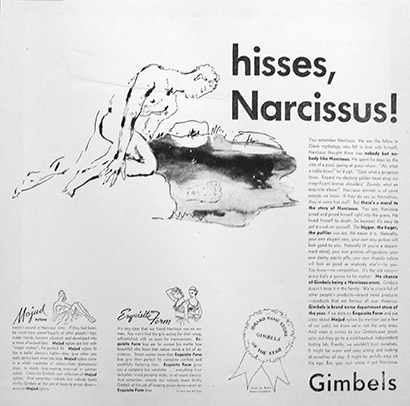