The Creative Hall of Fame was a reunion of sorts for some of its members. Ed McCabe, Bob Levenson and Jerry Della Femina were there. George Lois was there, too. Lee Clow, Cliff Freeman and David Kennedy all showed up. And then there was Ralph Ammirati who flew up from Florida with his pal Amil Gargano to see some of his old colleagues and honor the new inductees.

These days the legendary co-founder of Ammirati and Puris splits his time between the Sunshine State and the Hamptons on Long Island. We had a chance to talk to Ammirati shortly after the Hall of Fame and find out what he’s been up to lately.

So what did you think of the Creative Hall of Fame ceremony?
It’s the best function that I’ve been to in all the years I’ve been involved with [The One Club]. It was really done first-rate. It was a very nice evening.

How about our inductees?
Paula certainly deserves it, she’s a great gal and she goes back as far as I do. Joe Pytka, his work is excellent and he certainly deserves it. But I thought the highlight of the evening was Lee Clow and the speech he gave on behalf of Steve Jobs, it was fabulous, he did a wonderful job. When I was filling out the ballot I for one voted for Jobs. I know a lot of people said he’s not an art director or copywriter and does he belong in it, and I always thought, God, he was all of those things and more. He was an amazing guy and it’s too bad what happened when he died. I thought it was great for his family and I’m sure it’s just one of the many wonderful things that will be talked about.

Did you work with any of our inductees?
No, in the early days I was at Carl Ally with Amil Gargano, I spent about 8 years there. My old partner Martin Puris, we left and started our own thing. But it was great seeing all the old guys. George [Lois] is a character, it’s always fun to see him. Jerry Della Femina was there—a whole bunch of guys I hadn’t seen in a long time. And Ed McCabe of course, he’s a character.

Do you look back fondly on those days?
They were the best days. I know I worked closely with Ed [McCabe] on a number of things. It was terrific, because we loved what we were doing and we had fun doing it, those were just good years. And it was during the so-called Creative Revolution, and looking back on it now, those days were the best. And I think I got out just in time, because I think the advertising business isn’t what it used to be. Clients are different, what agencies are allowed to do is different. From what I hear from a lot of people in the business, it’s not like it used to be, so like I said, I’m glad to be out of it.

I had a great run. My reluctance to get involved goes back to the fact that I spent about 40 years in it and I just used it all up. When I left, I didn’t look back, I just went on. I loved what I did, but now I’m spending all my time with myself and my family.

The BMW slogan that your agency came up with nearly 40 years ago, “The Ultimate Driving Machine,” is still being used today. Avis still uses Paula’s slogan from the 1960s. Why do they endure?
Because they work! Clients tend to get tired of these things and then they change them, and then they see that sales are suddenly affected, and then they jump back to it—it never fails. A couple of years from now another marketing genius will step in and say, let’s do something different, let’s sell the car based on price—I mean, that sounds silly but that actually happened to me one time, which doesn’t make any sense. So these terrific lines keep coming back because they work. We can see that line from the pitch for the business back in 1974, that’s what we presented in Munich to the BMW board. And it perfectly describes that car and the experience that you get driving that car. And that’s why it works.

Fortunately at BMW, the company is run by engineers, and that’s why that product is as great as it is. And as long as they are in charge, it will remain.

Was BMW your favorite client?
We had a lot of good clients, but they were special. They were really the first client that we had. We had some smaller things when we first started because we started with no business. And when we got the BMW business, that was really the beginning of us because it was so important. We got the news about the fact that we won the account when we had 11 days of money left, so that was a tight one.

Was that an exciting time for your agency back then?
It was exciting because we started something from nothing. When we left Ally and Gargano we didn’t even attempt to take any business because of our relationship with Carl and Amil, we left on very good terms and we didn’t want to do anything to hinder that. But it was our time to get things started, and we got an amazing account and product. In 1974, nobody knew what the hell a BMW was outside of a few car aficionados. People thought it was British, which was probably one of the worst things you could say about it because British cars weren’t known for their reliability. But it was an important thing for us and we had it for over 20 years.

We also had UPS, Mastercard, Club Med and a number of other accounts. They were really good pieces of business. We were always very careful with the kinds of accounts we got involved with because we knew that one bad client can cause a lot of trouble at an agency. You end up screening them as much as they screen you, and we went after some good clients with good products.

So what are you up to these days?
Golf and cars. I have a couple of nice cars and I enjoy them.

Yashashree Samant Does Bigger, Better With T-Mobile
"With graduation around the corner, I’ll have one more post-it to add on my wall of things to do– find a job." 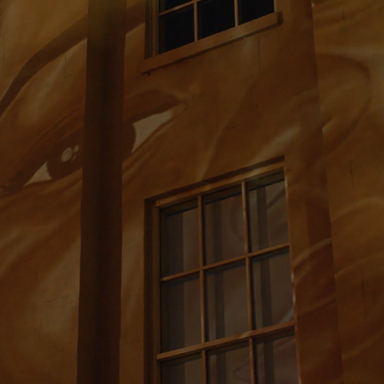