Keep Your Night Job: Interview with The Cold Irons

By Melanie Mahaffey and Adele Hazan Posted on May 01, 2013

The Cold Irons took a break from their day jobs across the city to sit down with us for lunch on asunny Monday in Austin, Texas. Each of them works full time as creative directors at advertising agencies.

Meet the boys in the band.

These guys didn't always lead double lives together, though. Though they met in the advertising industry and many of them had played in different bands with one another, it wasn't until fall of 2011 that they felt inspired to form a new band as a healthy creative pursuit outside of the office. As creative directors tend to do, they spent a long time debating over the perfect name before arriving at The Cold Irons.

"There's a Bob Dylan song and a Rudyard Kipling poem that put the Cold Irons over the top for me," says Anderson. "It was a defining moment. We took the lyrics and built off of that. Our first original song was based off of the poem."

"There's also really good folklore and traditions around cold iron—irons and metals that are cold to the touch and conduct electricity. There are traditions related to hanging a horseshoe above your door for good luck or hiding a dagger under your doorstep to ward off spirits," Jordan explains. "But it's mostly because of Bob Dylan."

They asked fellow advertising designer Brett Stiles to create a logo for them to make it official.
At times, their careers make it hard to separate the advertising from the music. But the fact that they are all in the ad business contributes positively to the band dynamic.

"There's a great understanding among the members," says Bayne. "We're a support group with instruments. We each know how the business is. These guys get it. We understand why one of us has to be out of town for long periods of time, why they're missing practice, why they're working late."

Coming from the same professional industry helps the members collaborate creatively. At their agencies, explains Rener, they work across many departments and also with clients to create something everyone can agree on. As a band, however, they have the final say. They don't have to sacrifice any creativity. And, when it comes to lyrics, it doesn't hurt that both Jordan and Bayne are writers.

When the conversation turns away from work, it becomes obvious that music is their true passion. This is something they put any extra creative energy they have into. While it's important to all of them to be good husbands and dads, they still find time for music.

They initially started the band to create new music. "We all contribute," says Jordan. "Somebody will have an idea to make it sound like something specific. Part of the fun is that everyone is equal within the creative process of the band whether it's writing lyrics, designing shirts or posters. Everyone has input on all aspects of the band."

As avid consumers of music, they can't help but be inspired from those who preceded them. They cite musical inspirations like Bob Dylan, George Jones, Merle Haggard, Wilco, Steve Earle and more. Although, Zach specifically mentions Beyonce: "Only her."

Along with their original music, many of their shows feature covers of some of these artists, although Beyonce covers don't seem to be in rotation. They're particularly fond of "Big River" by Johnny Cash, "Look Out Cleveland" by The Band, "Via Chicago" by Wilco, "Wheels" by Gram Parsons and many more.

The band has played around Austin at venues like The Mean Eyed Cat, Carousel Lounge, Hotel Vegas and the now infamous Jovita's, where The Cold Irons played the venue's last-ever show.

Last June, it was reported that this well-known and frequented venue was shut down by the feds for drug laundering. That night, The Cold Irons were the last band to play.

Rener gave us the play by play: "[That] night, we played to a very empty house, just our wives and children and a couple of federal agents. Someone was asking about our band and casing the joint because they knew the raid was about to happen later that evening. The show ended up sounding great. We all saw the door close and lock for the last time, and the very next morning we found out."

"Every news story that was up the next day included a photo under the marquee that had our name on it," explains Jordan who was the first to see it.

The band immortalized their coincidental local news fame with a T-shirt. They sold them to friends and fans and gave a portion of the proceeds to the SIMS Foundation, which provides mental health options for Austin musicians turning one venue's misfortune into a good thing.

The Cold Irons show that it can be done, that there is a way to find time for career, passion and family without sacrificing. The Cold Irons are living (rocking) proof. They have advice to fellow ad folks who hope to start a band: Be flexible, book gigs and work with people who inspire you. Seems the same advice could be applied to those who want to work in advertising. 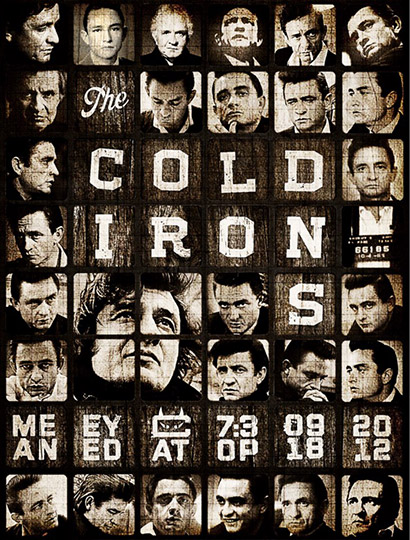 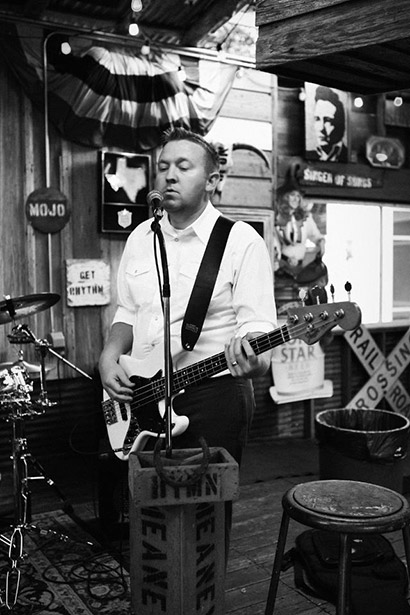 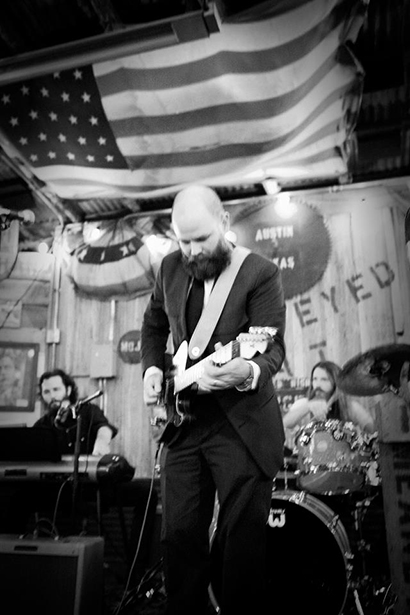 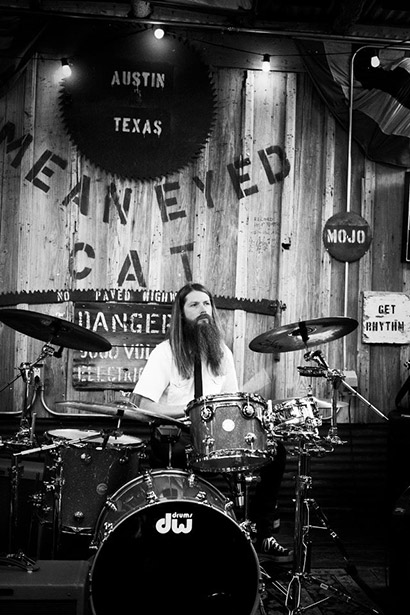 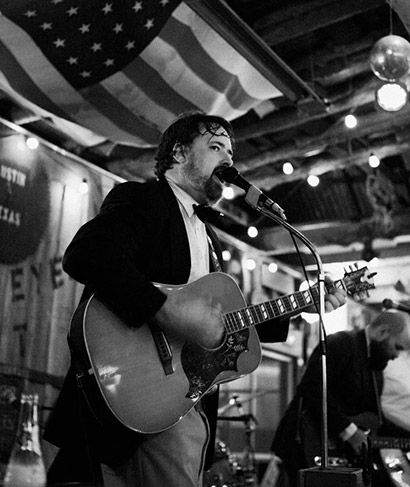