Of all the professional comedians and funny people in this business, you want me to co-host a comedy workshop? Funny.

Wait, you want Bobby Hershfield and I to teach Internet comedy? Ok, that’s hilarious. Because I kind of hate the Internet and I’m pretty sure Bobby has never used it.

Ok, ok. It’s more of a love hate relationship and Bobby emails his mom on the reg. The Internet has done some pretty cool things for comedy. Hilarious one-liners are pouring from Twitter that used to require a two-drink minimum.
But at the risk of sounding like the grumpy old man I secretly want to be, the Internet, kids, can be a dangerous place.

Take what it’s doing to the late night format. More and more they feel less like a written hour program than succession of YouTube-able clips. Not to say you can’t do it well. Look at John Oliver. He manages to pull off a cohesive show but his Main Story pieces hold up anywhere.

But here’s my real issue. This infinite cornucopia of tweets, sites, clips, news parodies, library of standup routines, makes comedy seem like an easy feast of fun. And it can be. Cracking a good line, according to Sam Kinison, actually beats doing them. That’s a hell of a job perk.

But it’s not an easy score. The class clown on stage has to be a nerd behind the scenes. You have to become a relentless student of your heroes. Then turn around and do something completely different. You have to try and fail and fail and fail. While watching failure is funny, it sucks when you’re the one doing it. Believe me, I know. I did stand-up. Once.

Ok, so comedy is hard. You can either slowly chug the uphill road with no guarantees. Or you can steal. You wouldn’t be the first. But back in the day you had to lurk in the shadows of comedy clubs and take notes. With a pen, probably. Today the Internet has practically granted permission to plagia- rize under the guise of a “repost.” Take The Fat Jewish. The guy has more followers than Richard Prior sold tickets, but his price of entry was just some dedicated Googling. To put it in perspective, Prior set himself on fire. Plus there was all that difficult, unsexy staring at a blank page time.

The Internet is just a stage. Internet comedy is just comedy. And comedy is a whole lot of heaving and hoeing until you hear your first legit “ha.” 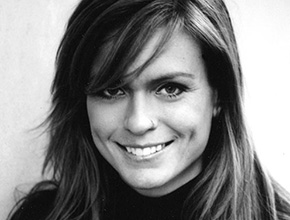