Dasha Chukhrova: Into The Machine

Moscow-based animator puts the ADC Cube through the machine in Part Three of the ADC Annual Awards campaign.

Dasha Chukhrova is a young Moscow-based illustrator and animator with a penchant for the absurd, creating characters anfd envirnoments out of thin air without know exactly where the idea will go. Her free-spiritedness made Dasha a perfect pick to take the ADC Cube on the next phase of the six-sided journey.

We had a chance to chat to Dasha about  "The Cube: Part Three", as well as get a taste of what the animation scene in Russia is like.

What made you want to become an animator? How did you go from "I like cartoons" to "wait, I can make cartoons!"? 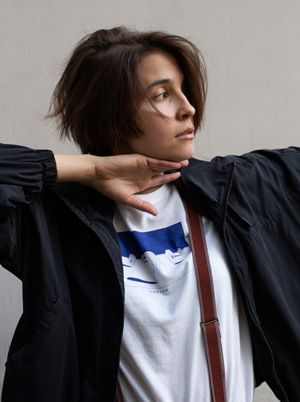 I liked watching cartoons during my childhood, especially the Nickelodeon channel, which I could watch the whole day. I guess that would be my first influence.

During my teenage years I was studying at Lyceum of Information Technologies, where we had several classes about animation, although I never seriously thought about being an animator at that time. Later, I went to British Higher School of Art and Design in Moscow, where I figured out that I actually could to do something like that.

How did you learn your craft? How much of it was self-taught versus learned in school? Did you have any mentors to guide you in the beginning?

I studied Illustration, and we had fantastic instructors who showed us that Illustration has different perspectives. We also had several workshops with people from the animation world. That’s how I became interested in moving images. But I had to learn some things by myself. So, I would say it's a mixture of different sources.

What's the best way to describe your style? There's a certain weirdness to it…

(laughs) That’s a tricky question — I would say that my style is about absurdity, geometry and yes, weirdness!

How did COLLINS approach you about being involved in this project, and what made you interested in taking it on?

COLLINS contacted me and asked me If I’m interested in this project. I liked the theme and character, that’s how I became involved in it. I was free to interpret their instructions but still had some direction. When I started making first scene, I had Geefwee Boedoe's opening titles from Monsters Inc going through my head. I liked the spooky and playful atmosphere in titles, so I tried to use the same approach in my animation.

"I would say that my style is about absurdity, geometry and yes, weirdness!" 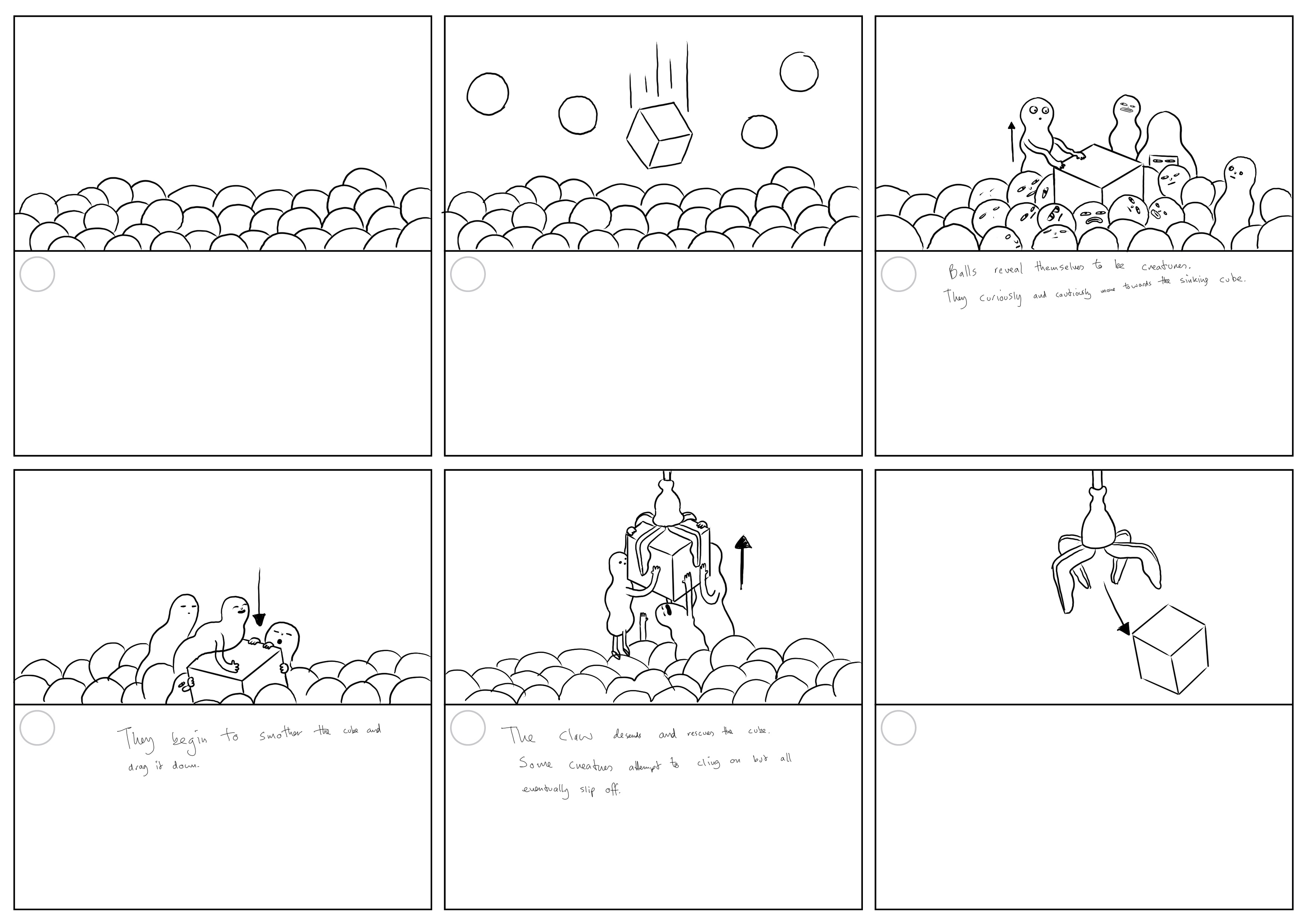 How do you feel your part of the project turned out?

Overall, I’m happy with the result. I’ve tried to experiment during the process. The only thing I would do differently is to add more neon and juicy colour as it's something I’m attracted to.

Yours is the third installment of six. How is it all coming together so far, considering that you didn't know exactly what the other animators were doing?

I was impressed by the works of Golgotha and Laurie Rowan — super great results! Our styles are different but I guess that’s what makes this project so interesting. Besides that, I loved the sound design made by John Poon, as well as the main titles. They capture the mood and unite all pieces.

We don't often hear about Russian animation here in the US; here's an opportunity for you to play the role of amabssador and fill us in a bit!

There are lots of talented artists and animators in Russia, such as Arina Shabanova, Olesya Shchukina and Max Litvinov. The Big Cartoon Festival' is taking place in Moscow right now, with interesting programming. There are lots of works that just have to be seen and artists ready to be recognised around the world!

What kinds of exciting projects can we expect in the near future of Dasha Chukhrova?

Right now I have some animation and illustration projects connected with music, so I’m pretty excited. I love music and when these things come together I’m more than happy.