Last spring, Droga5 interactive creative director Neil Heymann partnered with client Bing's digital producer Andrew Allen on a book promotion for hip-hop entrepreneur Jay-Z's memoir "Decoded." It involved the gargantuan task of placing 320 pages from the first-time author's memoir in geographic context, all over the US. And while they expected challenges, they were unprepared for those they got.

"From a production standpoint people often ask me how hard is it to get a page in the bottom of Miami's Delano pool, or on a pool table," says Allen. "But those were some of the easier tasks. The more difficult ones involved convincing giant agencies—that do nothing but billboards all day, whose crews are also used to doing things in a certain way, and who have processes, rules and regulations in place—to do special and unique things. That was a lot more complicated than putting a page at bottom of a hotel swimming pool."

But somehow they succeeded, resulting in the campaign "Bing with Jay-Z," involving billboards, social media, mobile apps and interactive games. First, fans were encouraged to log on to bing.com/jay-z in October and November of 2010, and follow clues to Bing Maps' locations. There, pages were blown-up or layered on actual surfaces that included a rooftop in New Orleans, cheeseburger wrappers in New York City, a pool table in Jay's 40/40 Club, a guitar, records in jukeboxes and a 1980s Cadillac parked in front of a Run-DMC mural in Queens, New York.

Anyone who unlocked a page online or in person could win that page signed by Jay-Z or tickets to a Jay-Z/Coldplay New Year's Eve concert. Whoever managed to decode all 200 clues won admission for two to any Jay-Z concert anywhere on the planet for life.

Jay-Z, who had worked with Droga5 previously on a project for Rhapsody, stipulated launching his book in ways that represented his trademark brand. "Jay-Z doesn't do anything in an expected way," says Heymann. "This was his first foray into a literary field and he wanted to put his name on the map."

It was a highly collaborative process. "Bringing these two entities together, Bing and Jay-Z, added another dimension to the project," he says. "The concept was to tell the story in the places it happened. Writer Jon Kubik and art director Adam Noel literally spent hours dissecting every page, weighing up relevant places. The plan was in the works for six months, followed by three months of preparation."

It involved about two and a half months of production. "It was a massive undertaking, with around 30 people from different disciplines and practices, including photographers, designers, art directors, writers, creative directors, producers and miscellaneous others helping in communications," says Allen. Then Bing put out five to ten pages per day, for 30 days, with a crew at each location that included a driver, photographer, art director and installers. "The photography became the online page, which was delivered via wireless to a crew here, then retouchers and communications managers put it on the site," says Allen. "And we're also planning the next day. So it really did run 24/7 over 30 days."

But as a result the book got tremendous exposure and entered the New York Times Bestseller list at number two, where it remained for 15 weeks. During the course of the game, about one million fans logged on to the book's Facebook page, which released clues daily. For Bing too, it was very successful. Not only was it the first time they were among the ten most visited sites in the world list, but they also increased their trial and relevancy with a young target audience. "Everyone involved was committed to this being a really cool part of the marketing," says Allen. "They were willing to do that task for the 47th time, so we could be as flexible as possible, even if it required exponentially more work."

The project was unprecedented in a number of ways, and a lot of it was at odds with the way media is usually placed. "Because location was so critical, we required our media partners to work with us in a very different ways. Marketing within the publishing industry is fairly standard," says Heymann. "There's usually a billboard and a subway ad with the cover image and quotes. It doesn't go beyond talk show appearances after that. So, something like this, on this scale, was very different for the publishing industry."

For Jay-Z, says Allen, it was about doing something no one had ever done before. "We're really proud of creating something that benefited both Jay-Z and Bing, and that also created an experience that people got involved with," says Heymann. 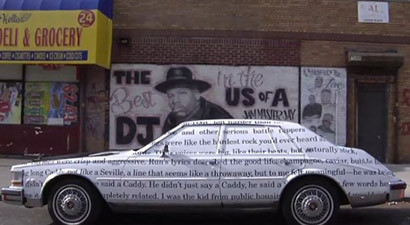 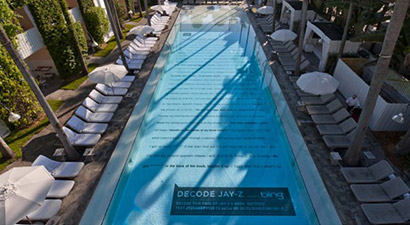 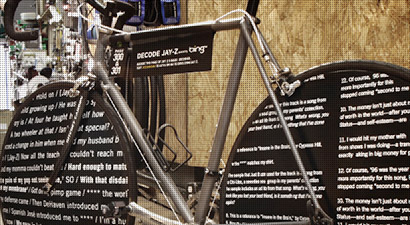 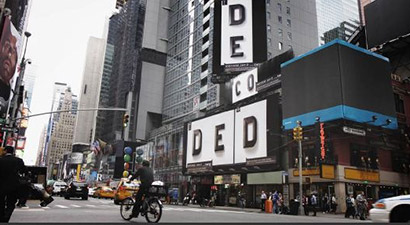 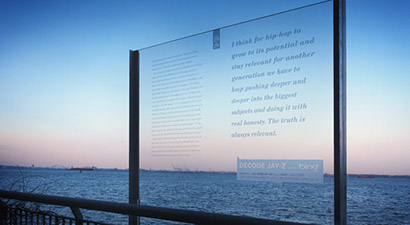 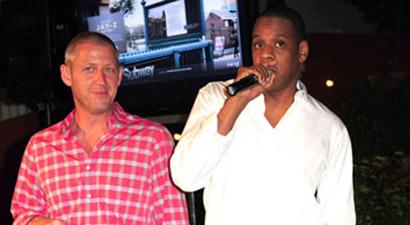