Next Monday, September 18, we are proud to add a new educator into the Hall of Fame — accomplished Martin Agency alum turned legendary founder of what is now the world-renowned VCU Brandcenter, Diane Cook-Tench.

When I started in the business, there weren’t portfolio schools. But there was a popular night class. It often took place in your kitchen with a yellow pad, a marker and one textbook: The latest One Show Annual. You never met your teachers. You just knew their names and their work: David Abbott, Tom McElligott, Jeff Goodby, Dan Weiden, Lee Clow. That’s when I first came across The Martin Agency and an art director named Diane Cook Tench. The ads she made and I studied were often some of the best in the book. Why not? Her writer was Luke Sullivan and her bosses were Hall of Famers Harry Jacobs and Mike Hughes. Diane was already a trailblazer back then, becoming the first woman to serve on Martin’s Board. And when she left Martin in the early 90s, she wasn’t finished breaking ground. And teaching. One day, she invited Mike to coffee.  She had an idea she wanted to bounce off her former boss. "What if I started an ad school right here in Richmond?  With professors who were star art directors, writers and planners, classes that were based not on theories, but on the real world. And the students would be of the highest caliber, hand-picked by me and a board of the industry’s biggest names.”

Mike looked at her and laughed. “You are crazy. No, really crazy. This will never fly.”

Well, Diane didn’t listen. She took the idea to the very top at VCU and after months of cajoling – with a little help from Mike and many others – Diane won. And so in 1995, Diane started the VCU Ad Center, the foundation that is today the world-renowned VCU Brandcenter.  The impact of Diane’s idea can not be overstated. Hundreds of graduates have basically created and shaped the current business of advertising. Many of you probably know a graduate – or ten. Because you can find them working at the best agencies or in-house shaping the thinking of the top brands in the world.

Sure, you can still get a first-rate education paging through a One Show Annual.  But if you want a master’s degree in what we do, you attend the VCU Brandcenter.  Thanks to a force of nature named Diane Cook Tench. 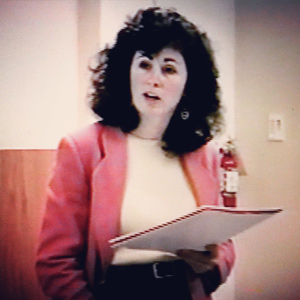