Feeding the World, One Picture at a Time

Whether cooking up masterpieces in the kitchen or eating them in restaurants, most foodies are probably guilty of taking a photo of the meal and sharing it across social media platforms. A great presentation means a great Instagram opportunity; who doesn’t want the world to be impressed?

Feedie, a new mobile app that allows users to take pictures of their food and share it, capitalizes on this picture-taking phenomenon. But the app goes one step further. For every food photo shared, the Lunchbox Fund, a non-profit organization dedicated to providing food to impoverished children in South Africa, donates a meal. The Lunchbox Fund enlisted creative agency Tribal Worldwide to help create the first philanthropy-driven foodie app.

“Everything about the app, at the end of the day, was about embracing the foodie experience and using that experience to do good in the world,” said Rich Guest, U.S. president of Tribal. “Or as we say, ‘Turning foodies into feedies.’”

The app allows users to check-in to restaurants like they would on Foursquare, and then post pictures of their meals while tagging the restaurant. For now the restaurants are mostly based in New York City, but the nonprofit hopes to expand in the future.

When a person posts a photo from a Feedie restaurant, the restaurant donates 25 cents, or the estimated cost of a meal for a child. To become a Feedie partner, a restaurant makes a tax-deductible donation of $500, or 25 cents per photo. The total donation goes directly to the children in South Africa and, in return, the restaurant receives 2,000 photos a year. If a restaurant reaches its photo limit, Feedie offers top-up packages.

As soon as a diner posts a photo, other users will not only be able to see the delicious food or tempting glass of wine, but they will also see the restaurant name. The app kills two birds with one stone—promoting philanthropy while providing the secondary benefit of promotion for the restaurants that partner with Feedie.

Everything about the app is reminiscent of a restaurant experience—a conscious decision by Tribal Worldwide. The agency wanted to keep that feeling alive within the app, and it does so successfully. For instance, the background looks like a wooden texture, similar to a restaurant table.

When people want to take a picture, the app automatically warns them that the flash will be turned off. But what if it’s too dark to see the food? Don’t worry, it recommends using a table’s candle. The reason for this feature is to be conscious of other diners’ experiences.

Guest refers to the relationship between Feedie, the Lunchbox Fund and restaurants as an ecosystem.

“So much of this program relies on great relationships with our partner, restaurants and restaurateurs,” Guest said. “We really want to be sensitive to their concerns about the dining experience, and how photography can either enhance it or distract from it.” 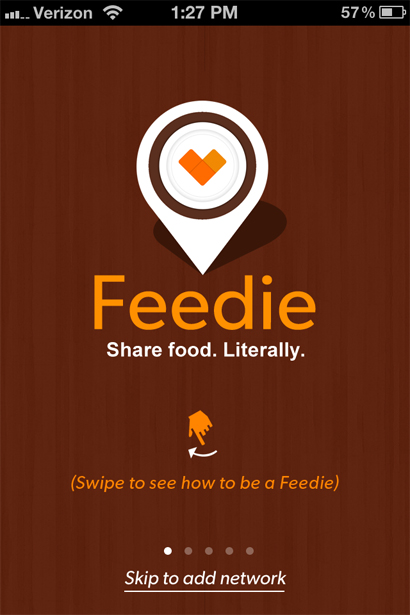 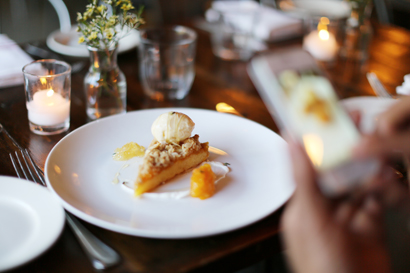 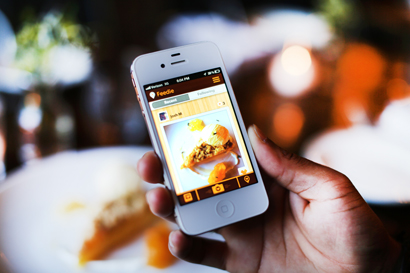 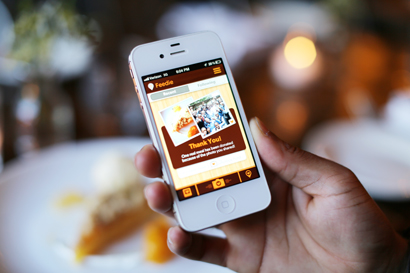 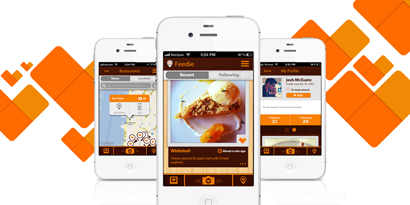