One Club Member and writer Gabriel Sehringer authored America First and collabed with Clarice Cho for the illustrations– this project’s goal is to make American’s aware of the truth. For only five dollars you can digitally download this quick read, learn a thing or two, and support Vote Save America. With the presidential inauguaration around the corner, we are ready for the new energy 2021 is going to bring.

Our right to vote is sweet and we couldn't miss a beat to learn more about Gabriel's book America First*.

Why did you decide to write America First*? 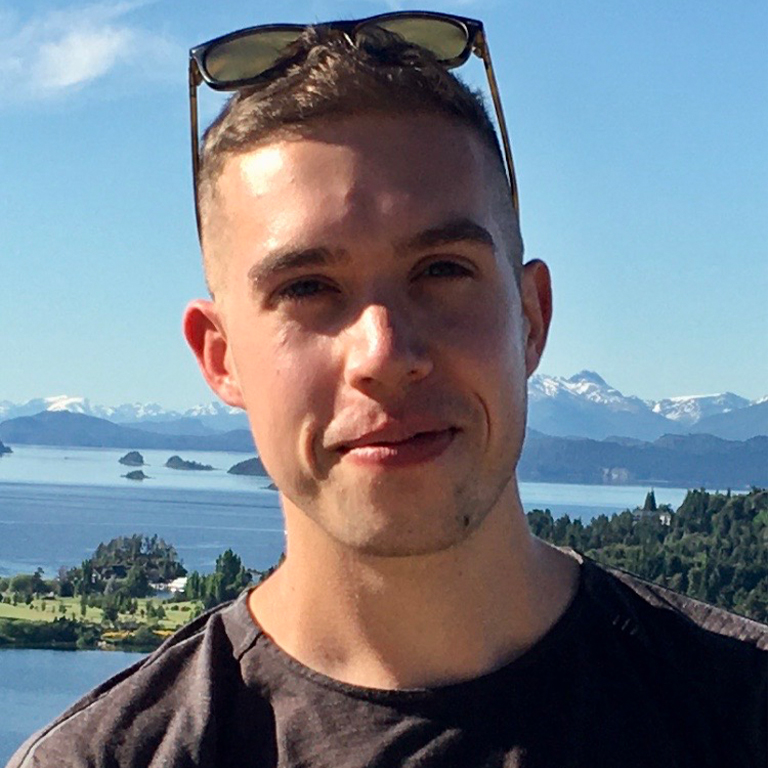 The process started earlier this summer when the U.S. first set the record for most COVID cases worldwide. Thinking about that unfortunate title led me down the rabbit hole of wondering what other unsavory records our country owns. Turns out it’s a lot.

Trump’s presidency has blurred the line between patriotism and nationalism. To him, foreign policy is a zero-sum game where America “wins” only when other countries “lose.” He campaigned on the statement that “we’d win so much, we’d get tired of winning.”

So we turned Trump’s America First platform around to show the ways America is really leading the world — in incarceration rate, miles of oil pipeline, and a whole lot more.

When Clarice and I initially discussed that idea, we brainstormed a bunch of different ways this project could come to life. We ultimately felt a book would best flesh out our thinking, let us have some fun, and be a cool, sharable end result.

"So we turned Trump’s America First platform around to show the ways America is really leading the world — in incarceration rate, miles of oil pipeline, and a whole lot more."

What's the style of America First*?

It’s an illustrated narrative poem, brought to life as a book. The first few pages introduce the concept, and then each page focuses on a different way the U.S. is in first place. We took inspiration from how books like Go The F*** to Sleep pair an innocent illustrative style with a contrasting irreverent message.

We decided on a digital-only release for a few reasons. Most importantly, it was much quicker and cheaper to launch — meaning we could truly pass 100% of purchases on to fight voter suppression and ensure a fair election.

What are a few main themes in this book?

We hit on major themes like healthcare, criminal justice, and energy policy. While the U.S. leads the world in plenty of other categories — unused gym memberships, citizens named Pitbull, etc. — it felt fair to focus only on issues the government we’re critiquing helped create.

Defense spending is 100% the fault of the administration and our country’s rate of climate change denial, is the result of years of misinformation and willful ignorance by a group of elected officials (including the president).

Take me through the physical and mental process of writing and putting together America First*?

First, we spent a week or so doing extensive research on the issues we wanted to cover — fact checking across sources and ensuring we had reliable data. Then, I spent several days writing and revising with Clarice’s feedback and input from others. Once we were pleased with the story and the writing, we brainstormed visuals and possible illustrations. From there, Clarice storyboarded and did a rough outline before doing the final illustrations, adding color, and putting the book together.

Amazingly, the URL www.AmericaFirstBook.com was available, so you can get a copy there.

What demographic/audience are you trying to target?

I’d love to say it was people who’d never considered the harmful impact Trump’s nationalist rhetoric has on our country, but that was always unlikely. Our audience is the people with whom the truth of our message resonates — that the most patriotic thing we can do is acknowledge America’s flaws and work towards fixing them.

"The most patriotic thing we can do is acknowledge America’s flaws and work towards fixing them."

Why did you decide to incorporate digital art, iconography, and lettering, with as you put it, the hypocrisy of American patriotism in POEM form?

We sought to entertain, inform, and stand out among the many creative political messages out there. Telling our story as one continuous poem felt like a fresh way in, and I drew inspiration from hip hop to give it a sense of rhythm — artists like Run The Jewels speak truth and power in their music in a way I can only hope to emulate.

Visually, Clarice’s unique background as a lettering artist really allowed us to create something distinct. She doesn’t come from a typical book illustration background, but rather than trying to mirror other illustrated books, she leaned into her own style. The result is something we feel is distinct and interesting.

How did you decide that you wanted to collab with Clarice Cho on this book?

Clarice and I both value political commentary as a form of creative expression and we have taken on similar activist work in the past — me through side projects and political stunts, and her through cause-related art and illustrations like redesigning "I Voted" stickers.

We had discussed collaborating in the past and this felt like the perfect project for us to take on together, given our shared interest in the subject and what we could each bring to it.

100% of proceeds went to fighting voter suppression this past election, where did you specifically give the money?

Yes, we’ve given 100% of the money brought in directly to Vote Save America’s Every Last Vote fund. Every Last Vote was launched to fight voter suppression across key swing states in the presidential election. They’re still taking donations in preparation for the upcoming U.S. Senate run-off elections in Georgia. So we’ll continue directing 100% of proceeds towards that fund, and they’ll in turn spread it across voter information and turnout efforts on the ground.

We’re pleased to have started a dialogue about what real patriotism looks like, and to have done our part — creatively and financially — to help move the country forward.

"We’re pleased to have started a dialogue about what real patriotism looks like, and to have done our part — creatively and financially — to help move the country forward." 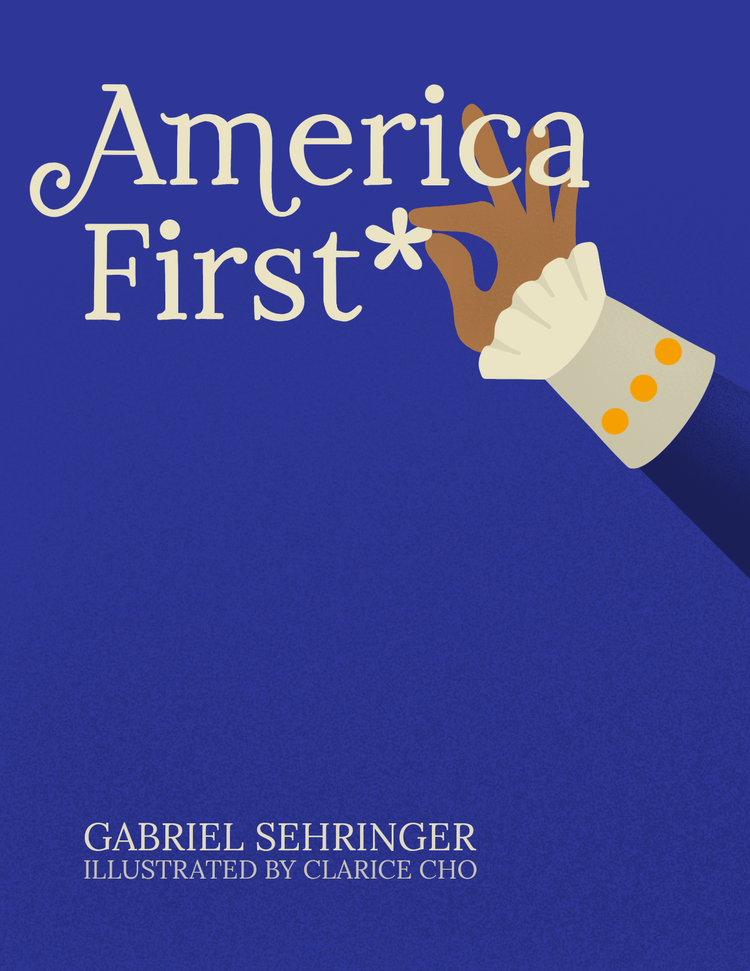 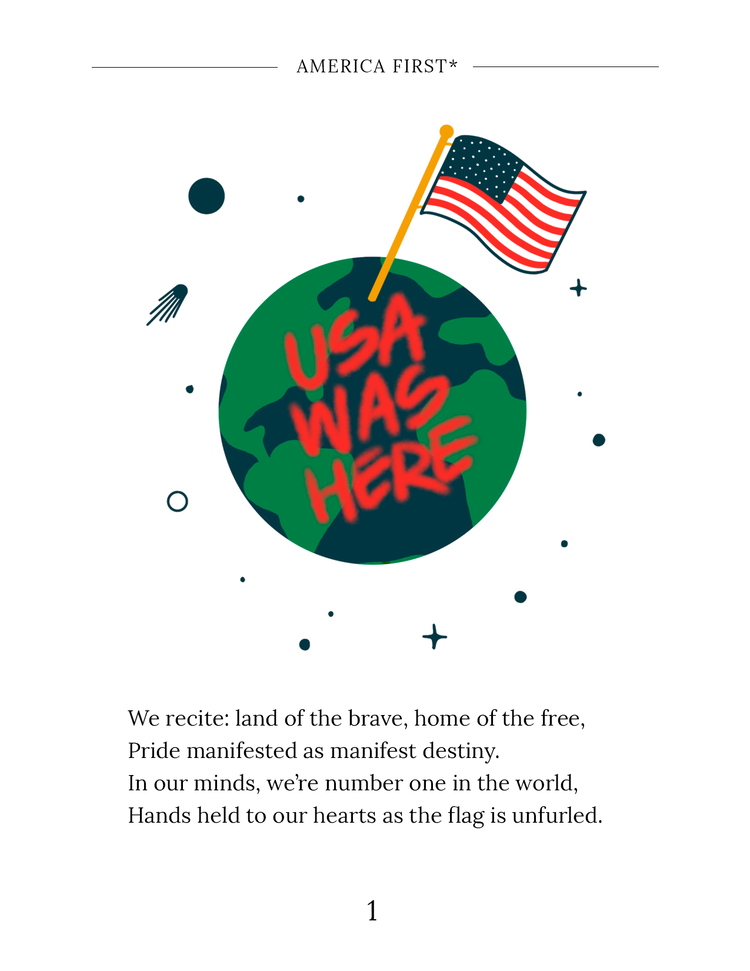 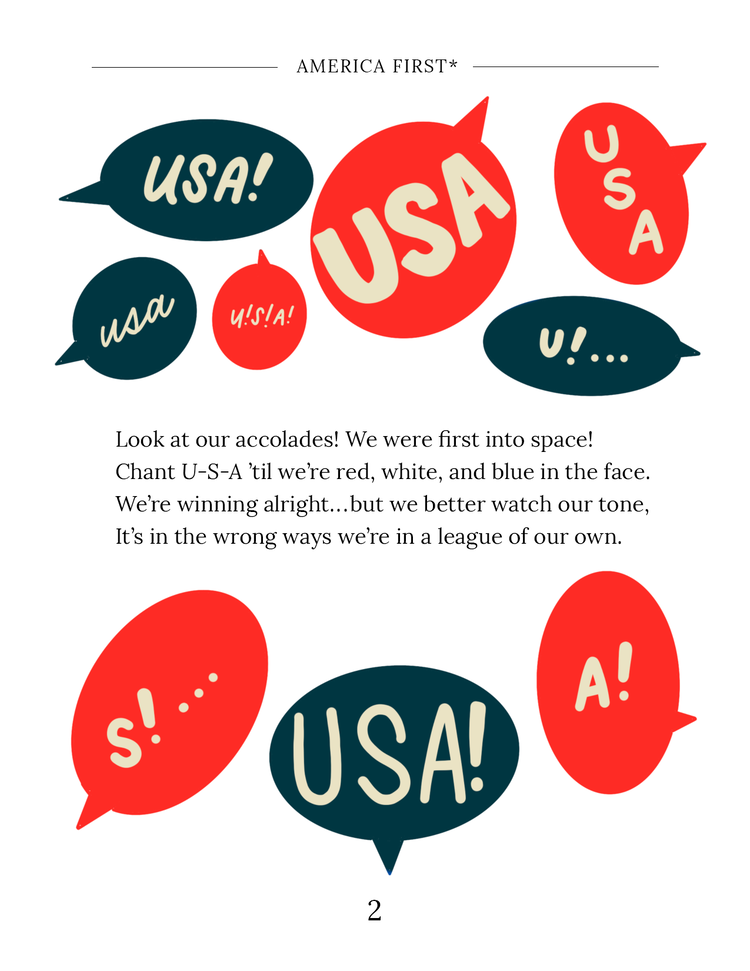 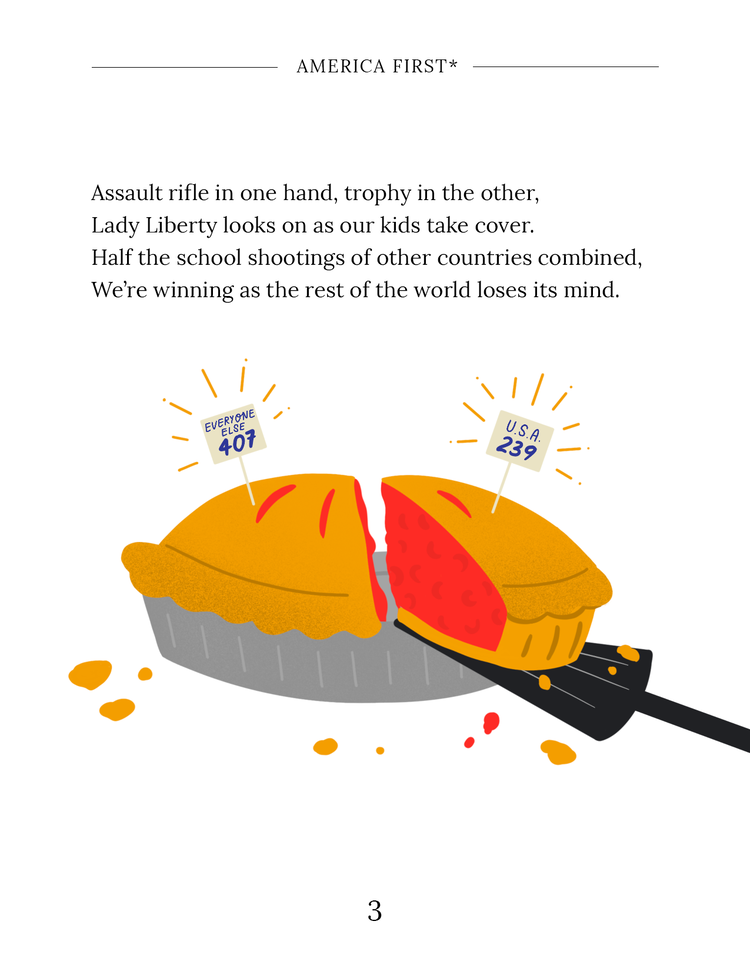 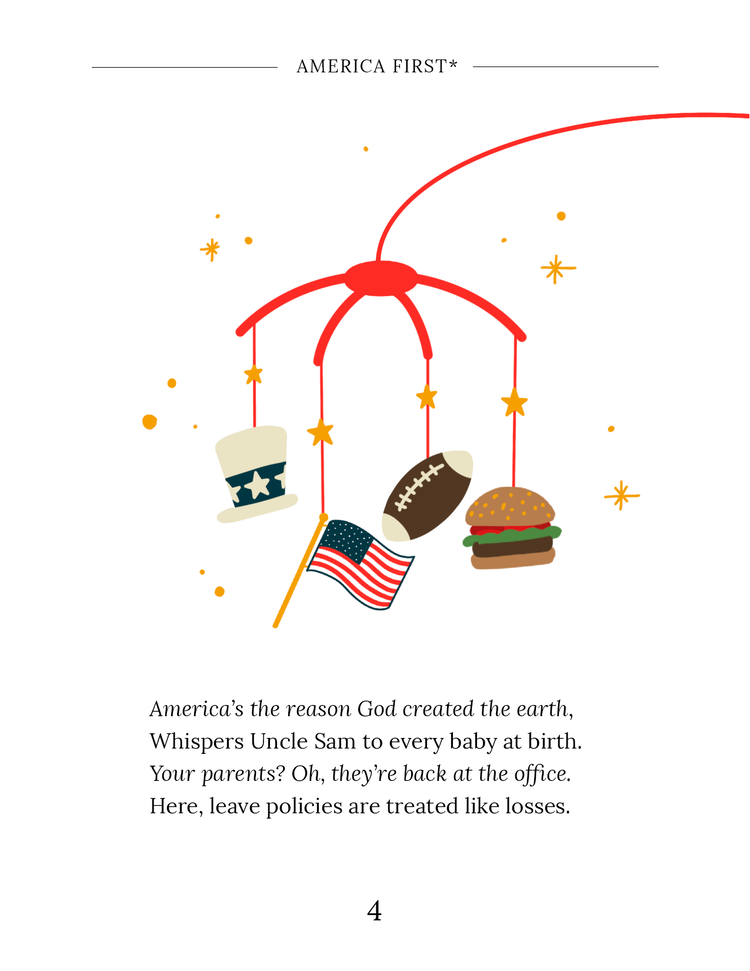 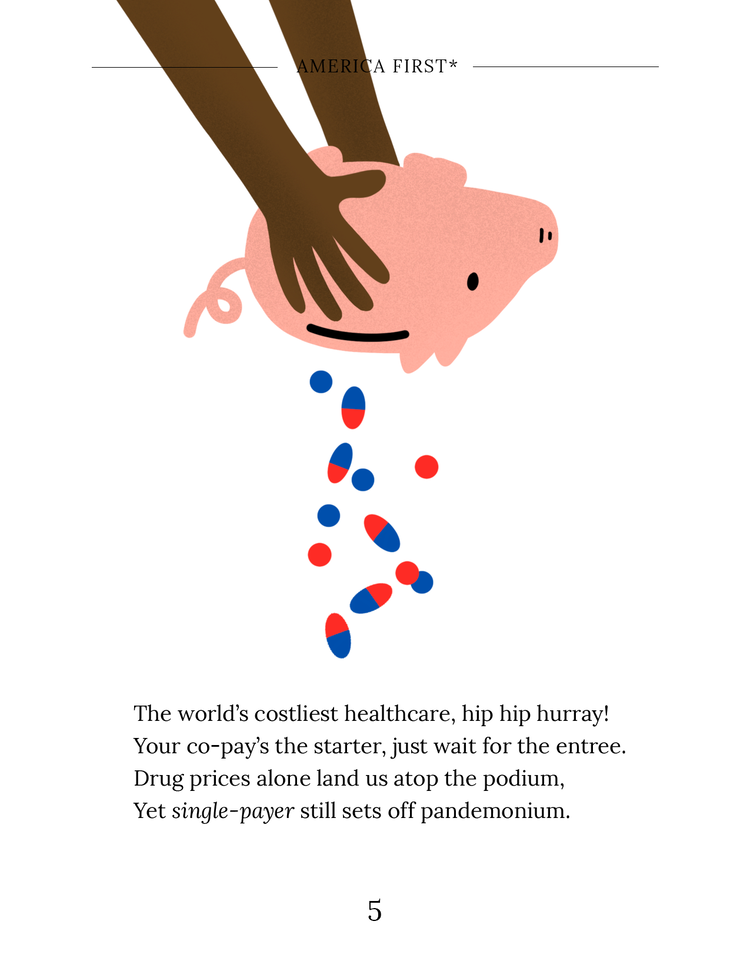