Back in the 1950's and 60's, before people decorated their houses with big blow up Santa Clauses and other big decorations, most houses had a string of lights and some window decorations that were made with Glass Wax. Glass wax is that white liquid that was used to cover windows, so people couldn't see in the store when it was being renovated or vacant. It is of course used for cleaning windows also.

This vintage ad was made by the great Campbell-Mithun advertising agency.

The agency was contracted by the Gold Seal Company of Bismarck, North Dakota. Gold Seal, the manufacturer of Glass Wax window cleaner was constrained by a small budget, however. In spite of this limitation, Campbell-Mithun created one of its most successful advertisements by encouraging the use of the window cleaner during the Christmas holidays. The ad campaign encouraged people to decorate their windows with festive holiday shapes such as reindeer, Santa Claus, sleds, and Christmas trees by spraying Glass Wax through stencils. When the product was sprayed on the window, it dried and created a white, powder-like residue. Upon removal of the stencils, the decorative holiday figures remained.

Yes, that is Groucho's sidekick George Fenneman teaching us the technique. 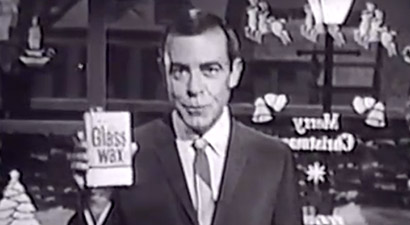 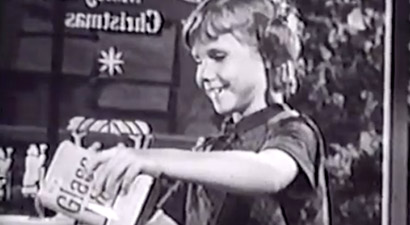 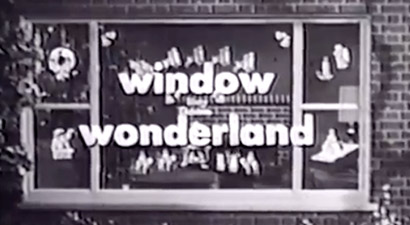 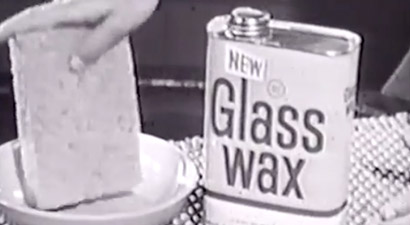 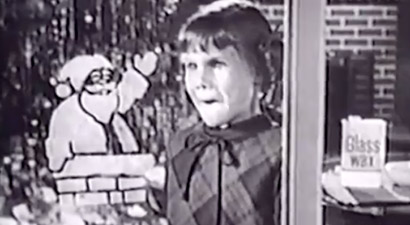