One Club Member brightens up Manhattan with a series of murals

One of the great things about living in New York is the visual feast you can indulge in no matter where you go; from the Upper West Side to Williamsburg, there's plenty of graffiti, murals and other street art to illuminate your travels.

If you happen to be near 6th and 16th in Chelsea, you just might stumble across some art that's even more vibrant than the others. This wall is the handiwork of Brooklyn-based artist, designer and One Club for Creativity Member Jason Naylor. Usually working for fashion and beauty brands, Jason jumped at the opportunity to  get paint-spattered and dirty for a positive message.

We had a chance to meet up with Jason and chat about his colorful creations.

This is some pretty high-visibility work, so kudos to that! How did this project come about? 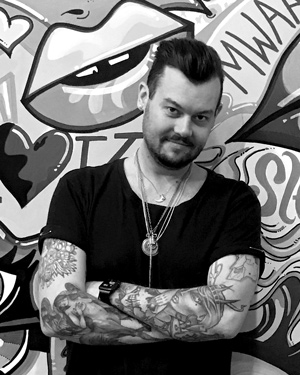 The project started out as a competition for the commission, held by StonehengeNYC, to find an artist to paint this wall they had on one of their buildings. To enter I had to submit a proposal for the wall, which was then chosen by StonehengeNYC to proceed to the final round, which was “the popular vote.” Finalists had their designs posted on StonehengeNYC social media channels and whichever piece got the most engagement (likes, comments, shares, etc.) would be the winner.

I won the competition and then painted the first wall, which I think was a great success! Everyone responded positively to the message “Live Life Colorfully,” especially in the Chelsea neighborhood where it lives, and the community seemed stoked about it.

StonehengeNYC then approached me, explaining that they had other “dead” wall space on other buldings and had envisioned using it in some way to spread some positivity throughout the city. They ask if would I be interested in expanding the project and painting some more walls. I, of course, was delighted! So we had a brief conversation about my vision for the next wall and I did a few concept drawings, and we agreed upon the final design for the 2nd wall, “Love Comes in Every Color.”

How did you develop the idea behind this? Did they give you an idea of what they were looking for, or were you free to do what you felt was right?

The original idea for the “Live Life Colorfully” was based on an ongoing theme in my work, which is about being true to yourself. I thought this message would be a good sell for that neighborhood, and it seemed like a colorful piece would resonate with people who had to walk by this mural every day and see it. As for the second one, when StonehengeNYC said they wanted to spread some color and positivity, I thought, 'what could be a more perfect common thread for more messages than the word COLOR itself'? That's how the second message evolved. StonehengeNYC was totally on board, and I felt like I had creative liberty to persue as I saw fit, but ultimately they did approve the design before painting.

Give us a taste of your prep work, before the first bit of paint hits the wall. Do you work strictly manually, or do you do any of your concepting on a computer or tablet beforehand?

Here are some the sketches, and a few progress pics! I do use the computer, especially if the type needs to feel designed or graphic as opposed to hand made. “Colorfully” was designed on the computer and the rest was sketched out using ipad pro / apple pencil. 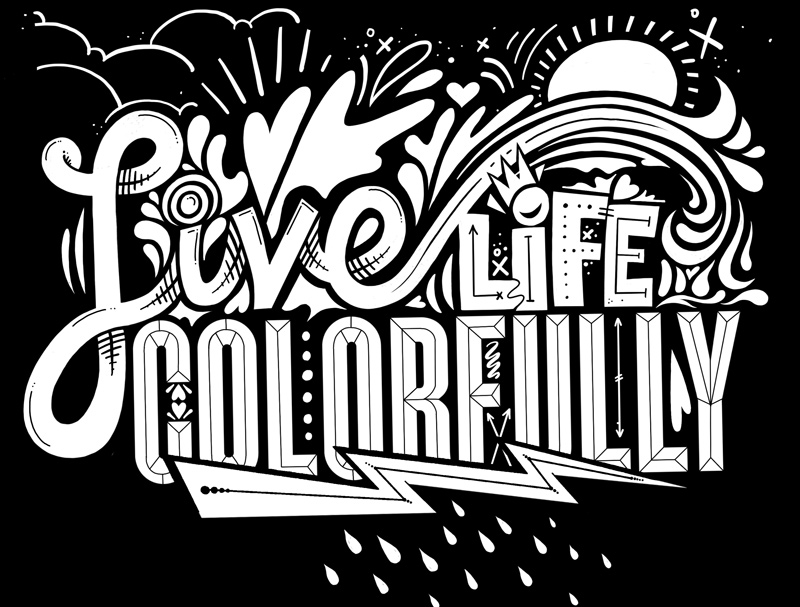 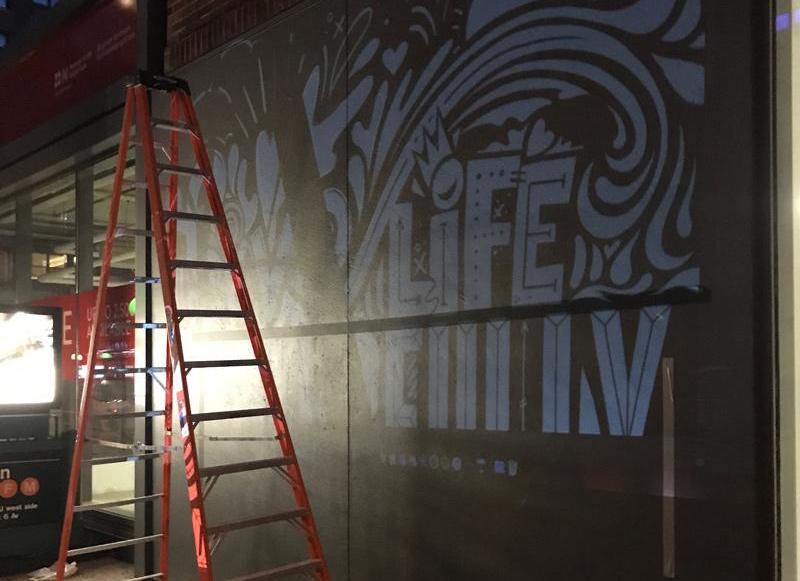 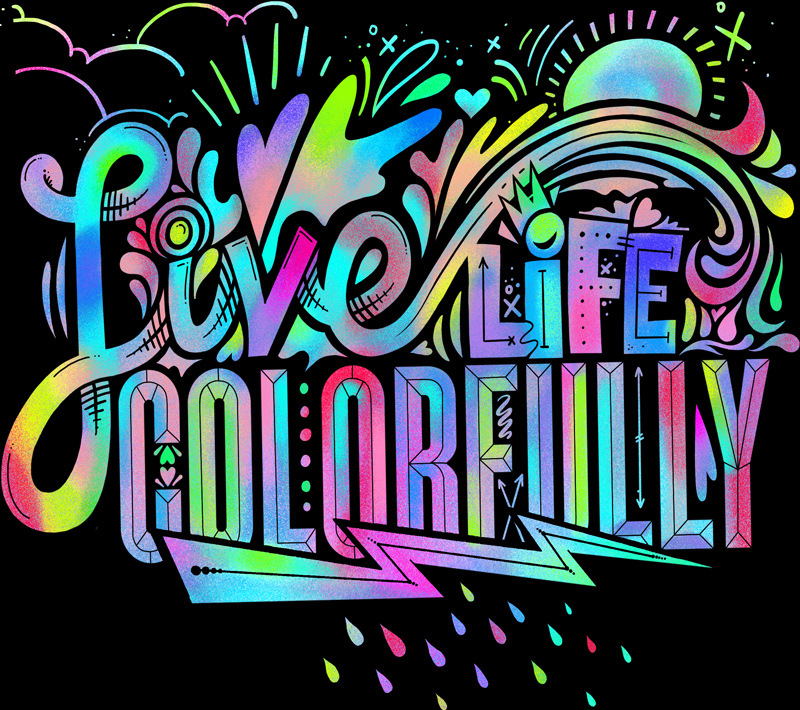 When you do murals, what are your personal “can’t live without” tools?

Well obviously spray paint! Montana is my preferred brand. Sometimes I employ projectors; I used one to get the outline up for 'Live Life Colorully', but I just used a measuring tape and masking tape for the other one. I use a lot of masking tape as guides, as well as to mask certain areas while painting. I also have a painters straight edge I use to make straight lines. I used Sharpie oil markers for little details. I used a stencil for the word “colorfully” which I had cut, so I had to do some measuring and design the stencil beforehand. And lastly, cardboard or stencil board, for masking and to make any little stencils I might need.

What’s been the feedback on this so far?

So far the feedback has been really positive! For the most part, everyone seems pleased with the work, especially the client, but also the tenants of the buildings, and the neighbors. The response on social media has been really huge; apparerently during Pride Week people were lined up to take photos in front of the “Live Life Colorfully” wall. But of course, during the painting process there is always a select few people who are angry or displeased by it. One guy stopped while I was painting the second wall to tell me I was “defacing” the building and proceeded to curse up a storm about  StonehengeNYC. It's kinda funny afterwards, but when it happens it's quite upsetting. I’m like, “i’m trying to spread a message of love and positivity here, and you’re sorta ruining it!” (laughs)

What’s next on your horizon?

Next will be a few more walls around the city with similar designs and messages. I also will be moving indoors with StonehengeNYC, and painting some of the walls in their gym facilities. That brief has not happened yet but I am hoping to do something similar but with messages of motivation, like “Run for your dreams...” or something like that. Maybe I’ll recruit a copywriter to get involved!