Johnnie Ingram Gets Under Your Skin

One Club Member makes tattoo ink for (and out of) Indian Motorcycles.

When you're naturally talented and passionate about something, they say it's 'in your blood'.'Los Angeles-based Creative Director and One Club for Creativity Member Johnnie Ingram is taking that phrase to the next logical, literal step, as part of a project for Indian Motorcycles. Johnnie and his team converted motocross and motorcycle legend Cary Hart's burnout into actual tattoo ink.

In our latest Members feature, Johnnie takes us behind the scenes and into the tattoo parlor.

How did the idea for this project come about? 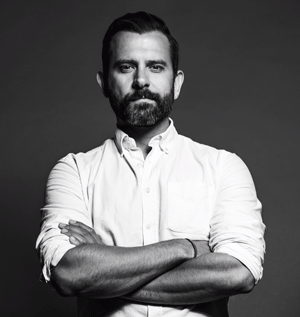 Throughout my career I’ve found that the best ideas rise to the top, but often fail in execution. The client was very excited about Indian Motorcycle Ink. Our biggest challenge was execution, and the obvious question: How the hell do you make a tattoo ink from a motorcycle burnout that doesn’t kill anyone?!

Great ideas can come from anywhere, but in this case there was a classic ongoing brief where Indian Motorcycle Company has a media partnership with Inked Magazine. Sadly, ideas for media partnerships often are sent away and come back ugly and unrecognizable. We loved this idea, so we had to guard it with our lives. (This was not easy)

What do you think made this an Indian idea, versus, say, a Harley-Davidson idea?

Let me channel my inner strategist for a second. (clears throat and opens Powerpoint) What makes this an Indian Motorcycle idea are the details. The story here is first about proving that riding is in your blood and passing along that passion to the next generation. This is reflected in the film where freestyle motorcross legend Carey Hart tattoos his son’s name on his neck using the ink that was made from the burnout from his Indian motorcycle. Which ladders up to Indian’s tagline “Be Legendary” (closes Powerpoint and takes a nap)

What were the challenges you guys faced when making the ink a reality? Chemistry is probably outside of the wheelhouse of most advertising creatives.

Advertising doesn’t often save lives, but we definitely didn’t want to kill anyone or have their skin fall off and be forever remembered as the creative that ended Pink’s marriage. (For those that don’t know, Carey Hart is married to the pop musician, Pink.)

This was definitely our biggest challenge. I like to get uncomfortable and learn new things. I’m also a gay man that is afraid of needles and prefers a hip spin class over riding motorcycles. Let’s just say I had to do a lot of homework to do.

To help with my homework, we enlisted the help of Franco Vescovi, co-founder of Nocturnal Ink, to make the ink successfully and safely. Franco happens to be Carey Hart’s go-to tattoo artist. That relationship made it easy for Carey to trust our process and our ink. 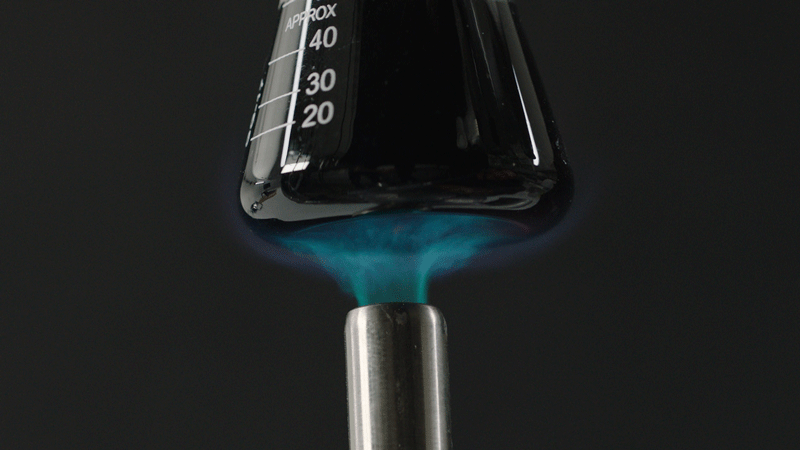 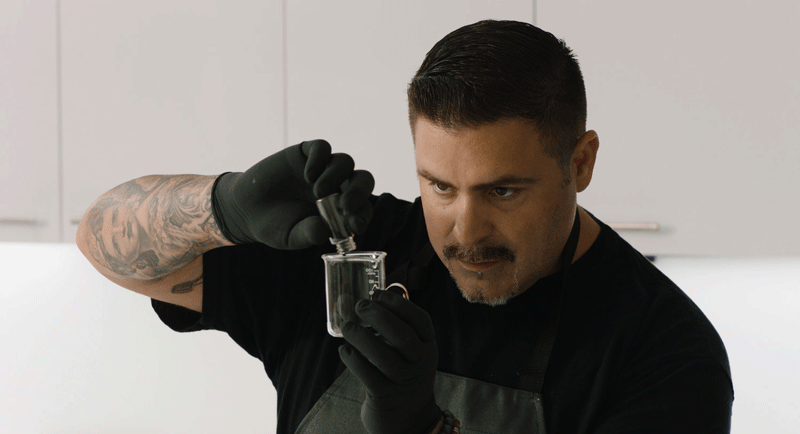 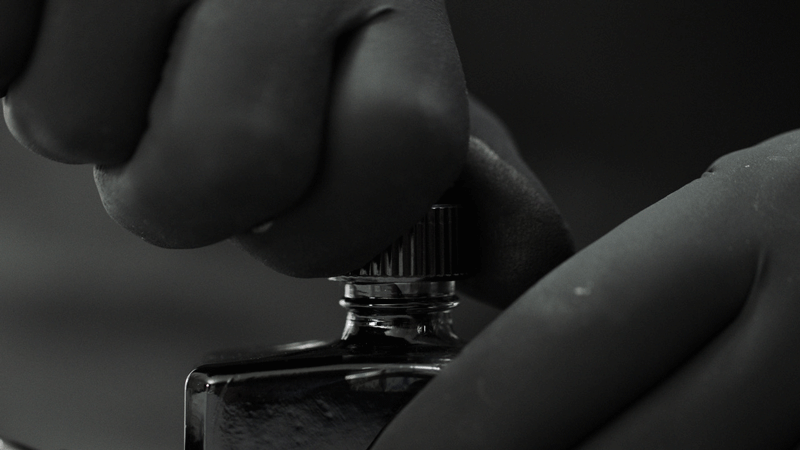 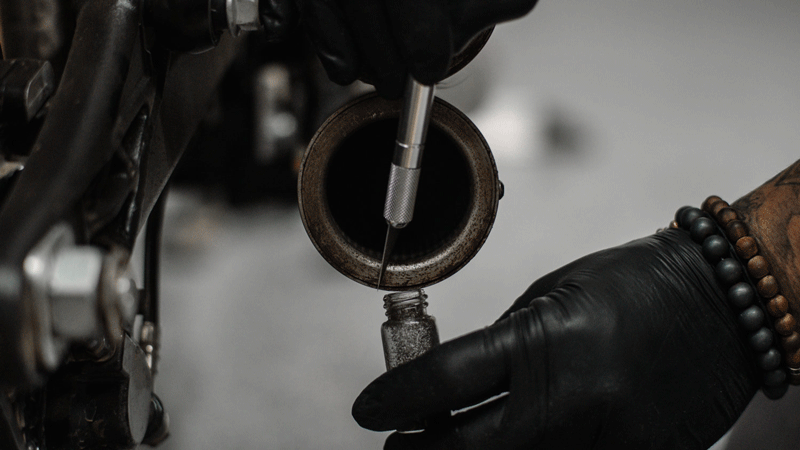 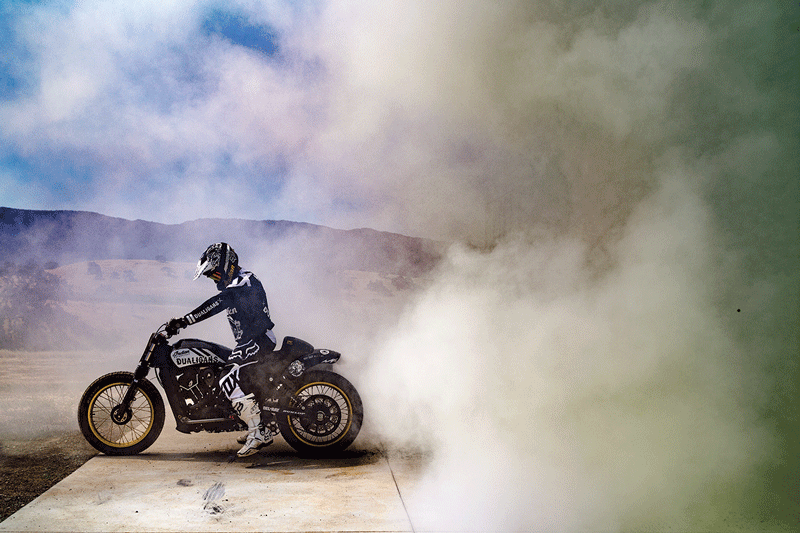 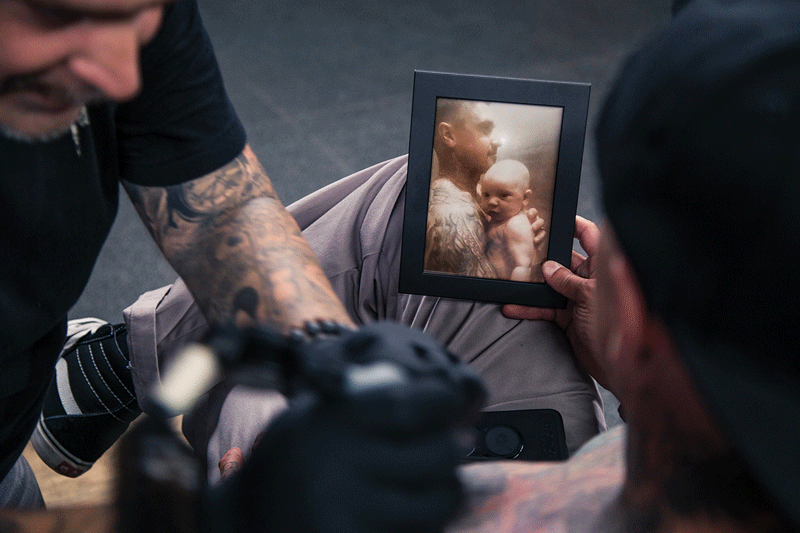 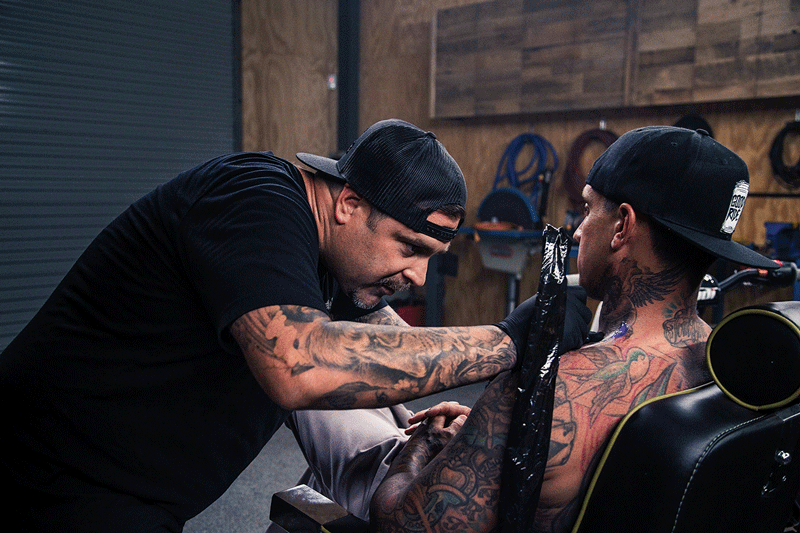 Were there any happy accidents in creating this story — things that came up that you didn’t expect, but ended up making things better?

When we sold the idea we didn’t have anyone in mind to get tattooed with our ink experiment. Fortunately Indian Motorcycle already had a partnership with Carey Hart, and suggested we use his Indian Motorcycle to do the burnout, and he could get the tattoo. This only made the idea better, and I was off the hook for having to face my fear of needles.

We shared our idea with Carey and not only was he super excited, but offered to distribute the ink through his chain of tattoo shops (Hart & Huntington).

"Advertising doesn’t often save lives, but we definitely didn’t want to kill anyone or have their skin fall off and be forever remembered as the creative that ended Pink’s marriage."

Since the ink itself is so rare, with a relatively small number of people getting to experience it firsthand, the “making of” video is crucial. Walk us through that part of the project.

The making of this content was a blast. Sure we had the usual budget and hellish production calls with our talented DP/Director, Leo Zuckerman. We got to travel up to Carey Hart and Pink’s Santa Barbara ranch. This space was epic. Carey’s motorcycle man-cave was quite possibly the coolest thing I’ve ever seen. Hanging upside down on the ceiling above our heads was the bike that made him famous.

The filming of the burnout was very stressful. There was just a slight barrier between him revving up his motorcycle and one of our crew members sitting on some sandbags. We were just one rev away from a big catastrophe.

We also had a couple ink explosions while shooting the making of the actual motorcycle ink. Thankfully, no Franco’s were injured during that process.

We only had one bathroom for 15 people for the shoot. It was an outhouse with a glowing Japanese toilet.

Finally after a full day of shooting, we were surprised by Pink herself when she decided to crash our film set to show off their newborn baby boy Jameson. (who’s name was tattooed on his neck)

What’s next for you, creatively speaking? What sorts of projects do you have in the works?

Big things! Major things! Amazing things… and uh…I guess I should get to work and start thinking of some things.

Finally… what did you end up getting tattooed on yourself?

This is best answered with a terrified-wide-open-eyed emoji.