Even if you don’t watch the HBO hit series Eastbound & Down, there’s still a lot to love about the latest K-Swiss short film featuring pitchman (and now MFCEO — you’ll have to figure out what that means) Kenny Powers. Rude, crude and sexist, he’s equal parts hero and every mother’s worst nightmare. We spoke with Glenn Cole at 72andSunny about the latest K-Swiss campaign and how it all came together.

How do you convince a brand like K-Swiss to go along with a huge risk like the Kenny Powers campaign?
There were risks since Kenny can be polarizing but I think K-Swiss saw it as a smart, strategic move. They had ambitious goals but little credibility with young sports-minded guys. They also didn’t have a marquee athlete wearing K-Swiss products on primetime TV. So our conversations focused on the need to re-write the rules of marketing in the category, and the importance of drawing in audiences instead of pushing messages at them. We also talked a lot about who loves Eastbound & Down — young guys and pro athletes. You would be amazed how many pro athletes consider Eastbound & Down their favorite TV show.

Talk about the idea behind the MFCEO video.
Retailer interest in K-Swiss grew following the success of the first campaign, which was about re-introducing K-Swiss and signing Kenny Powers. We knew no one would be satisfied with more of the same so we gave Kenny what every kid wants: the keys to the candy store. From there, the campaign sort of wrote itself. We just kept asking ourselves, ‘What would Kenny do?’ As a result, we documented Kenny re-populating upper management with pro athletes, making deals with Michael Bay, Mark Cuban, and The US military, re-designing the company’s website, and ultimately conceiving his own marketing campaign (slogans, ads, all of it).

How did Kenny Powers and K-Swiss team up in the first place?
72andSunny introduced the idea to K-Swiss in 2010 as a way to launch Tubes, a new line of performance training shoes. Then we worked closely with Eastbound & Down creators Danny McBride and Jody Hill, HBO, and K-Swiss to create a campaign that satisfied everybody’s objectives.

Has the campaign moved a lot of shoes?
In year one alone, online sales increased by 150%. But other metrics—including brand awareness, relevance, and retailer confidence—were just as important.

The writing and character are brilliant. Are the writers behind the HBO show involved in the K-Swiss campaign?
72andSunny scripted it, and adapted any suggestions from Danny/Jodi, K-Swiss, and HBO. That said, Danny and Jodi are masters of improv, which is reflected in the films. And David Nichols of K-Swiss had smart, inspired contributions on set too. From the beginning, we treated the project as a collaboration so everything you see is a joint effort. At times, it simply became a game of making each other laugh the hardest.

Do people think Danny the actor really is Kenny Powers? Any funny or angry fan mail?
No wacky fan mail, but a lot of great comments posted on YouTube and Funny or Die. But yeah, a lot of people approach Danny and either expect or want him to be like Kenny. But what’s really scary is how many people in America want to BE Kenny Powers. Hide your children! 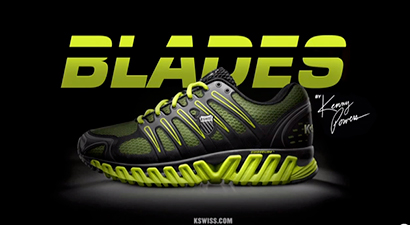 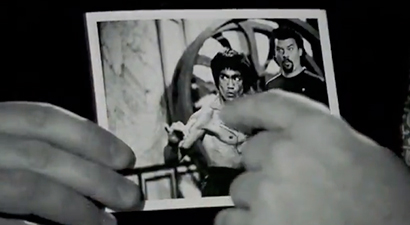 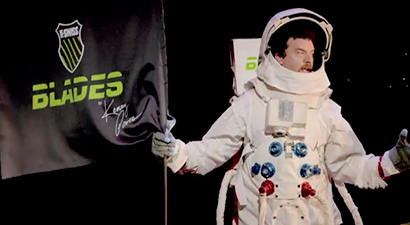 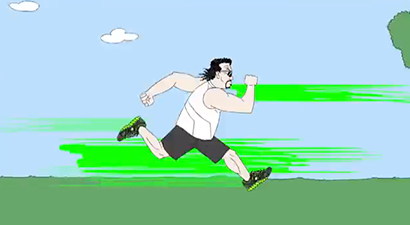 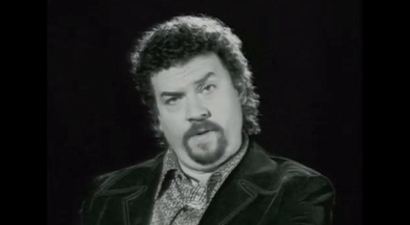