"Legibility" was a word that didn't conjure much excitement in Lauren Hom when she was a School of Visual Arts advertising student with a flair for intricate lettering. “It was one of the words that as a student I thought was boring. I wanted to make cool-looking stuff," she says. "As a working professional, I now know how important legibility is, and it has become an integral part of my everyday life.”

When Hom, a Detroit-based lettering artist, was asked to lead the Typography Jury for the ADC 99th Annual Awards, she was especially honored and excited. When she describes the attributes she'll be looking for in winning entries this year, practicality and legibility top the list. "Type is the perfect marriage of form and function," she explains. "I’m looking for that perfect balance of an entry being really interesting and playful, but also really functional."

Practicality is what led Hom, who says she always enjoyed drawing and painting as a young girl growing up in Los Angeles, to study advertising. It was a career path an artistic type could thrive in… or so she thought. After graduating from SVA, she landed what she thought was her dream job, working at BBDO New York as a junior art director. Yet long hours and tedious work quickly disillusioned her of agency life. Instead, she looked to her passion projects for a new path. "I don't think the job fit the lifestyle that I wanted to have," she reminisces. "Freelance made much more sense for me."

Hom's side hustle was hand-lettering, and just nine months into her agency job, she quit to turn it into a full-time career. She had taken an interest in typography and lettering as a student at SVA, when one of her teachers, Gail Anderson, recognized her talent for lettering and encouraged her to pursue the craft. She launched "Daily Dishonesty," a blog-turned-book that featured "beautiful little lies we tell ourselves every day" illustrated with creative lettering. "It catapulted me into the lettering world and before I even graduated, I was doing freelance lettering projects," she says.

An editor from Los Angeles Magazine gave Hom her first full-page illustration assignment, and soon she began getting regular editorial work. "I always say if I hadn't gotten into type and lettering in school, I think advertising would have been fine. I happened to find something that sparked more interest in me the same time I was entering the workplace," she says, adding, "it's important to know what doesn't work for you as well when building your career."

On the strength of her fully realized passion, Hom opened her own studio, Hom Sweet Hom, six years ago. Her current work is a mix of editorial and brand projects. She serves as a brand ambassador for Adobe and recently launched a "creative confidence" project featuring self-congratulatory cards made using Adobe Illustrator. She's designed covers for Hour Detroit and Baltimore Magazine, created murals for Prudential and Google and designed gift cards for Target. 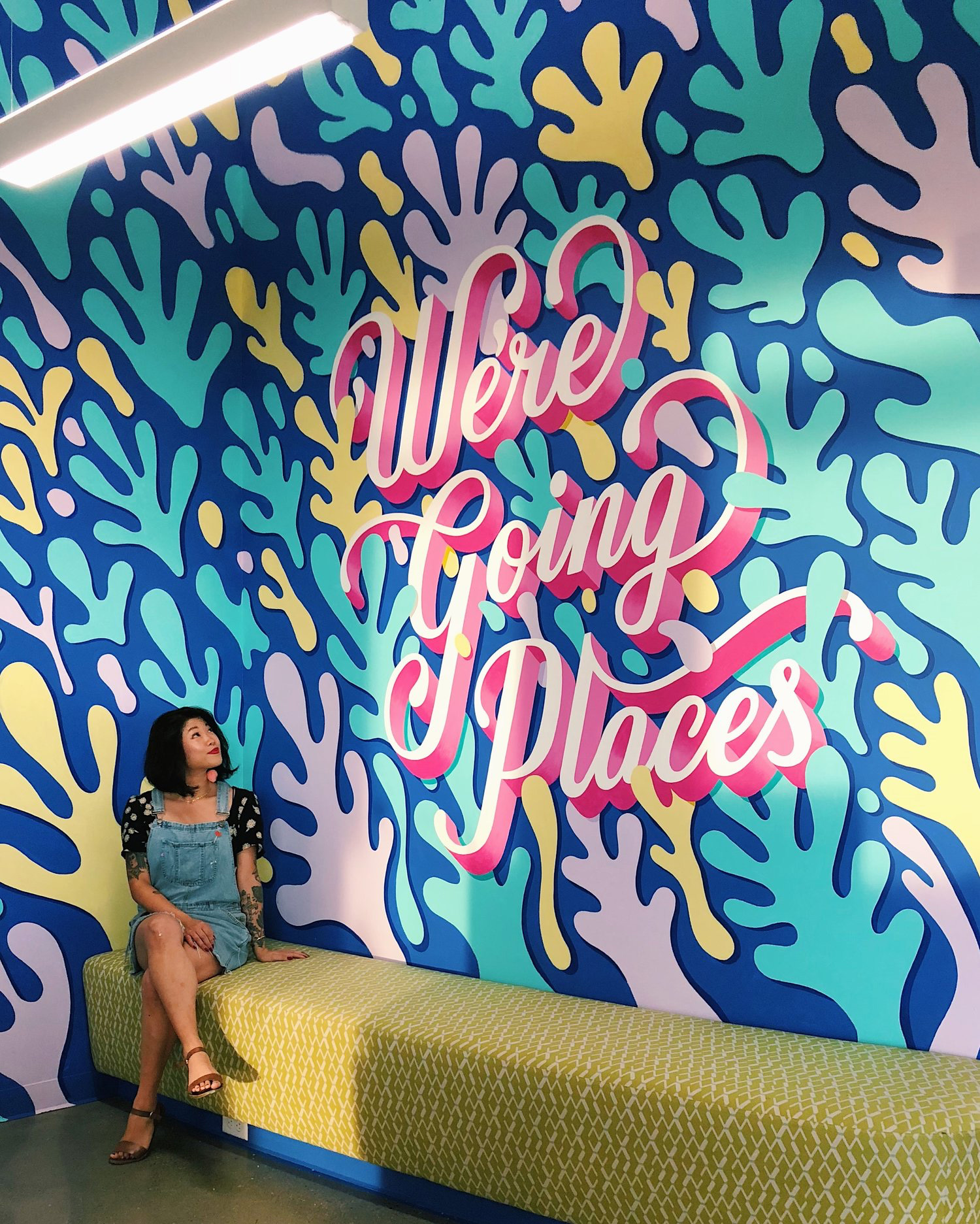 "It's been interesting to see how the applications of type and lettering have changed over the years," Hom says. Whereas she used to work on a lot of print assignments, "now I do a lot of social media content and digital campaigns." Most recently, she's added live painting to her repertoire, "bringing an element of interactive type to an event or pop-up store."

And, of course, she still has her side projects. "Personal projects were the thing that catapulted me here," she explains. Her Instagram feed includes pictures of Hom posing with all sorts of artfully-created baked goods poised on her head from her art project "Flour Crowns." Another humor-filled culinary-themed blog she created, "Peen Cuisine," caught the attention of Cosmopolitan.

Most recently, Hom launched "WTF Should I Letter," a site that generates quirky phrases for letterers or illustrators to work with. Hom recognized a need for prompts when she started teaching lettering workshops. "One of the biggest roadblocks to actually practicing is having a phrase to letter or start with," she says. Her advertising and copywriting experience led her to ask, "how can I make something that is funny and helpful to people," she says. "The kinds of projects I've been doing lately are quirky, but they are also practical and useful. It goes back to what I'm looking for in the work being entered into the ADC Annual Awards — personality and practicality." 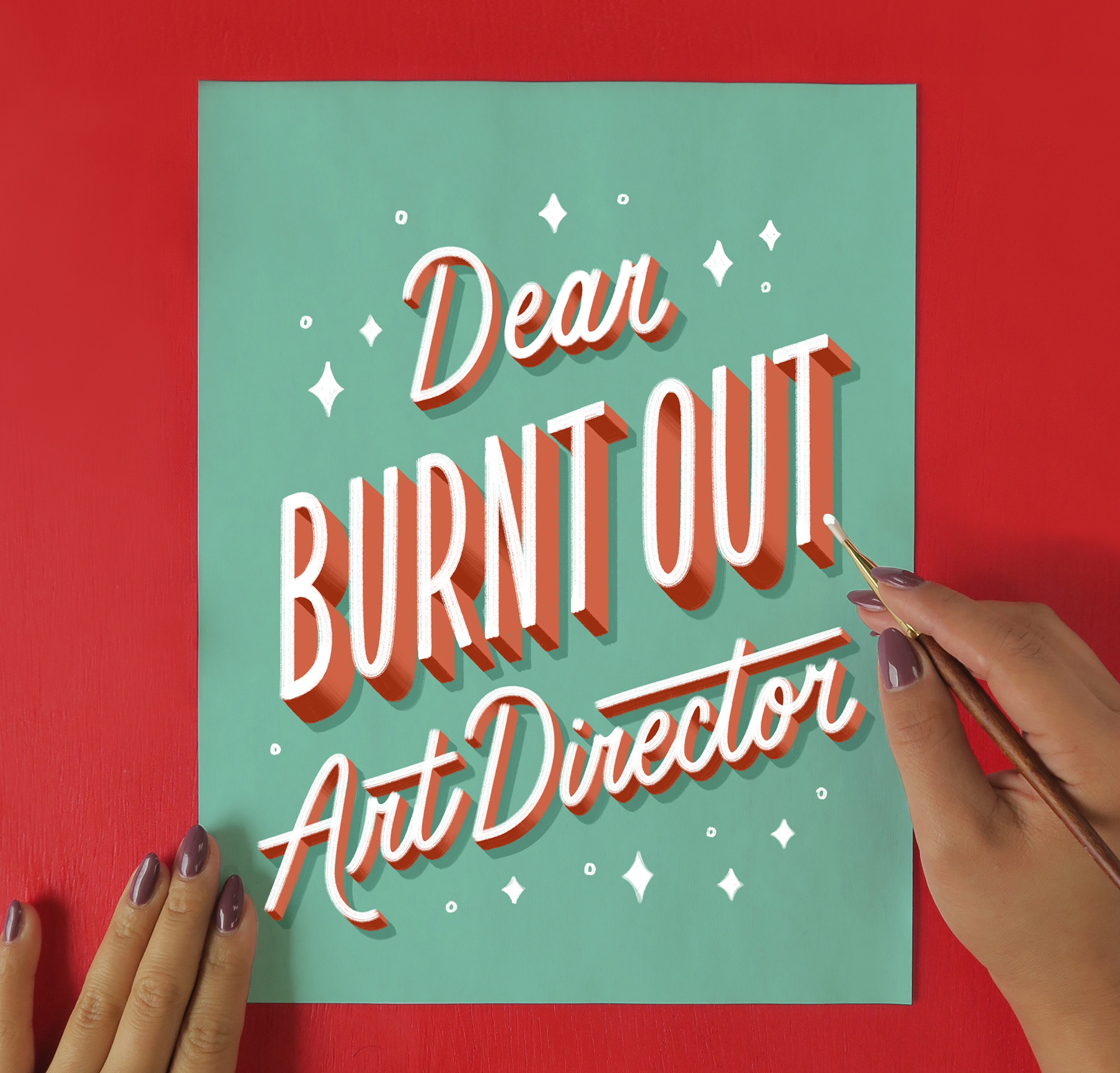 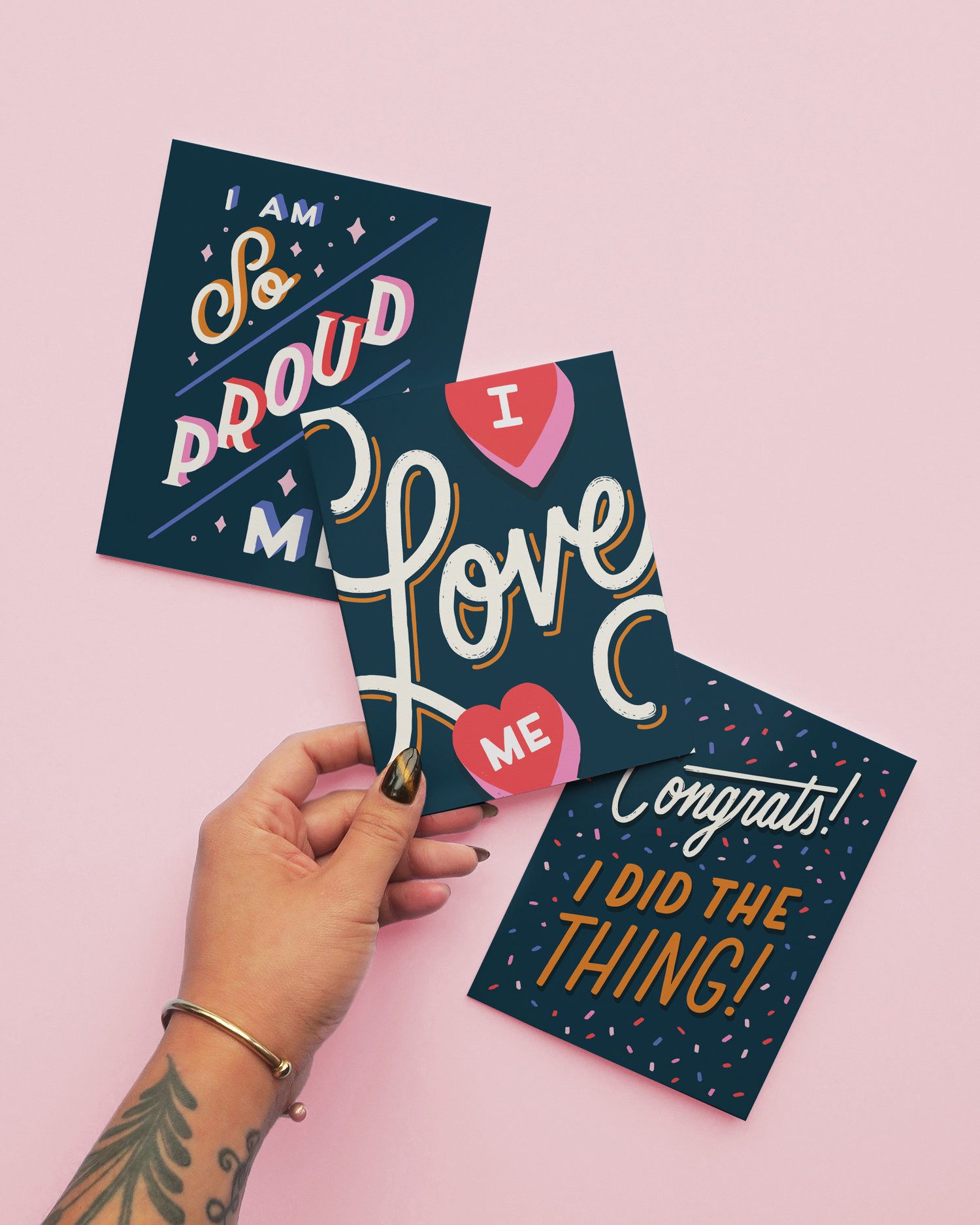 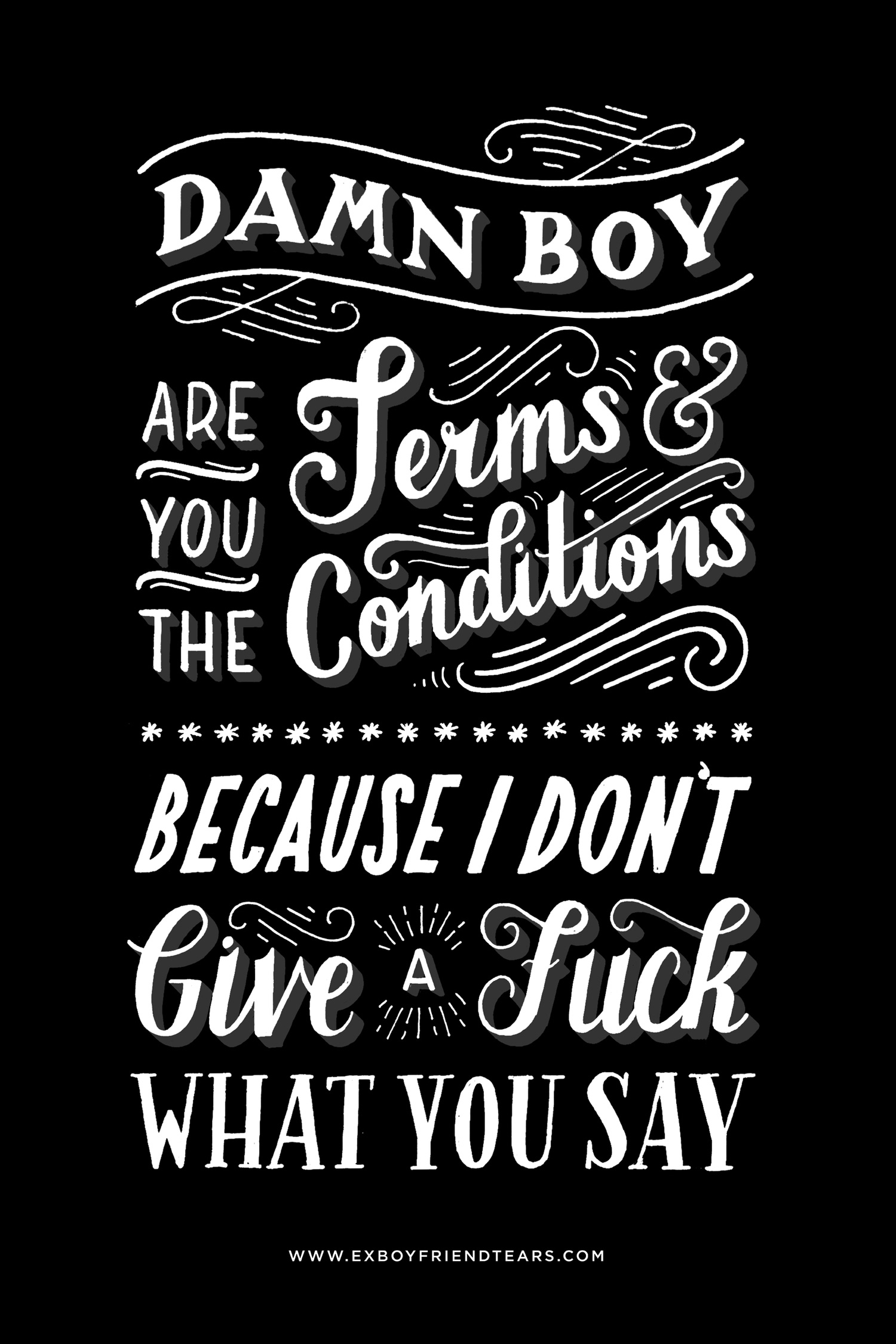 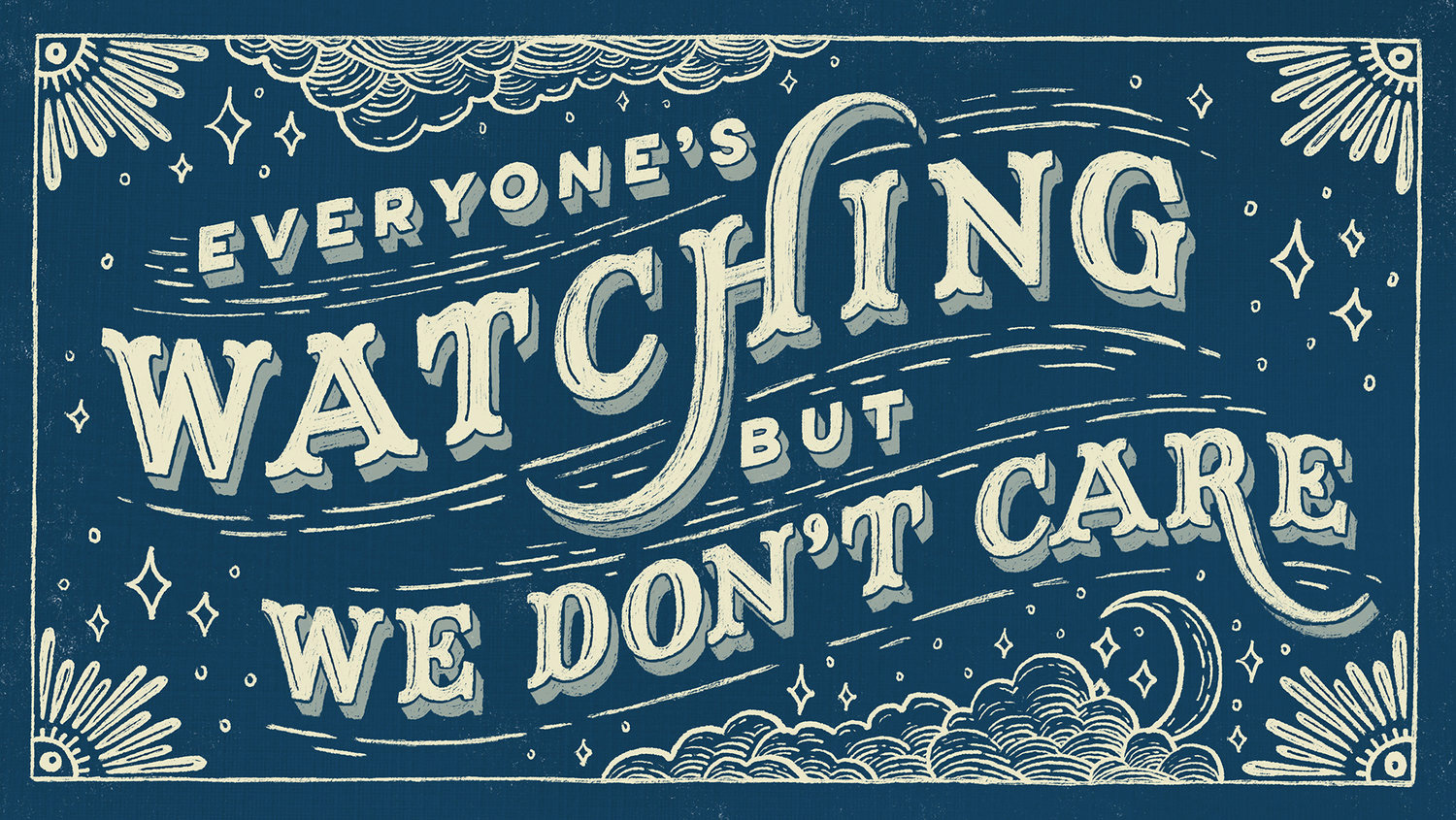 "TIME: The Science of Marriage"