Let's Do Lunch: The One Show Print & Outdoor Jury

Judging for The One Show 2019 and the ADC 98th Annual Awards has officially begun, with the disciplines being discussed and debated in the beauty of Punta Cana and the grandeur of New York City. Don't be too envious though; each jury is spending most of their days locked away in darkened rooms reviewing hundreds of submissions. The judges do get to have breaks, however, and when they step away from the jury rooms, it's a perfect opportunity to chat with them about their experiences in the jury room. We call this "Let's Do Lunch!"

Our next lunch date was with four gentlemen from The One Show's Print & Outdoor jury: Paul Chan, CCO of Cheil Worldwide in Hong Kong; Santosh Padhi, Co-Founder and CCO of Taproot Dentsu in Mumbai; Sibusiso (Sbu) Sitole, Co-Founder and ECD of The Odd Number in Johannesburg; and Joe Sciarrotta, Deputy Worldwide CCO of Ogilvy

How has the work been so far? What are the common themes among the best work?

Santosh: I've really been liking what I've seen so far. There's an honesty I'm seeing in the ideas that might be obscured in other disciplines. I'm also noticing more excellent commercial work for brands rather than social causes, which was a trend for a while. It was like our industry could only do their best work if they hitched a brand to a social issue. I'm glad to see that our talents can still be used to sell goods and services! (laughs)

Paul: There’s definitely a trend back towards meticulously crafting the work. This wasn’t evident across the board but certainly in the top pieces. A great idea is a given. But over and above that, impeccable craft can make a difference. Amazing art direction. Intricate illustrations. Beautifully-written long copy has made a bit of a comeback too.

Sbu: I agree, the craft of writing seems to be back in a big way, after seemingly being absent for a few years.

Sbu: (laughs) They don't, unless they're well-written! If a long copy ad captures your attention early on, you won't mind reading it, and some of the ads we've seen so far fit that category.

What I love about this category is that there aren't many gimmicks or tricks. It's all about the idea, pure and simple, and you can't hide behind technology.

Paul: I agree, and that's what makes The One Show so special. First and foremost we are judging on the strength of an idea, and print is one of the easiest disciplines to see if there is in fact a strong idea. There's nowhere for a weak idea to hide.

"First and foremost we are judging on the strength of an idea, and print is one of the easiest disciplines to see if there is in fact a strong idea. There's nowhere for a weak idea to hide."

You do have to admit that in a world of social media and smartphones and augmented reality, print can come off as being old-fashioned and quaint, especially to younger creatives. You're all creative leaders — how do you get your young teams excited about working on print?

Paul: I still love print. It’s one of my favourite mediums. It’s the purest form of advertising, in that you still start with a blank sheet of paper.

Joe: I actually find it fairly easy, not in spite of but because of social media. Social posts are the new print ads. They both follow the fact that a killer visual gets noticed. A great print ad is very easy to turn into a social media post, where it may get more eyeballs than a magazine insertion.

Take a look at Nike's "Dream Crazy." That image of Colin Kaepernick is just as effective as a poster as it is as a magazine ad, a billboard or a tweet. 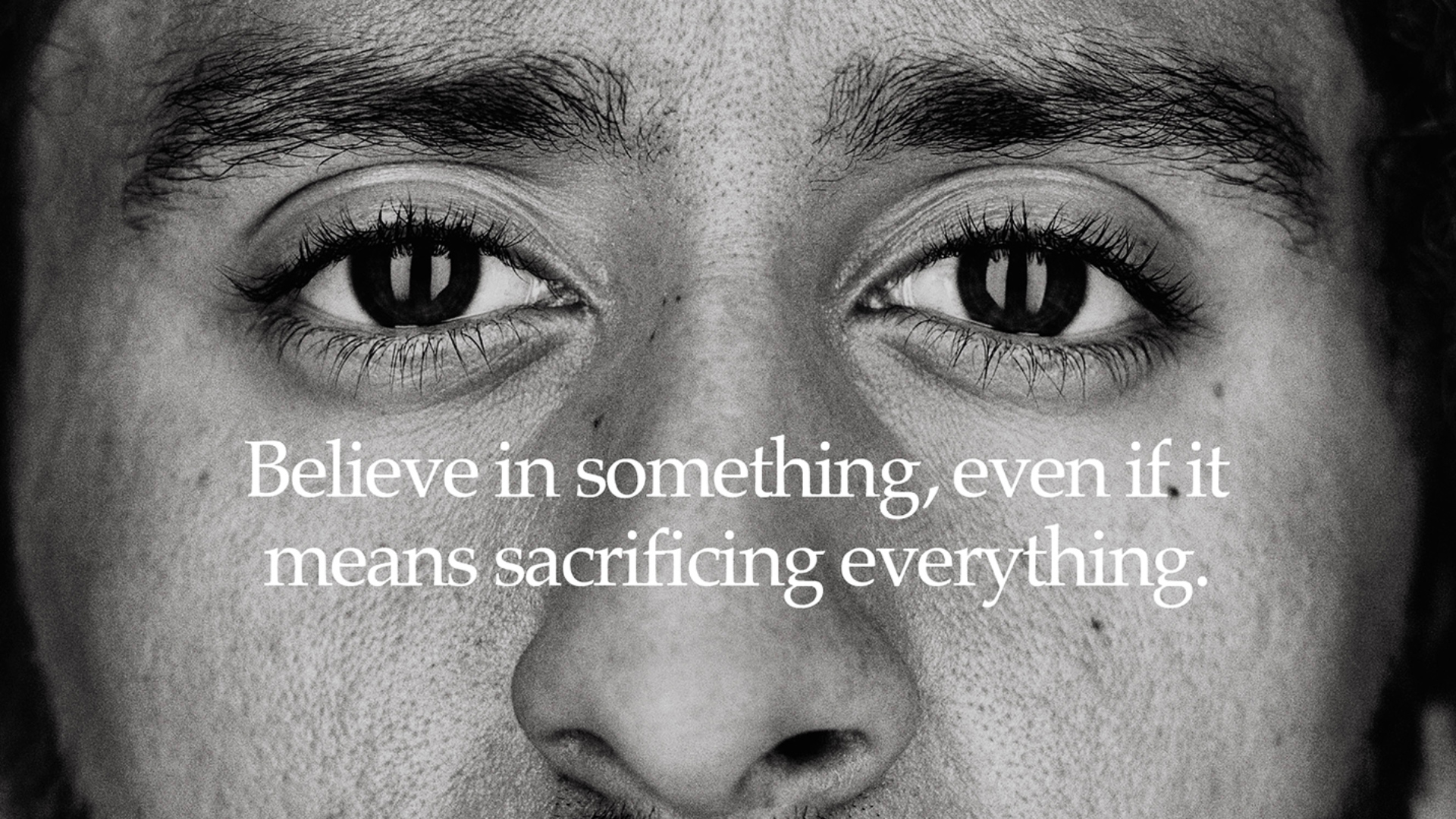 Sbu: It's a still image, so it can live just about anywhere, where film or interactive work cannot. That's why the basics of print are timeless, and are important to young creatives.

I will say, however, that print has a certain magic to me because it's tangible, I can touch it, feel it, pick it up.

On that note, I've heard grumbles from some judges in various disciplines that they wish there were more tangible entries. How do you guys feel about that? I mean, if an image can live on a screen…

Joe: Oh, I'm definitely in that camp. There are a number of entries that could have consisted of physical materials, but instead they were submitted in digital form. And I'm not talking about three-dimensional pieces or monster-sized billboards, but simple, flat ads. I feel that the entrants do themselves a disservice in the jury room by not submitting physical material.

This is one thing that I like about The One Show. While some awards are moving to an all-digital format, The One Show and ADC still accept physical material in many disciplines.

I can't tell you how much I appreciate looking at the photography, the details, the copy — and especially the long copy that Paul mentioned earlier — when it's there before me, lying on the table or in my hands. You don't get the same experience when a submission is flashed on a screen in a darkened room for a few seconds while all the judges are looking at it together.

Put another way, a 30-second TV spot takes 30 seconds to watch, and then you think about afterwards, when it's gone from the screen. A print ad can be looked at for a long time, and you can reflect on every detail while you're still taking it in.

So your advice is...

To anybody considering entering next year, my advice to you is to submit physical materials whenever you have the option. You've made some incredible work, so please submit it in a way that we can fully absorb and enjoy it. It will only improve your chances of winning a Pencil.

Article Advertising Awards The One Show 2019