Ahead of the final round of judging, we are highlighting some of the shortlisted work, focusing on the smaller agencies on the playing field. Our next shortlisted entry is "Remarkable Life" by Johannesburg's Bain & Bunkell for Citadel Wealth Management, which was shortlisted in the Film category. We reached out to the first half of the agency's name — CCO Jonathan Bain —  to talk about the challenges of making finanicial advertising compelling, the challenges of casting in South Africa, and how a spot's director can sometimes come up with a better ending than you can.

People love money — so why is financial advertising such a challenge? 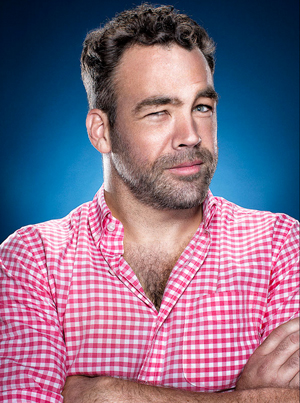 Jonathan: What makes financial advertising a challenge is that money is ultimately an abstraction, and a complex one at that. This is particularly true of investments because these ‘products’ manifest in the future – and the future is also an abstraction. Research shows that most people can’t even imagine their ‘future selves’ – they’re the equivalent of strangers, and are accorded similar levels of empathy. It’s tough to concretise an offer or service.

So, it’s no surprise that advertisers tend to lean on clichés. A personal appeal to the stock libraries: we have enough shots of well-preserved, retired people on swings and yachts. Please photograph something else.

The work we did for Citadel Wealth Management came out of thorough research. Those with lots of money sooner or later come to the conclusion that they can only live in one house at a time. Or drive one car. Acquiring more and more stuff seems increasingly pointless. ‘Legacy’ becomes the key word. And so we shot an ad at a funeral, and asked some big life questions about how a wealthy guy would like to be remembered when he’s gone. (Perhaps quixotically, I guess we tried to make a ‘future self’ as real and as identifiable as possible.) We had some brave clients – a salute to Nandipha Solomon! – and the work feels very different. It’s grown-up stuff.

A note on the first part of the question: I’ve learned that people don’t really love money. They usually love something else, and money becomes an insufficient proxy. The lesson of Citadel is that you should use your money to do that thing that you love. Travelling. More time with your family. Writing. Philanthropy. Studying. It’s the happiness you want, not the pursuit.

What was that ‘aha!’ moment that set this campaign in motion, creatively speaking?

As we were working through the problem in the studio, someone asked the question: "who cares what car the Dalai Lama drives?" That really was an ‘aha’ moment. If you’re a well-grounded, interesting person, then your financial status really is secondary. Money simply becomes a means to an end – a thought we expressed in the brand line ‘reach your remarkable’.

So, we initially spent some time trying to convince outstanding (and also incidentally wealthy) South Africans to participate in our campaign. Mark Shuttleworth very politely turned us down. I think that actually worked out for the best – in the final commercial, we’ve tried not to impose our idea of what constitutes a remarkable life on our viewers. (I’ve realised I’ve been quite dismissive of vehicle-ownership so far, but if collecting cars is your true dream and you have the loot, then buy that Bentley!)

In fact, we actually shot four different versions of the eulogy, which are flighted on different channels. The ending is always the same, but on the National Geographic channel, for example, the talk is more about pursuing adventures abroad. On sporting channels, our guy talks about the departed as a big wave surfer. We really wanted the ad to reward repeat viewings.

"As we were working through the problem in the studio, someone asked the question: 'who cares what car the Dalai Lama drives?' That really was an ‘aha’ moment."

Quite often things change from the original idea to the final execution. Did you have any serendipitous moments along the way?

We had many ‘serendipitous’ moments in pre-production where we thought we’d found a way to short-cut the story. But with this ad, the short-cuts usually proved to be culs-de-sac. The narrative is actually quite complicated, and requires the viewer to buy into two filmic conceits almost immediately: one, that the departed is at his own funeral, and two, that he gets to relive his life until he’s satisfied with the result. I’m usually open to serendipity, but here our job (client, director, agency) was to keep ourselves on track, and not deviate from the original idea.

That said, on shoot day, we still didn’t have a definitive ending. I thought we should end on the hero smiling incongruously amid grieving relatives. The director, Dean Blumberg, believed he should rather ‘depart’ and not be there anymore. We tried it both ways, and I’m glad we went with Dean’s suggestion.

Casting is a big part of this spot. How hard was it to find the “right” gentlemen?

I must tread carefully here. Casting is especially important in South Africa, full stop. We have eleven official languages and a painful racial history. You have to be mindful of avoiding stereotypes to create a believable set of characters.

Our film industry is also comparatively small, so many good local actors were already being used by competing financial services brands. An additional challenge: as a country, we traditionally shy away from serious performance-based scripts. We’re more comfortable with funny, gurning, stagey stuff – and it shows in the auditions.

Eventually, our production company, Massïf, commissioned a UK-based casting agent. And we found two English gentlemen who very kindly flattened their accents to sound more local. The whole casting process was intense: we must have looked through a hundred tapes. I realised quite soon that I had focused on the wrong ‘lead’. I’d imagined that the eulogist, who has more to say, would carry the emotion of the spot. But it turns out that it’s the departed you have to identify with, and his performance has to convey believability, depth and humanness.

"Casting is especially important in South Africa, full stop. We have eleven official languages and a painful racial history. You have to be mindful of avoiding stereotypes to create a believable set of characters."

Is there anything you’d change if you had just a little more time?

Not a question of time necessarily, but of script. At one point, we reference children’s hobbies and I do think it would have been good to push them into more interesting territory. We chose ballet for girls and fishing for boys. Obvious – and probably sexist! – but we’ve only got sixty seconds, and you have to telegraph these things sometimes. (The next line does put a nice twist on things, though.) And, I suppose, if we’d said tobogganing and macramé, it would have been too distracting anyway.

What’s next for Bain & Bunkell? What new work should the world be keeping an eye out for? After all, as this year’s campaign says, if you win you’ll become “famous famous”!

We’re doing some lovely work for a company called Indie, effectively the launch of a progressive new insurance offering. The project is ongoing, collaborative, and involves a drummer on a rooftop in downtown Johannesburg. Jackpot.

We’re also planning to expand our second office in Cape Town, and push for more international briefs. We’ve worked on a number of projects for clients in London, Mauritius, and Kenya. Wouldn’t it be gratifying if South Africa could become a global hub for slick, interesting, famous famous creative?