For all of the chefs out there (professional or otherwise) cooking isn't just a necessity but also a true art, one that emenates from your soul. Brian Cummings One Club Member and film director sought to capture that soul in "OBSESSED," a mini-film series that focuses on the intense passions of the artists of the kitchen and bar. The black and white aesthetic gives the series a timeless feel, accentuating each person’s story.

As an avid baker and chef myself, it was a lot of fun to hear from Brian about this passion project. In today’s times, OBSESSED reminds us that restaurants and bars – and the people who breathe life into them — are a cherished part of our culture.

First of all, bravo! These are fantastic short films! What inspired you to make them? 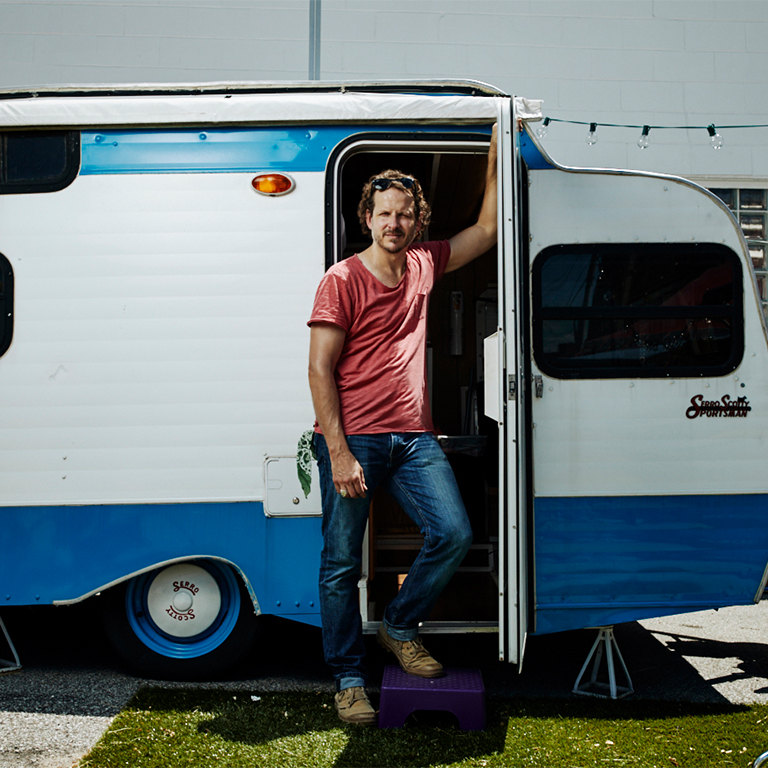 I am always looking for personal projects to shoot. My wife — who is a food blogger — and I have two hobbies: traveling and eating. We love Anthony Bourdain and his ability to tell a story about traveling, cooking, and eating as poetry, so these films were my experiment to see if I could follow suit. I have shot and seen enough maker videos to the point that I wanted to flip it and see if I could shoot a maker video that felt like a fantasy or a dream.

There are so many ways you could have shot something like this, but what was your original vision?

When I first envisioned this series, it was shortly after watching Alfonso Cuarón's “Roma.” I was enthralled by his use of black and white and wide lenses to simplify his story — the viewer is not distracted by color and they are forced to see the story. I also knew that shooting in various restaurants and bars would create continuity challenges. I wanted to keep the stories focused on the inner voice of each culinary master. I knew that color could draw the viewer's attention away from the narrator's voice and I wanted to control that.

I decided on the name “Obsessed” while listening to the narrative of the artists I had filmed. Originally, the series was called “True Passion.” I wanted to tell the story of the passion one needs to be a great artist or chef. It was when I interviewed chef Kevin Nashan that I decided to change the title. He doesn't believe in passion being a good enough reason to do what you do. He believes it is an obsession. Kevin said, “Obsession gets you up every day.” I believe you have to leave room in every project for the film to tell you what it's going to be about. If I made these films about passion, it would ignore the truth that I was documenting – obsession.

I love food, but I know too many people who think that it's just fuel. To me it's an art. When food is elevated beyond just sustenance, it's magical. I want viewers to find a little taste of the fascination and love that I have found for the culinary arts.

"I wanted to keep the stories focused on the inner voice of each culinary master."

How did the project develop over time?

Halfway through the pre-planning process, I was having lunch with a creative director friend and I told her about my project. She thought it would be a perfect campaign idea for one of her clients. We shot the first video about Ted Kilgore as a proof of concept. The client loved it and wanted to blow it out to a multi-tiered campaign, with the idea of shooting a video each quarter and featuring chefs around the country. Then COVID hit and everything changed. It became apparent that the goal was no longer to sell a brand but to save an industry. We turned the marketing effort into a fundraiser call to action.

"It became apparent that the goal was no longer to sell a brand but to save an industry."

For those in other creative disciplines who might not know how such projects work, what was the play-by-play process in making these films?

First, I reached out to see which chefs were willing to give up their one free day a week to go back into the restaurant for a film. Each featured artist was either nominated or an awarded James Beard chef. I am a fan of each of them and wanted an excuse to go behind the scenes with each.

Then it was very much like any commercial project that I take on. I start with my treatment and then present my vision to my DP and gaffer. When it comes to a passion project, I am a total control freak, but I wanted to collaborate. I needed my DP to be more excited to shoot this than I was.

Next, I work with my producer, Amanda to work out a realistic shot schedule (she will tell you that reality doesn't always apply to my shot list).

On the day of the shoot, it's off to the races. For each of these, we worked on shortening the shoot schedule, since each chef had limited availability. For the seafood shoot, we had to be out before lunch service.

The budget was small, so we shot one interview per day and the tabletop shots on a separate day in my studio. We shot with the RED Helium with P+S Technik KOWA 2x Anamorphic Lenses, and post-production took about two weeks per film.

COVID has hit the restaurant industry pretty hard. With the insight that you have, what sorts of changes do you foresee happening?

Sadly, many will not survive. Success rates of restaurants are low in the best of times. But restaurants are an essential part of the social framework. Take-out, meal prep, or to go options might become more of the norm for white-tablecloth restaurants than they were before. Other than that, I really don't know. How can you maintain social distance in a bar or a ten top establishment?

That said, will we be expecting to experience more films in this series?

We have shot three videos so far, with the original intent to be at least twelve. The decision has more to do with the chef and his craft. Kevin Nashan has two restaurants, Sidney Street, which is a white tablecloth high-end restaurant, and Peacemaker, which is a take on a crab shack. The story of shucking oysters and making po' boys in the midwest has a unique ring to it.

"We have shot three videos so far, with the original intent to be at least twelve."

The third in the series features Rob Connoley, owner and chef of Bulrush. Rob is a forager and his mission is to implement ingredients native to the region to bring back recipes from pioneer days. When we shot with him, he was reintroducing the pawpaw. His story is rather fascinating.

What can we expect from you next?

Like everyone, I am taking everything one day at a time. Right now, we are juggling several productions, hoping to complete each one before another shutdown hits. I have a short film project in the works that I'd love to complete for a Halloween release. We'll see.