When you’re someone like Google, which everyone and their grandmother knows, which has become the snarky, de facto comeback for Millennials (“Dude, ever heard of Google?”), which channels a reported 40 percent of all internet traffic, there’s isn’t much left for you to do in terms of advertising. But instead of rolling out a massive online blitz, Google has decided to go all analog on us for their latest advertising campaign. Called “OK Google,” the out-of-home ads for Google App reach a hyper-local audience in New York City by being placed in bars, tourist sites, skate shops and other prime spots. The copy asks trivia questions related to each locale like, “Ok Google, what’s the difference between liquor and liqueur?”

It’s a clever and beautiful spin on native advertising that even the most jaded New Yorkers won’t find intrusive. Matt Murphy, Partner and Group Creative Director at 72andSunny, the agency behind the campaign, spoke to us about it.

How did the idea for doing a very offline campaign for Google come about?
The Google App is your co-pilot of sorts in everyday life. Our campaign used all forms of media including digital, TV and print, but we wanted to engage people out in the real world, where the app is most useful. So rather than make broad statements in OOH about its functionality, we wanted to get people asking questions to Google in the places where the story comes to life. It's a way to show off the app's knowledge, in a fun, low-tech way.

It seems to be a low-tech, high-impact campaign that probably didn’t cost very much money to produce.
Each placement brought about different rigors from both production and licensing standpoints. For us the win was to make each one feel as unique and embedded in a location as possible, so there's that sense of discovery.

How did you guys select the locations?
We wanted to find the right balance of historic landmarks as well as unique and offbeat locations that unlocked a really special piece of knowledge or story. Some were very specific to New York history, such as the Katz's Deli and the query asking, "Ok Google, what is Katz's deli's slogan?" Others were meant to unlock curiosity in fun places like the Brooklyn Bowl by asking, "Ok Google, how many holes can a bowling ball have?”

Has it become sort of a treasure hunt for people to find?
We've always thought of it that way. Our goal is to take this approach of unlocking curiosity and make it unique to other cities across the country, as well as globally. 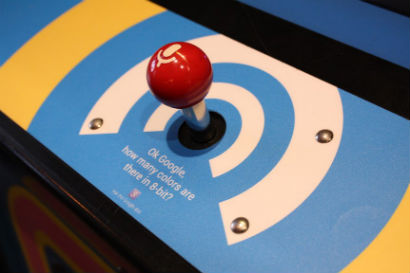 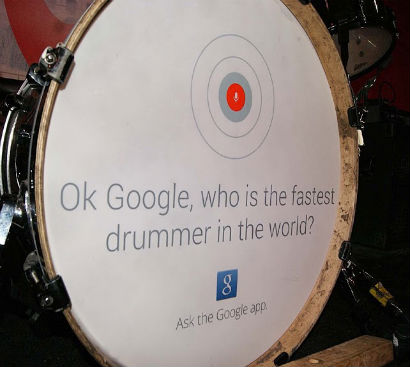 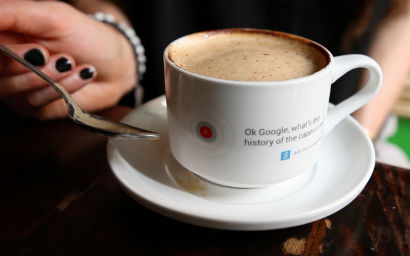