The FuelBand launched last year to myriad fanfare and praise both within the industry and throughout the general public. Users wear the band—a kind of bracelet/pedometer hybrid—around their wrist. They go about their day as usual—work out, shower, commute, office, dinner—while the device logs movement through its unique fuel metric. The information is sent to the user's Nike+ account where they have already set up daily goals for themselves. When the user has hit his or her target movement goals for the day, the band flashes green. If they haven't, they'll see red or yellow indicating that they've fallen short.

Developed by R/GA, FuelBand is one of the first devices of its kind that combines movement tracking with an online community. Users have access to the entire Nike+ community where they can compare themselves with anyone who has the band—friends, celebrities, their boss. The device tracks traditional metrics like calories and steps taken. Nike also created its own metric, aptly called NikeFuel, which measures activity in an egalitarian way. That is, 500 points of Joe Schmo's Fuel is the same as 500 points of Serena Williams' Fuel as it is Kanye West's Fuel (both celebs have been spotted wearing the bands).

Upon first glance, some may wonder what would move an interactive advertising agency to step into the world of product design. After all, what does soup-to-nuts product development have to do with advertising? The answer: nothing and everything.

"Nike FuelBand isn't advertising, but that doesn't mean we shouldn't be doing it," says Nick Law, EVP and global chief creative officer at R/GA. "The interesting thing happening in our industry is that you can't distinguish media from software. And software is not just something we look at; it's something we use. That's why we do both things—communicate and create."

While the media industry is merging with the tech industry, with more and more agencies hiring CIOs and CTOs, there is still a thin line between Madison Avenue and Silicon Valley. And it's a line that R/GA and several other interactive firms are well suited to straddle.

"I think what would characterize our relationship with Nike is that it's a true partnership," says Law. "We've been working with them for over a decade now."

In that decade-long partnership, nothing has shaped Nike's brand more than FuelBand.

"It's really changing their brand," notes Bob Greenberg, chairman, CEO and global chief creative officer at R/GA. "I think they can now be viewed as a tech company, which they have been all along because their shoes and other products take lots of technology to design and make, so they've always been there, but this furthers that. Now people are interacting with Nike everyday." Aside from the actual hardware, FuelBand's advertising campaign also resonated heavily with consumers. With the tagline "Everything Counts," the campaign and accompanying video succinctly captured the essence of the product in two words. Interestingly enough, the campaign sprang forth from an early product positioning video made by R/GA for Nike in an effort to flesh out the brand idea.

With all the great and innovative work R/GA has produced for Nike over the years, it's no surprise that both won big at this year's One Show Interactive: Nike+ FuelBand was Best of Show while Nike was the client of the year and R/GA was named agency of the year. The system was not only lauded for its design and innovation, but also its ease of use. "It's a very simple product and interface in a category that tends to feel a little bit medical or geeky," says Law. "I think that's partly why people respond so well to it—it feels like a true mass-consumer product that seems easy to use and automatic as opposed to something that's over-engineered and complicated. And it looks good. That's something that Nike does really well."

And no one can argue with brains and good looks. 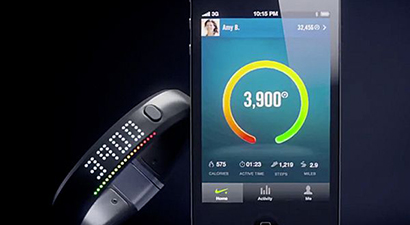 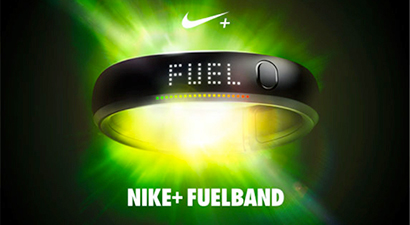 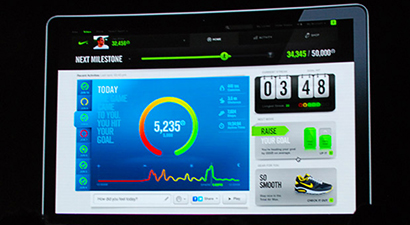 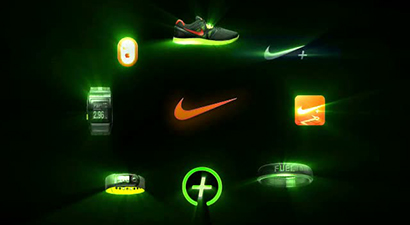 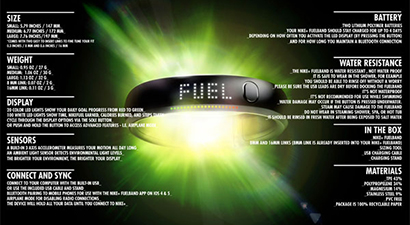 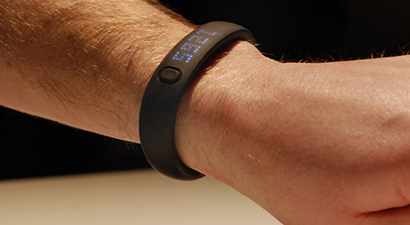