You hear the words, “pioneer”, “feminist”, “brave” and “creative” thrown around a lot. Most of the time we raise our eyebrows at such a thought. Paula was each and every one of those things—and she was also a mensch.

Paula was inducted into The One Club Hall of Fame in 2012. In preparation for the ceremony, we had to go through all her work and produce a reel to play at the ceremony and also to promote her and the event. We all grew to love this woman.

She was hands-on involved, and would call the office constantly. She gave all of her archives over to us to be looked through, and also donated some of her archive to The One Club Archive.

She was a very funny woman, too. I personally delivered things to her home on the Upper West Side a number of times, only to be greeted by cookies and coffee and a bunch of funny, interesting stories. She had a lot of them. She would also call the office and ask me to send a messenger to pick up some items to be delivered, after asking what, I found out they were to be delivered to somewhere other than The One Club—and this happened a number of times, and of course I obliged each time! This even went on after the Hall of Fame ceremony; Paula became somewhat of a staple in our small office.

Paula was born in Los Angeles and went to UC Berkeley. After graduation, Paula began her career at Seventeen magazine as a copywriter. She worked there for a few years and then landed a job at LC Gumbinner Agency. While working there, she was fully aware of the great work coming out of Doyle, Dane, Bernbach. So she applied, was hired and put on the Avis account. She hated the Avis campaign that was being used. She called it "a three-page logo." At the time, rental cars were shoddily cared for and maligned by customers who had to use them. Her first "We Try Harder" ads "were really creating an operating manual for the company saying you had to give customers a clean car, windshield wipers had to work, cars had to have a full tank of gas." When she extended the campaign to "Avis is only No. 2 in rent a cars. So why go with us?" many in the agency objected, feeling that No. 2 was a put-down. Paula sent the research department to airports, etc. with the ads on 3 x 5 index cards. Researchers came back to report that 50% of the people thought that No. 2 meant "not as good as." Bernbach asked, "What about the other 50%?", thus saving the campaign which, based on research results, they were able to sell to the client.

Paula went on to become group head at DDB and its first woman creative management supervisor.

In 1969, she left to start her own agency, Green Dolmatch; after eight years, the agency became Paula Green Advertising.

One of the reasons for starting her own agency was to be independent. “Years ago when I was working on detergents, I would be the only woman in a meeting with the production manager, account supervisor, art director and so on, but I couldn’t get them to listen. On one occasion I was the only one in the group who had any experience in doing wash, but they didn’t care because it did not fit into what they had already planned to do. One man practically hissed ‘you sound just like my wife’.”

She always believed in selling with words; she thought words should come “from the heart of the matter.” She worked with Pearl Bailey on a campaign for Paramount Chicken, the warmth and honesty of the ads make it all work. “I always feel I must first make a sensory connection, a gut connection, about how I feel about something before I do it.”

The International Ladies Garment Workers Union ads “promote the ILGWU label and sympathy for the union”, Paula said. It shows women and men of various ages as employees and emphasizes that eight out of ten workers are women. Paula conceived this campaign and wrote the lyrics.

Paula survived breast cancer as a young woman, and then went on to write an early breakthrough commercial for self-examination for The American Cancer Society. “Don’t be afraid, it’s what you don’t know that can hurt you”.

Paula did a great campaign for The New York Times that I remember seeing-- Lauren Bacall was the star of one of many of these ads, stating that it was in our best interest to read this great newspaper.

Paula is partly responsible for soaring bean sales also. She wrote some classic Goya ads that brought attention to the brand and made it a household name. “There’s a bean for every girl and boya, in the food store section known as Goya”.

These are just a few of the many great ads that Paula was involved in. I know the staff at The One Club will all miss Paula, she was one of the greats from The Mad Men era. She truly was a pioneer, a feminist, creative and brave. 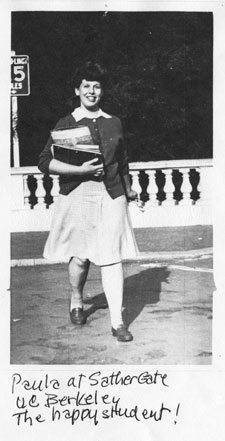 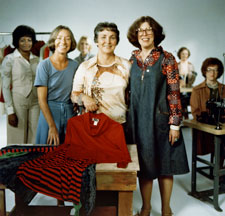 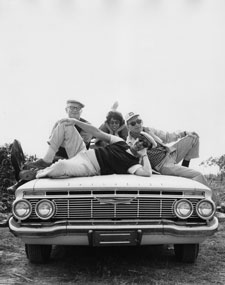