Racing To The Finish Line

Behind the scenes with FOX Sports

February 14th is of course Valentine’s Day, but if the smell of high octane fuel gets you worked up more than red roses, it is also the Daytona 500, the biggest day of the year for NASCAR enthusiasts. Ahead of a brand new NASCAR season, FOX Sports released its in-house produced “Best Season Ever."

Just in time for the start of NASCAR’s racing season, we went behind the scenes with FOX Sports Creative Director Steve Lewis on the making of “Best Season Ever.”

It’s racing time! What makes The Daytona 500 important for both FOX Sports and NASCAR this year? 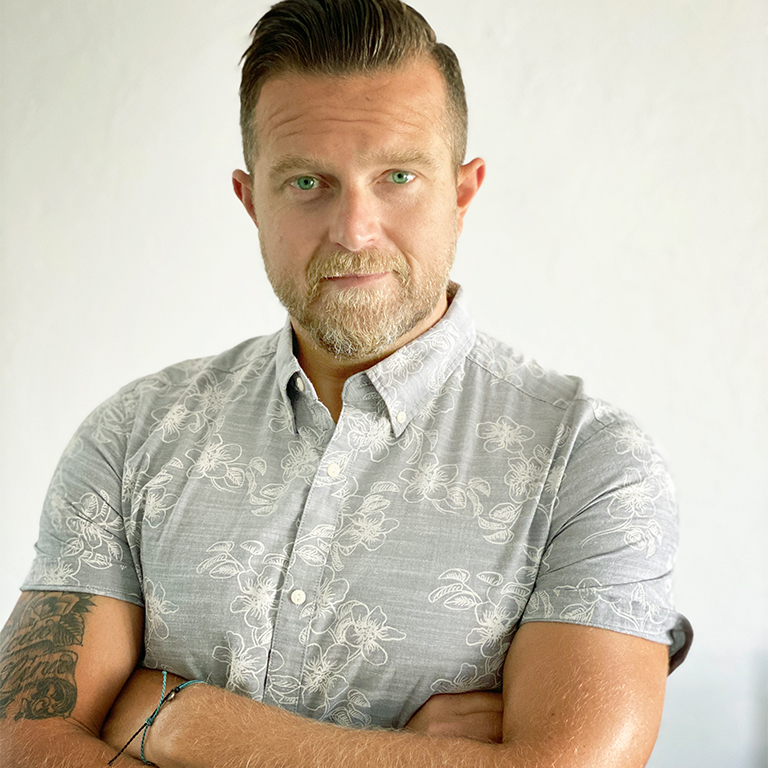 The Daytona 500 on FOX has always been the highlight of the NASCAR season — it’s the biggest race on the calendar, the Super Bowl of racing, and traditionally it sets the tone for the season. This year, with all the amazing storylines we've had, we knew there was an opportunity to create excitement about the season as a whole rather than leaning into just that one race.

By shifting gears in our approach and working closely with NASCAR, we identified the drivers, teams, tracks, and stories we knew would get the fans fired up.

"The Daytona 500 on FOX has always been the highlight of the NASCAR season — it’s the biggest race on the calendar, the Super Bowl of racing, and traditionally it sets the tone for the season."

Let’s go behind the scenes. What went into making this spot for FOX Sports x NASCAR?

We knew this spot would be a challenge, there was just no way to capture everything about the new season without traveling to Charlotte and mounting a shoot. We spent a good chunk of time developing and refining the concept to ensure it would not only be something we could achieve, but also be a spot that would make a real impact.

We partnered with a longtime friend of FOX Sports, Director Joseph Khan (Supply & Demand) who along with his producer, flew into Charlotte to helm a three-day shoot at the motor speedway there.

The shoot itself was an incredibly technical and logistical undertaking, between constant COVID testing and adhering to on-set protocols like social distancing, sanitizing, and PPE we balanced a crew of around 100 people on site plus Zoom and Qtake for remote team members to pipe into the production.

With an insanely tight post schedule of just seven days, it was vital that our editorial team got started the instant a take was in the can and the virtual set up allowed us to build the cut in real-time while the crew was hustling to make the next shot. Using a camera like the Sony Venice demanded less light for our bigger setups allowing us to move quickly through a jam-packed shoot schedule without compromising on an organic look to the scenes.

Can you describe some of the COVID protocols you had to abide by while filming?

We shot everything at Charlotte Motor Speedway which was great for streamlining production and it allowed us to keep the same crew and procedures throughout, but that meant plenty of post-work to pass off one race track as Charlotte, Daytona, Bristol, and Austin. So while it made for a more manageable shoot it definitely impacted the visual effects and meant we were churning out renders until the eleventh hour.

What was the most outrageous thing that happened while filming?

I wish I could say it was a blast but being wrapped up in protective gear and trying to communicate with the crew and also virtually with colleagues is anything but fun. You still get the joy of creating, but the on-set experience is a world away from pre-pandemic filming. There’s no banter and the conversation and collaboration that’s so important to the process just isn’t there and means you have to work extra hard to find the magic that makes a moment really work on camera.

Did the creative direction change at all while filming?

It wasn’t just the creative direction that changed while filming but the entire spot. When it became clear that our final day of filming was going to get snowed out we started working on an alternative script for our ‘Jeff and Clint’ spot that was due to be shot in the parking lot the next day. After some late-night scribbling, we presented a brand new commercial to the director at 8 am the following morning.

Being a pro, Joseph quickly sketched some storyboards, we scouted locations inside the speedway and agreed on a plan we could execute. The crew hauled ass and we shot the entire thing in an afternoon, thanks in no small part to Jeff and Clint being willing to dig in and have fun during a pretty hectic few hours on-set.

2020 was a very different year for NASCAR. Of course, there's the pandemic, but there was also the Confederate flag ban, Bubba Wallace, and the BLM movement, and so on. How do you think the marketing of the sport will change moving forward?

I think all of us who love the sport are really proud of how NASCAR used their voice to support the social justice movement.

"I think all of us who love the sport are really proud of how NASCAR used their voice to support the social justice movement."

It wasn’t just the organization making a stand, it felt unified. Drivers like Bubba and legends like Jeff Gordon and Richard Petty took a position of leadership and stepped up at a really important moment across the country. It was an amazing response from NASCAR, and much weightier and more important than any marketing tactic or strategy could ever be.