State of the Art

The boundaries between online and offline experiences are increasingly dissolving, a reality you might find thrilling or chilling. Our phones and mobile devices are never far from reach, and we expect them to always be connected, even in the sky. As our behaviors change, so do our environments, with businesses and institutions looking to engage with audiences as well as predict their needs, which, depending on the execution, could be perceived as magical or creepy. Forging that ground between what technology can do and what consumers want are experience designers, architects, content strategists, and software engineers who aim to make environments that are not just more techy, but more human and responsive.

“A responsive environment is a place that responds to the needs of its occupants rather than dictating use,” explains Daniel Meyers, creative director for Second Story, a multidisciplinary firm based in Portland. “It’s as relevant for a retailer as for a library [as] for a commercial real estate developer... [this] very broad and widely applicable idea, that we make places that are both intelligent as well as friendly.”

Second Story has recently worked with Whole Foods Market to create a series of experiences in its new 48,000-square-foot store near Atlanta, as well as debuted Vornado Realty’s mega 4K billboard the length of a Times Square city block and equipped with motion-, mobile- and camera-detecting capabilities. “We have this amazing ability to use networked digital technologies, both to sense people’s expressed needs and interests, but also then to make available to them a whole wealth of experiences and information.” Meyers expects to see (or hear, rather) more work with dimensional sound, “a remarkable tool that is highly underutilized outside of music,” in the near future. “We have more senses than sight,” Meyers says. “Technology that looks at more ways to communicate and sense, that are not just visual, is exciting to me.”

Meyers also wants to see the industry “transcending two-dimensional broadcast media.” “We’re in a moment where category boundaries are being dissolved in significant and meaningful ways,” he says, and hopes more of a dialogue will take place around the ethics, not just the art, of creating personalized experiences in public spaces.

Anthony Vitigliano, director of experience design at Digital Kitchen in Chicago, also produces experiential content in remarkable spaces, notably the digitally enhanced Tom Bradley International Terminal at Los Angeles Airport (LAX). The creative studio, perhaps best known for its film and TV title sequences, uses narrative to connect people with places. “How do you make something sensory that’s based on ones and zeroes? It has to do a lot with how you communicate and how you tell a story to people,” Vitigliano says.

Digital Kitchen took a cinematic approach to LAX’s 80-foot LED “Welcome Wall,” the first thing international travelers see on arrival. “If you’re getting off a flight [after] six, seven hours, the last thing you want to do is be entertained by something. We didn’t want people to have to think, ‘Now I have to interact with this giant screen,’” says Vitigliano. To create a sense of tranquility, Digital Kitchen wove into footage of rolling ocean waves the word welcome translated into the languages of each arriving flight’s port of origin. “That’s a very simple, light-touch approach to creating an interaction with people,” says Vitigliano.

“A lot of things currently out there are more of an interaction between you and technology versus you and another person,” Vitigliano says. “Having to pull out your phone and type something in to interact with an environment — I want to get rid of that… When we think about spaces and environments, they should be full of life more than they should be full of technology.”


For more information about the Responsive Environments category in The One Show go to www.enter.oneclub.org 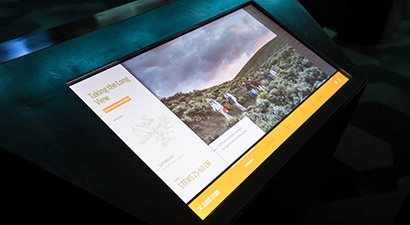 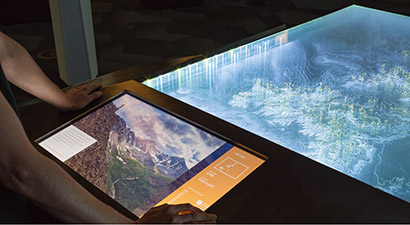 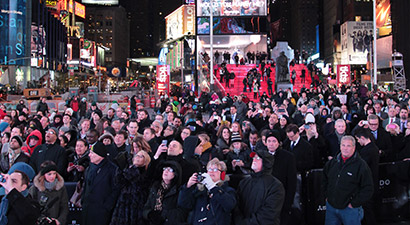 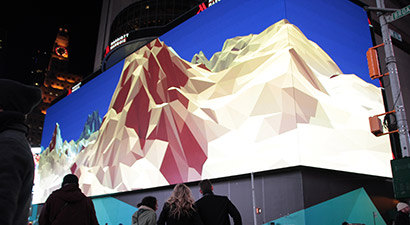 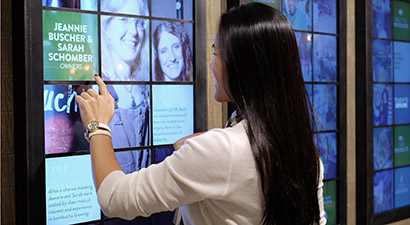 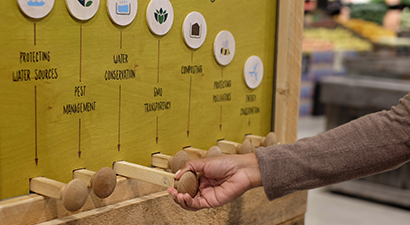