Q&A with actress and poet behind One Screen-winning Film

“Damn I Love This Friday Night” is a short film that captures and crystalizes the Millennial and Gen Z anxiety-ridden social culture that we are currently living in — this film is Friday night as we know it (well, at least before the coronavirus pandemic hit.) The humor in this music video is contagious and very relatable for anyone who has that anxiety.

"Damn I Love This Friday Night” was produced by Anonymous Content, and it went on to win at The One Screen 2020 last month. Clearly the highlight of it all is the video's starring actress and writer, Samantha Jayne, who is also the advertising creative-turned-creator of the blog/Tumblr/Instagram/real life book/TV series "Quarter Life Poetry." Thanks to Samantha graciously responding to my Insta-DMs, here is everything you’re going to want to know after you watch “Damn I love this Friday Night.”

Damn I love This Friday Night

Knowing that you wrote Quarter Life Poetry — Poems for the Young, Broke, & Hangry — did you write the script for this music video and where did the idea come from? 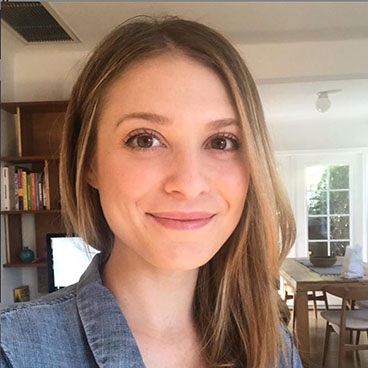 I had an idea to write a spoken word piece about social anxiety at a party, so I took that excitement and I just went for it before I could talk myself out of it. I worked with my creative partner Arturo Perez Jr. to turn it into a song with our sound composer Christian Hanlon, and then Arturo directed the film. I wanted it to be a dramatic retelling of a night gone awry — a situation where the stakes feel very high; nothing makes me more anxious than showing up to a party where I don’t know a soul. That’s where the comedy bit comes in with Quarter Life Poetry — situations that feel intense in your inner world, but on the outside might not appear to be. I act in it because I’m an actor and I wrote it, so it feels natural to see it through creatively on screen. Anonymous Content reps Arturo and I, but this is the first project we’ve all collabed on.

This music video is very funny — at The One Screen screening, there were lots of laughs from the audience. How did you keep it together during filming?

I’m so happy the audience enjoyed it! This film is part of a series of nine shorts that we made for FX that aired on their show "Cake". It was a mad dash of nine days of filming, and we shot this short in basically one day on location in a house in LA. There was a lot of pre-planning and focus, but we had a ton of fun because we made it with our friends. We worked with our editor (who’s also my brother) Zach Siegel. He has great comedic instincts that he brings to the edit– we love working with him.

"This short is ultimately the story of FOMO, false expectations, social awkwardness, and obviously grabbing content for your Insta story– within the comedy, we wanted it to feel dark, chaotic, and lonely. We want the audience to connect with it in their own way, because that’s the point of the project– to reach out and say, “hey, you’re not alone.”"

After watching this film a handful of times, it is clear that it is a direct critique of social culture today (hello Millenials and Gen Z). Was this the mark you were trying to hit?

Quarter Life Poetry has always been a project about the little things we don’t normally feel comfortable talking about because we judge them inwardly as unimportant. So we shove them down and don’t talk about them, and that’s when loneliness and isolation come into play. I think with social media we feel less connected than ever. This short is ultimately the story of FOMO, false expectations, social awkwardness, and obviously grabbing content for your Insta story — within the comedy, we wanted it to feel dark, chaotic, and lonely. We want the audience to connect with it in their own way, because that’s the point of the project — to reach out and say, “hey, you’re not alone.”

What was your favorite part about filming this?”

We have a very talented group of friends that we love to work with; working together feels like a family, and that’s the best part.

Talk to me about your quarter-life crisis. What would you like people in their early twenties to know about being 25?

I was an art director at a huge ad agency that no longer exists; I was burnt out; I had just broken off a long-term relationship; and I felt so very empty. I felt extremely lonely and confused, and also upset with myself that I was unhappy. I had a lot of guilt – I felt that I should be content, even though I knew I wasn’t. So I moved cross country and started fresh. It was terrifying and so very freeing. I’ve learned through a series of these terrifying leaps that the universe will catch you. My advice is to listen to your inner voice. Fear and logic keep you stuck, but if you pay attention to what truly fires you up, and run toward it, work hard at it, and don’t give up, your life will grow and expand in beautiful and deeply fulfilling ways. But it all starts with taking that first blind leap.

What’s the next project we can expect from you?

We’re expanding Quarter Life Poetry into a 30-minute series with Anonymous and FX!

"Fear and logic keep you stuck, but if you pay attention to what truly fires you up, and run toward it, work hard at it, and don’t give up, your life will grow and expand in beautiful and deeply fulfilling ways. But it all starts with taking that first blind leap."

How does it feel to be the talent behind a winning film in The One Screen?

Since I used to work in advertising and went to school for advertising design at FIT, I’d always go to the student One Club and be inspired by great work. It’s an honor to be recognized by The One Club for my work even after I’ve left advertising; I’m humbled and very grateful! My advice to all the storytellers: listen to your inner voice and pay attention to what excites you and makes you giddy; persistence is key, as trite as that sounds. I’ve received so many “no”s I can’t even count. Remember why you’re doing what you’re doing, remember why it excites you and, most importantly, remember how your work can serve others.

The winners of One Screen 2020 are now available for viewing. 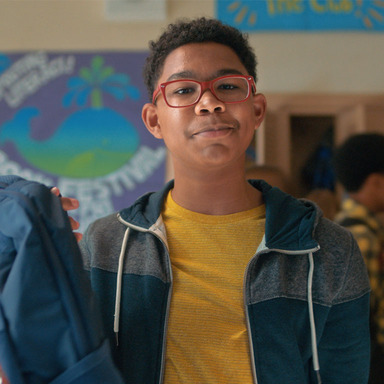