Six Differences Between The One Show and The ADC Awards

When The One Club for Art & Copy and the Art Directors Club merged to form The One Club for Creativity last year, they also brought together two of the industry's most prestigious award shows. Now that the forward-thinking advertising industry accolades of The One Show, and the rich, near century-long visual design history of the ADC Annual Awards are under the same roof, we thought it would be appropriate to highlight the differences between two of our industry’s highest honors.

True students of industry history will remember that prior to the 1970s, there were two organizations: The Art Directors Club of New York and the Copy Club of New York. They had decided to unite their respective award shows into a single entity — The One Show — which was first awarded in 1973. All was sweetness and light for a few years before the "One" separated into two once again.

In parting, the two awards became more focused, with the Copy Club using the One Show moniker to lean more towards the world of advertising, and ADC staying closer to their design roots. And while some categories overlap and new and exciting forms of media and tools have come into existence since then, advertising and design remain the respective hallmarks of The One Show and the ADC Annual Awards.

"We're The Superhumans" — One Show 2017 Best in Discipline winner

Reflecting on their advertising and design differences, the two award shows have vastly different categories for one to consider. Whereas the ADC Awards cover Advertising under one single jury, the One Show seeks to specialize, with different juries for various aspects of the advertising world, from Print and Outdoor to Film to even Radio. Conversely, the One Show has a singular Design jury, while ADC builds upon this, having separate juries for Branding, Publication Design, Packaging and Product Design, Illustration, Photography and more.

In spite of these differences, both One Show and ADC juries are made up of a diverse collection of some of the creative industry's most talented individuals from around the world. In addition, this marks the fifth year in a row that the ADC Annual Awards have fielded a gender-balanced jury, in keeping with its 50/50 Initiative.

When the judges settle in for many, many hours of deliberation, discussion and debate, they have different criteria for deciding which submissions are worthy of high honors. For The One Show, the judges are tasked with evaluating the "big idea"—an entry can have 47 consumer touchpoints, half a million social media likes and the world's greatest case study video, but if the overarching concept isn't solid, or isn't followed through in the execution,  it won't score well with this crowd.

The ADC juries pride themselves on being true artists, and will be looking for craftsmanship above all other aspects. It isn't enough to simply sweat the details — every brush stroke, every pixel, every letter of every typeface must be perfect. Market share increase is nice, but ADC judges will be looking for beauty.

The differences in judging criteria may explain why a submission could win Gold in the One Show and yet barely crack Merit in the ADC Awards, or vice versa. Of course, if you are awarded top honors in both shows — well, you've certainly created something magical. 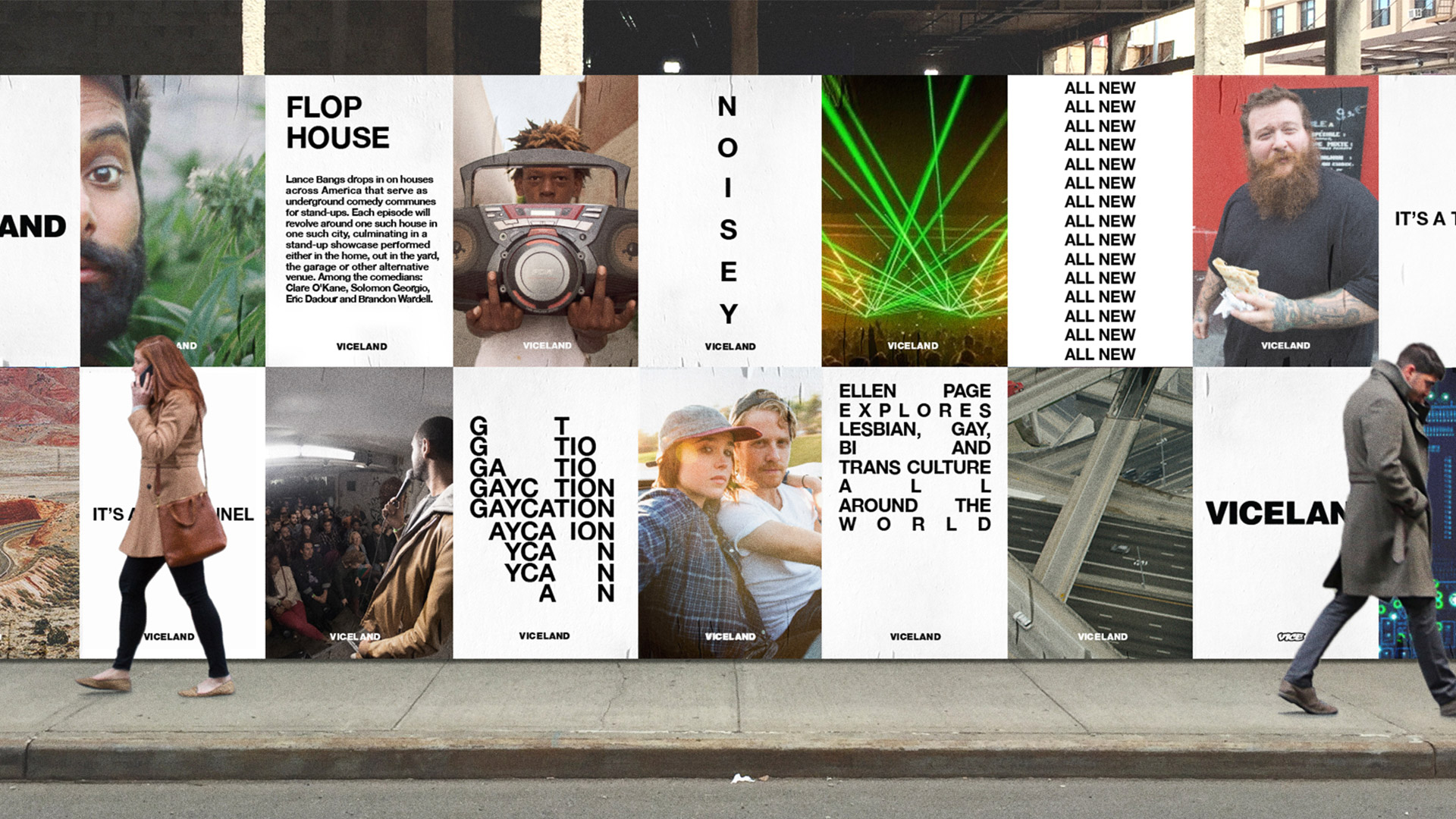 Prior to their 1970s alliance, the Art Directors Club and Copy Club had separate awards. For the former it was the Manship Medallion, designed by legendary sculptor Paul Manship (of Rockefeller Center fame). For the latter, it was the Gold Key Award. When the two shows merged, the One Show Pencil was born, a creation of then Club President — and future Hall of Fame laureate — George Lois. 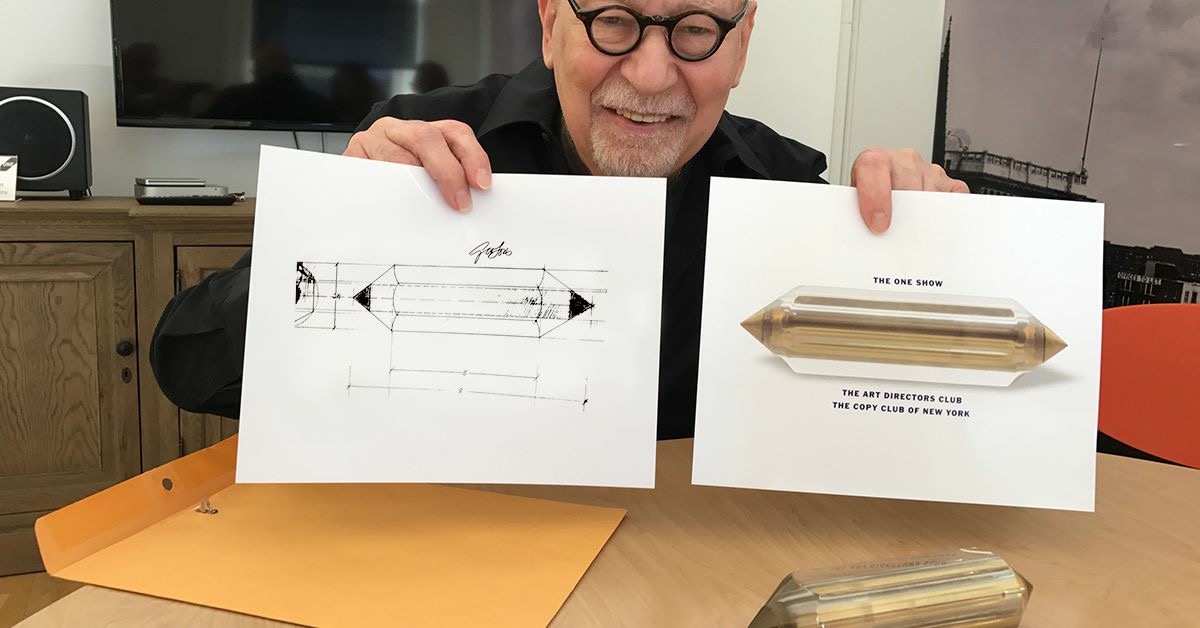 After the separation, ADC tasked another future Hall of Fame laureate, Gene Federico, with envisioning  a new trophy. Thus, the ADC Cube came into being. The One Show Pencil and the ADC Cube remain relatively unchanged to this day.

For both The One Show and the ADC Annual Awards, entry fees vary depending on the category. To encourage professionals who are creating mind-blowing work but who might not enter because they don't have the larger budgets of the multinational agencies, this year the ADC has introduced a tiered pricing system that offers significant discounts to small studios, freelancers and sole practitioners. At the ADC Annual Awards, the self-employed editorial illustrator deserves just as much of the spotlight as the global branding firm.

For more than four decades, The One Show has attracted entries from the widest array of agencies in the world. To these movers and shakers, the competition is fierce, and the One Show is one of the most hallowed battlefields of them all.

After judging, The One Show calculates the scores of all submissions in order to create rankings for independent agencies, individual agency offices, networks and even holding companies. When vying for top spot in the creative constellation, it's hard to beat a shelf full of Gold Pencils.

Whether you're planning on entering the ADC Annual Awards or have your heart set on winning a One Show Gold Pencil — or both — the two honors will both be awarded during Creative Week this May; there's a swanky affair for the ADC 97th Annual Awards set to take place on May 7, while One Show 2018 winners will feted at two separate galas on May 9 and 11.

And finally, no matter which show you choose to enter, you are supporting The One Club for Creativity, a non-profit organization that pours everything back into nurturing a more vibrant and inspired global creative community.

ENTER THE ONE SHOW