By Alixandra Rutnik and Brett McKenzie Posted on Aug 12, 2021

You will always find them in the kitchen at parties

“We are a kitchen agency. My favorite parties are the ones where everybody ends up jammed into the kitchen, and that's really Tank for me."

That's how Geoff Donegan describes the vibe at Boston area-based Tank Design, where he's had the fortune of working for the past decade, and now serves as Executive Creative Director. “We are a kitchen agency. More than anything else, I think you could describe our culture in the casual, conversational vibe of a kitchen party.”

Tank was founded in 1994 by Fred Weaver and David Warren with the belief that design is much more than just the pretty decoration on a smart idea. Jokingly given the backronym of Two Associates, No Kids, Tank has long outgrown that thought, and today sits as a brand and experience design firm with around 50 employees in their new Somerville, MA digs and another seven in San Francisco. With such growth, the name Tank is now more symbolic of an aquarium, where a wide variety of species are interacting– a concept that was actually part of the original naming approach. And as offices slowly begin to open up, we had an opportunity to learn more about the culture at Tank via conversations with a whole slew of "Tankers" — the name they bestow upon their teammates.

"I think this move to Somerville fits with our previous moves," explains Tank COO Scott Watts, who has been with the company for 21 years. "We started in an old carriage house in an alleyway in Brookline before moving to Cambridgeport, which was an up-and-coming spot, and that's now full of pharmaceutical companies and other corporations. So our move to Somerville is similar to those places when we were first there."

“We were looking for a certain vibe, and I can't say if this is true or not, but I believe we were looking for a space near a brewery,” Geoff laughingly adds. In fact, Tank’s new space is surrounded by breweries, restaurants, and a rock-climbing gym. “We consider ourselves garage-bandy, gritty, and up-and-coming even though we have been around for more than 25 years," says Justine Mikulis, Tank's Director of Client Services. "Our industry changes constantly, and we are reinventing all the time in great ways. We are organic. Our new office in Somerville is all of those things too, so it is perfect for us.”

“We consider ourselves garage-bandy, gritty, and up-and-coming even though we have been around for more than 25 years. Our industry changes constantly, and we are reinventing all the time in great ways. We are organic. Our new office in Somerville is all of those things too, so it is perfect for us.”

But what do new office spaces mean in a time of COVID, when agencies are reexamining the need for a physical workplace? For Tank, the move came right at the beginning of the pandemic, and it's only in the past few months that they're truly making this new spot their own. "What we've found is that people want to be in the office, collaborating and communicating with each other in person," explains Geoff. "Some of our staff live on their own and miss being around others, while others have busy households and like having the office as a place to get away. So it has really worked for us thus far."

Even with COVID restrictions, the culture of Tank managed to shine through. Longtime Tank client Tharon Cottrell joined as Director of Client Partnerships only six months ago, right in the middle of the work-from-home trend, and has nothing but great things to say about that experience. “I can honestly say that I haven't seen a team so willing to reach out and help you navigate the company as the Tank team has been in this remote setting," he explains. "It was really refreshing to me, being surrounded by smart people who are willing to help you be successful no matter what, even if they didn't know you or weren't part of your particular project.”

Tank has transitioned well from work-from-home to now adapting a hybrid work model that has around ten people in the office on any given day. This new normal would not be possible without accountability, and the overall consensus at Tank is that a healthier work-life balance has been achieved. “I may be answering an email at 8 PM, but I also went to my son’s baseball game at 4 PM," says Jen Dadagian Director Of User Experience, Content Strategy & Research. "It’s all about accountability and responsibility, and we’re all in it together. We’re making sure not to let each other down, doing the best work we can, supporting each other, and delivering great work.” Justine concurs, “We encourage people to go to their son’s baseball games. Do your yoga at lunch. Be accountable.”

“I may be answering an email at 8 PM, but I also went to my son’s baseball game at 4 PM. It’s all about accountability and responsibility, and we’re all in it together. We’re making sure not to let each other down, doing the best work we can, supporting each other, and delivering great work.”

Over in San Francisco, Designer Gino Santoro is also glad to be returning to the office. “The thing I missed the most was being able to grab someone and say, ‘hey can you come over here to look at this and tell me if it looks like crap,'" he explains. "During COVID, I could send something to somebody and wait three hours for a reply. Eventually, I just told myself it looks good enough. So, going back to the office has been absolutely refreshing. The other day a couple of coworkers and I were all around one computer, and we called it a collab in the lab.”

When a new project or assignment comes along, leadership tends to be equally flexible with the team structure as they are with work-life balance. “Our teams vary depending on the project," says Geoff. "Some are brand-focused, while others are really complex digital products. Usually, a team begins with a researcher or strategist who does a lot of early-stage heavy-lifting. There may be a UX researcher on a digital project. The design team can be one person or five people, depending on the scale of the assignment. There is a technology lead and multiple developers. Of course, this is all underpinned by an account manager who keeps us all moving in the right direction,” he elaborates.

“We also lean towards the best people for a particular project, rather than who is simply available," Scott adds. "This sometimes works out perfectly, but other times things might be paused until the best person for the job becomes available, and we try to move things around so that they can be on that project.”

Beyond work, there is also a lot of play at Tank, who are famous for their themed Halloween soirées, where staff members go all-in on their costumes. The themes are not your typical “Roaring 20s,” “Grease-inspired 50s,” or “Yoga-esque 80s”– instead think “No Time to Die,” “Comic Relief,” and “Work of Art.” In the winter, Tankers love to hit the slopes with an epic ski trip for all. It’s an opportunity to sit on the chair lift and get to know coworkers you would not normally interact with on the day-to-day. In addition to racing down the mountain, every winter the annual holiday party brings the East and West coast teams together. There is an eighties pink and purple tracksuit that gets reentered into the Yankee Swap every year. And, whoever gets it must put it on and bring it back the next year.

Tank doesn't relegate all of its frivolity to special occasions. There is a frequently used ping-pong table that occasionally turns into beer-pong in the Somerville office, while the team in San Francisco do daily lunch workouts.

And of course, there are the kitchen beers.

As Geoff noted earlier, if there's one thing that the Tank team all agrees on, it's their love of getting together in the kitchen and sharing a beer or two. "The good conversations always go down in the kitchen," says Senior Account Manager Jennie Osber. “Every Monday after an airing of The Bachelor, we all come in the next day and recap in the kitchen. I’m excited to get back to that!” Even during COVID, the kitchen beers never went away, but rather transitioned over to Zoom. “The informality of a kitchen beer. Or a Zoom beer is really core to us,” Justine notes.

All of this adds up to a culture that the leadership at Tank has been proud to foster. “We care about our work a lot, but I believe we care about our people more," says Geoff. "We give our people space, we give them power, responsibility, and control over what they're doing. We feel this is essential in creating an environment where great, effective work can happen, in which innovation can occur. It's a culture of caring, of genuinely giving a shit about our people, which in turn causes them to care about the work and each other. My job as a leader is to make sure our team has what they need, and what they need is support every step of the way,” he continues.

"We care about our work a lot, but I believe we care about our people more. We give our people space, we give them power, responsibility, and control over what they're doing. We feel this is essential in creating an environment where great, effective work can happen, in which innovation can occur."

“There is a sense of selflessness here at Tank," adds Scott. “I've noticed over the years that people who are selfish or self-centered tend not to do as well or last as long. It's funny because this selflessness has a downside. We put so much into selling our clients and partners that we sometimes forget to sell ourselves!”

Geoff and Scott are very adamant about hiring great thinkers who represent Tank. Scott explains with a sports analogy: “There are teams or schools who recruit athletes. They might need a wide receiver or another specific position, but really they just want great football players. There's an element of that here at Tank. The best people we've ever found weren't brought in to fill a specific need or position. They were brought in because they were creative, hard-working, talented, interesting, different, and unique.”

Geoff concludes, “We are really focused on where people want to take their careers. If they want to work on one type of client, or if they want a variety, we try to make that happen. We want the work they are doing to help with their own professional development. It's a balancing act, to both be the most effective, productive team that we can be, while also giving our people what they need to grow.”

Tank gives life to personal, professional, and organizational growth. Gino confirms, “I am learning like crazy. Tank provides an incredible environment to learn.”

After joining Tank, there is no going back. Jen declares, “Once a Tanker. Always a Tanker.”

One Club for Creativity Corporate Members get featured here on the One Club website and across our social media channels. Interested in an agency profile? Drop us a line at membernews@oneclub.org. 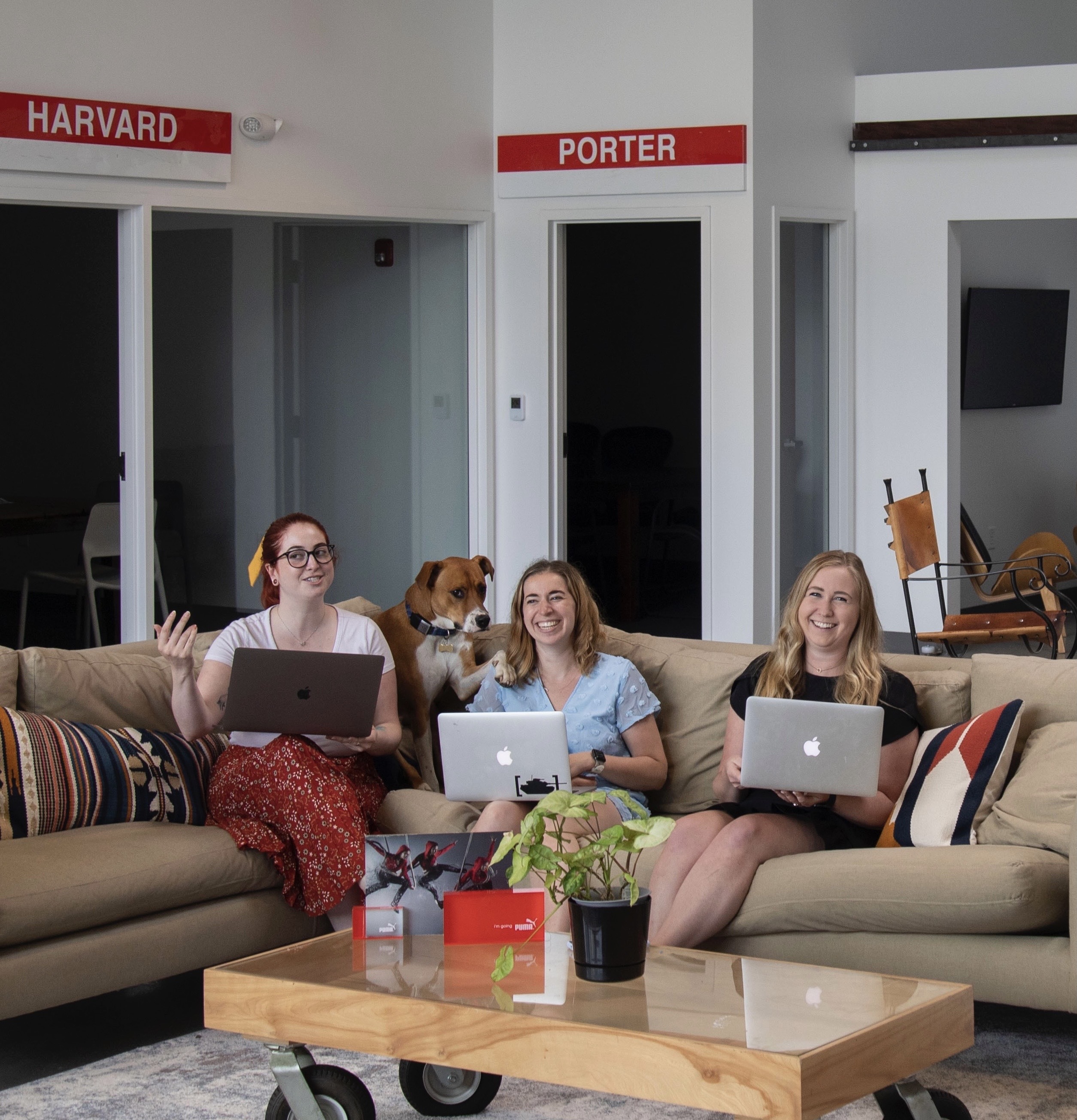 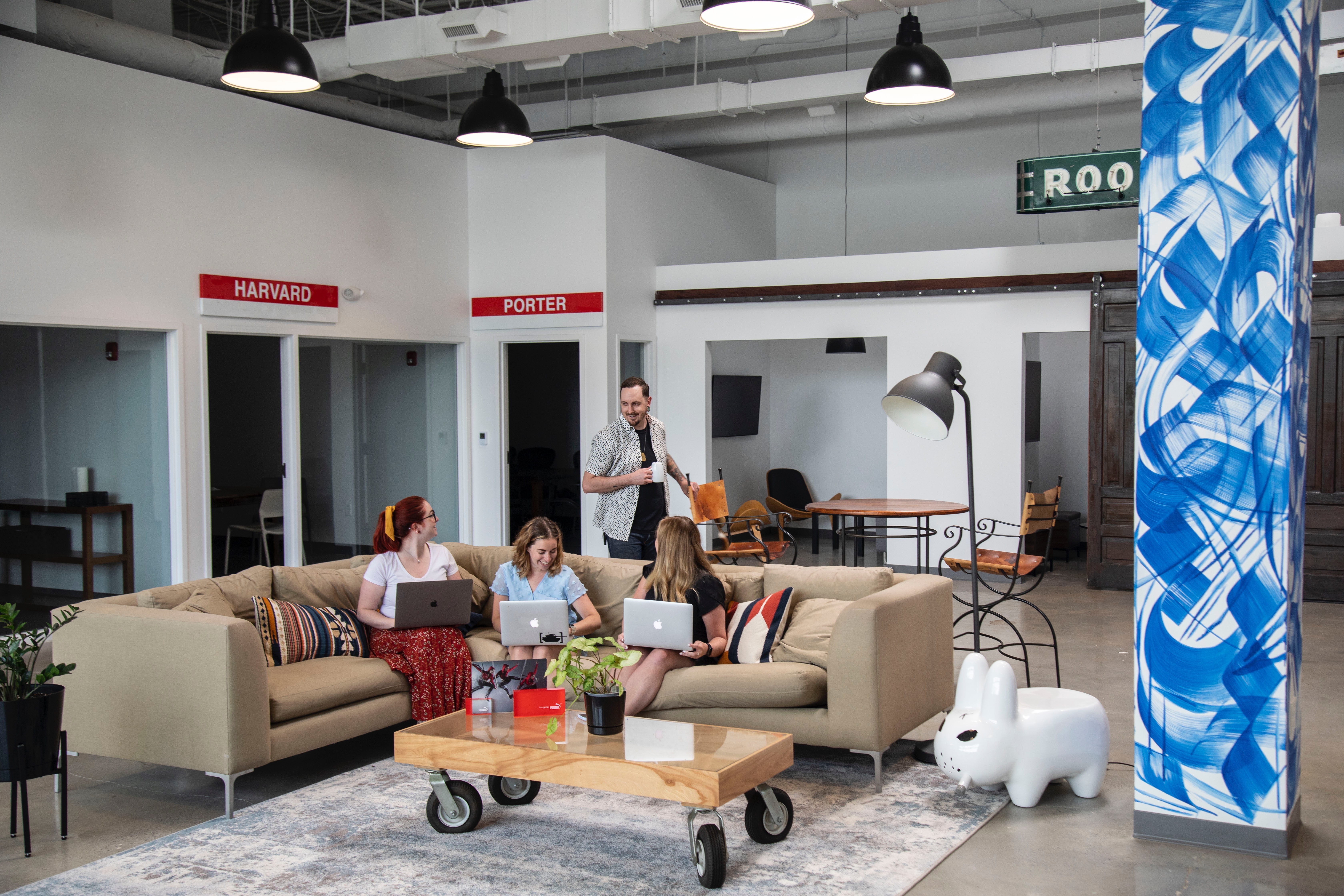 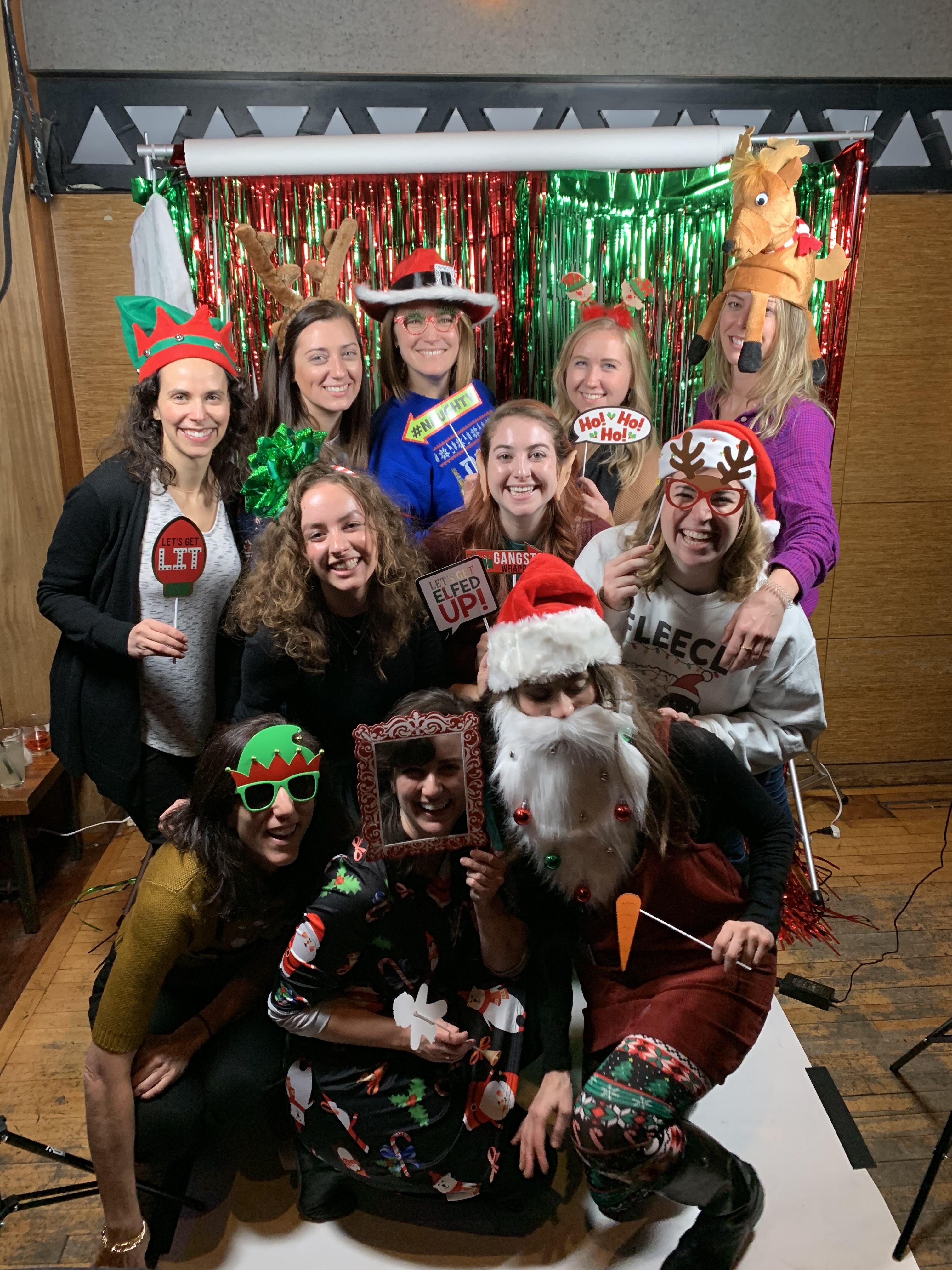 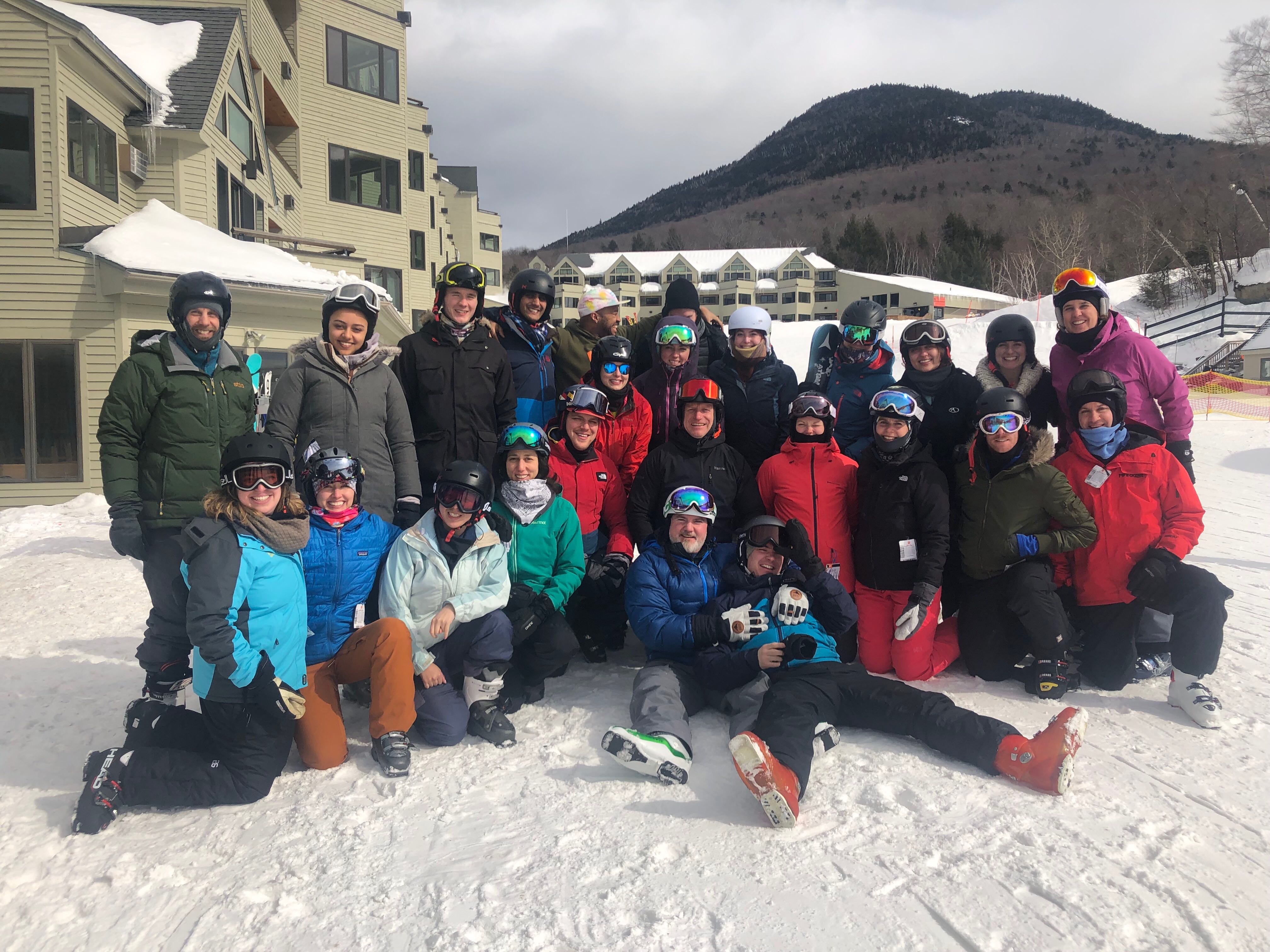 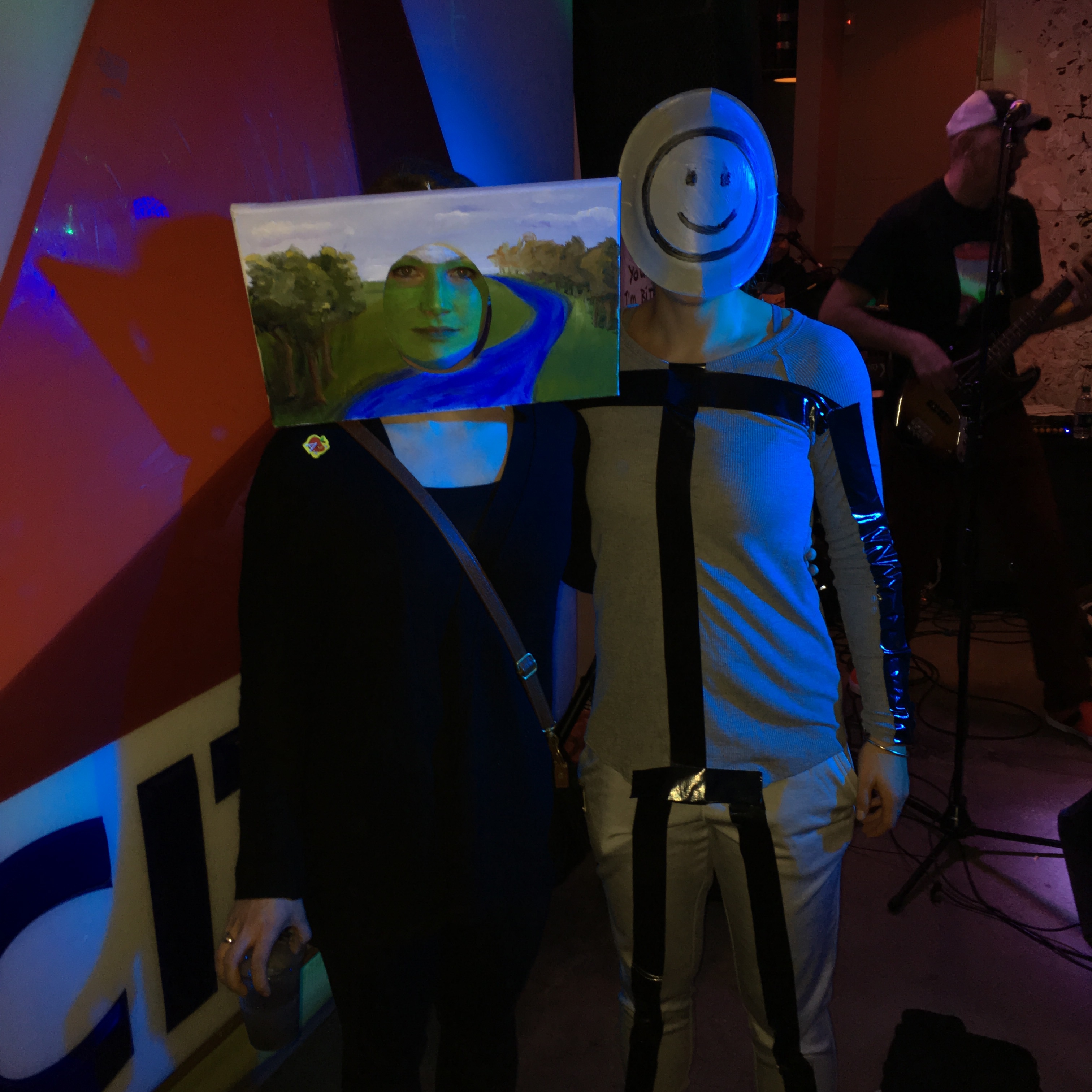 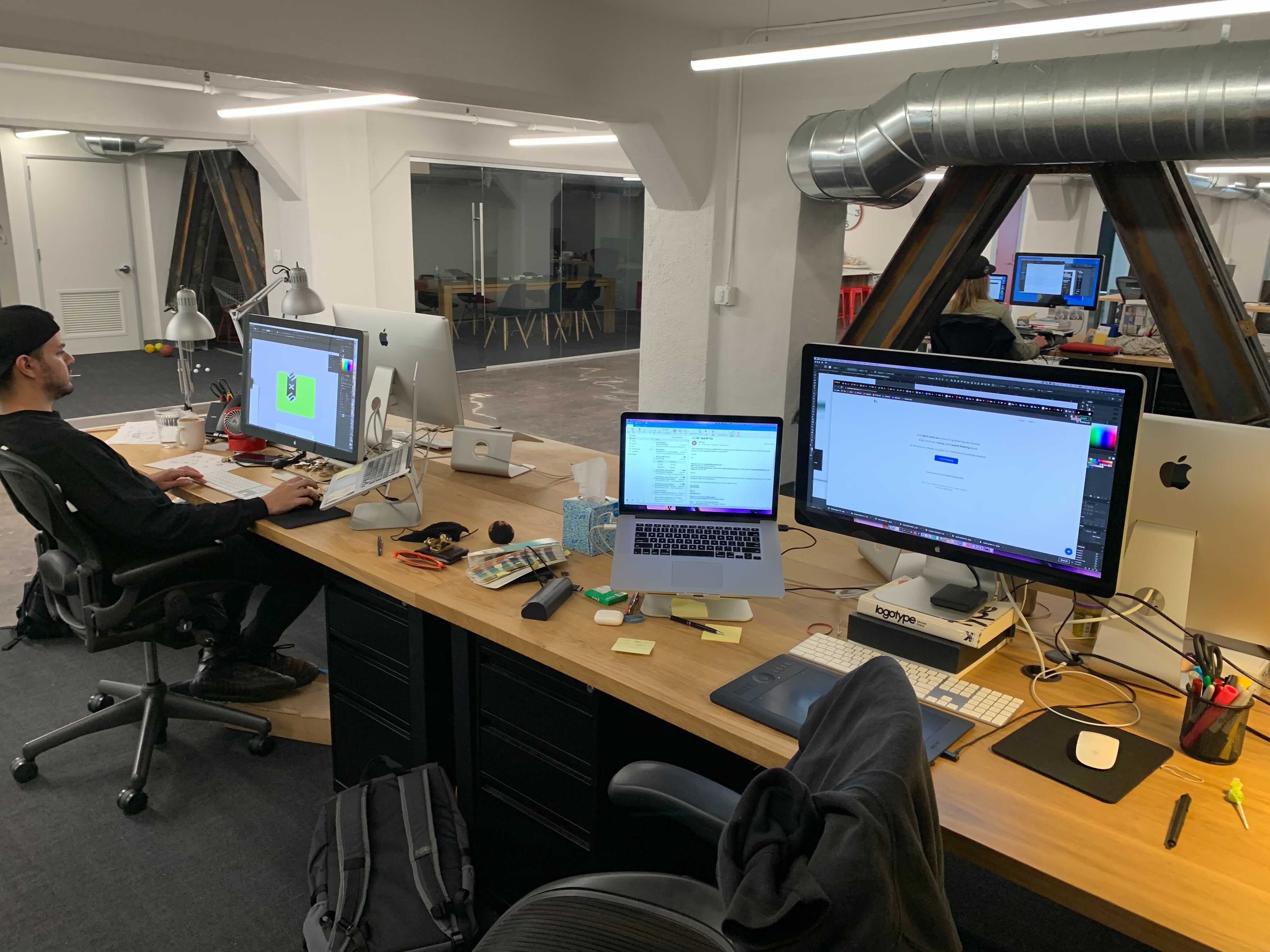 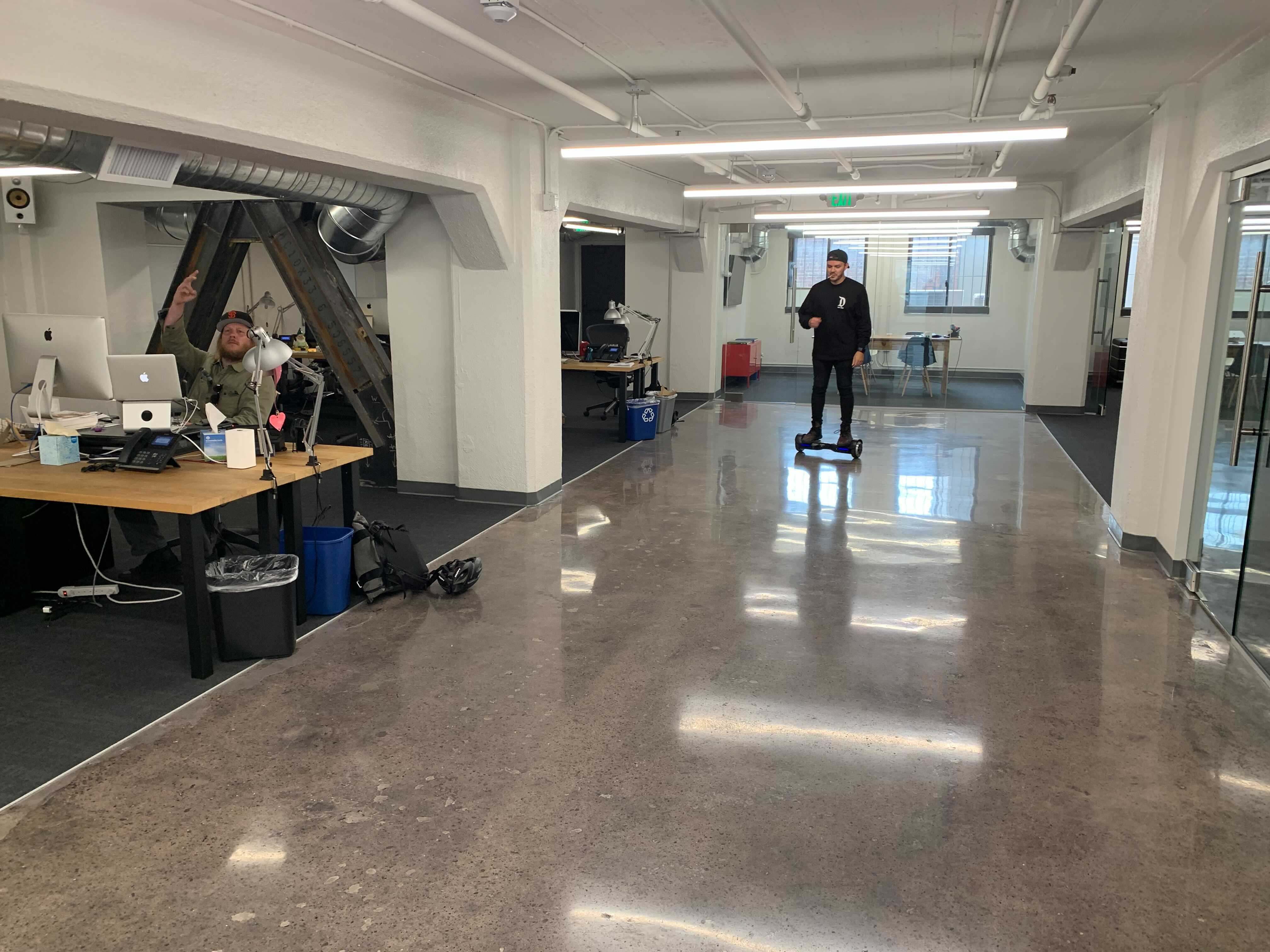 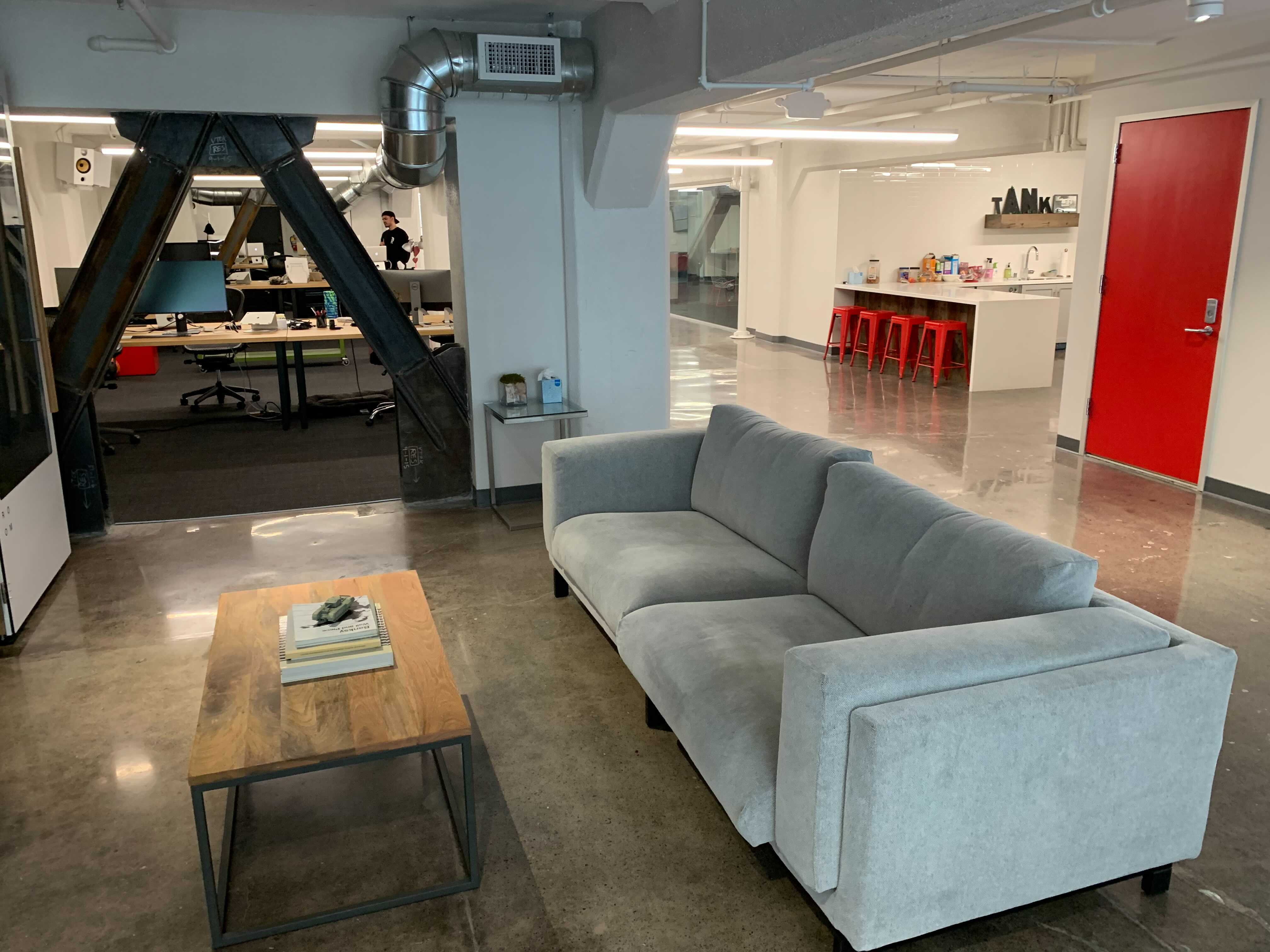 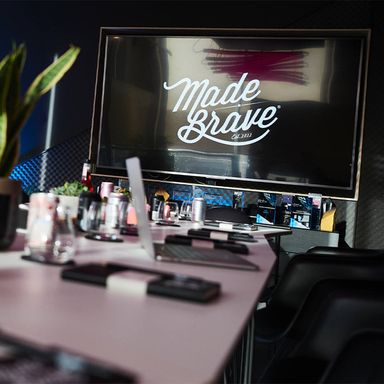