The Creative Revolution of the 60s

Shortly after I was hired full time to teach Advertising Design in 2007 at the Fashion Institute of Technology (Yes, there is an Advertising Design program at FIT and it’s not just a fashion school) I was asked by the Communication Design Department to update the Advertising Design curriculum since it had not been updated since the 90s. I soon found out that updating the Advertising Design curriculum was no easy task, considering in 2007 agencies were finally figuring out how to utilize digital media, the first iPhone was released that year and then the iPad came along in 2010. And on top of that everyone including brands were now on Facebook, and social media has becoming more and more important to advertisers. So as were working on updating the curriculum, the advertising industry was going through major shifts and media was changing everyday.

It was not a surprise that we discovered that every single course in the curriculum had to be changed and updated to prepare our students to work in a creative department of an ad agency in 2015. What was a surprise, though, was that we discovered that the creative revolution is just as relevant today as it was over 60 years ago. Take a look at the similarities between what was going on during the Creative revolution and what is happening today:

During the last information and entertainment revolution, when television replaced the radio, Bill Bernbach had the foresight to put the art director and writer together for the integration of words and images to come up with the “big idea.” Today, Bob Greenberg, the founder of R/GA has taken Bernbach’s creative team idea and made it work for today’s information and entertainment revolution—digital media by making the Creative Technologists full partners with the Art Director and Writer in the concept development process to integrate words, images and technology to come up with a “bigger idea” that works in TV, print, outdoor billboards, interactive and creative content like online films, video games, live events, ambient media, web platforms, books or a media that hasn’t been invented yet.

Bill Bernbach said: “Principles endure, formulas don’t. You must get attention to your ad. This is a principle that will always be true.” He also said, “how you get attention is a subtle, ever- changing thing. What is attractive one day may be dull the next.” Alex Bogusky and Chuck Porter said the same thing in the 2006 book Hoopla, that creating hoopla is all about using any means necessary to garner attention and create fame and they mutated advertising into other forms—basically anything that might command attention and thereby make a brand famous.

George Lois wrote in his book What’s the Big Idea: “My continuing obsession will always be to create vivid images that catch people’s eyes, penetrate their minds, warm their hearts and cause them to act.” Alex Bogusky and Chuck Porter say that Hoopla is designed to get people to react, respond, join in and do something.

Bill Bernbach said, “Let us prove to the world that good taste, good art and good writing can be good selling.” Not that different from what Rich Silverstein says today, “Why can’t you take a great idea and also make it aesthetically attractive?”

So there you have it, Bill Bernbach was right. Principles do endure, formulas don’t and getting attention to your ad is a principle that will always be true.  It seems that although a lot has changed in advertising since the 60s, a lot has remained the same. So, to update our Advertising curriculum, we needed to go “back to the future.” Of course the students starting the new program this fall won’t even get that reference since they were born eight years after that movie came out. 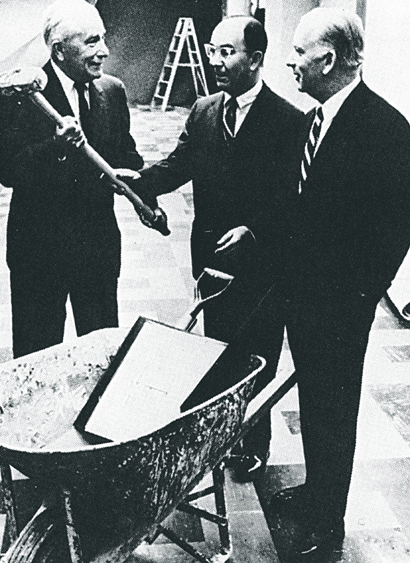 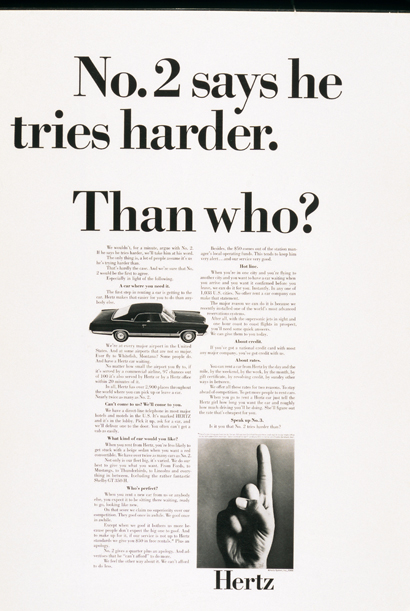 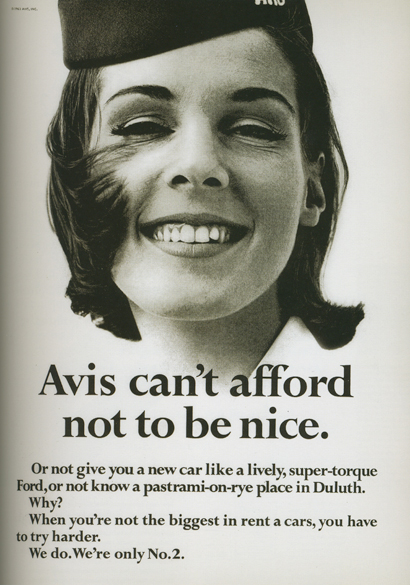