The Western film genre has been satirized countless times, from Blazing Saddles to the darkly comic Django Unchained. One might think that it's been exhausted, but they'd be wrong. The Gunfighter, this year's One Screen Best of Show, takes viewers through familiar territory with a fresh and funny take, one that features an omnipresent narrator that the characters hear and argue with. We chatted with Kevin Tenglin, the writer and one of the creators of The Gunfighter about his award-winning side project.

How did the idea of doing a spoof of a western come about?
The idea came from a short story I wrote years and years ago. I was trying to write a serious short western story and it was really bad. So the characters started talking to me within the story, telling me how bad and cliched the story was. And I thought, that's much better than what I was writing. So that became the story. I then met Eric Kissack, the director, through an advertising job and we hit it off. Eric is amazing. Any advertising creatives that read this, send Eric your boards. Send him your boards. He will blow you away. But I digress. Eric is an editor/director, and he was looking for something he could shoot as a calling card. I pitched him the idea of The Gunfighter and he loved it. So he and I really hammered out the script together. He wrote a lot of my favorite jokes actually! He helped me turn it from a pretty one note three minute sketch into something with a beginning a middle and an end that could sustain for nine minutes and not tire the viewer out. Then we shot it, and it worked!

Where did you find the actors? Where was it shot?
Eric is friends with these two amazing casting directors (Susan Deming and Dorien Davies) and they agreed to help us out for a pittance. They're both comedic actresses themselves so they are connected to all sorts of amazing people (a lot of our cast are Groundlings guys and girls). The actors themselves were really into the material so agreed to do it for the minimum possible we could pay them. They were all amazing, the Gunfighter himself, Shawn Parsons has since landed a recurring role on Justified I think because they saw the Gunfighter. Apparently he didn't even audition which I think is awesome. The voice of the narrator was a bit of a different journey to cast. We reached out to a bunch of serious actors. We wanted the voice to be a real well known western actor. We reached out to Kevin Costner and Sam Elliot's people. I'm sure they laughed at us. We did hear back from Robert Duval's assistant, who very politely declined. We weren't getting anywhere so we decided to re-strategize and try to use personal connections to find someone. We discovered that both Eric and myself are both one degree away from Nick Offerman. So we had both of our mutual friends send him an email with a rough cut of the movie. He watched and truly enjoyed the film. He agreed to do it. It was one of the most kind and gracious things I've ever seen. The guy was so busy shooting Parks and Rec and agreed to give us one of his very few free days. And his voice ended up being just what it needed. He is my hero. We did buy him a really nice bottle of whiskey, though. I hope he enjoyed it.

We shot it at Melody Ranch in Santa Clarita. Eric and I scouted a bunch of locations and most of them just weren't right. They didn't offer the depth we needed to create little spaces within the bar to place the little factions. We saw Melody Ranch and knew it was perfect. It's where they shot part of Django Unchained, and it was one of the bars in Deadwood. Not Swearengen's bar, the other guy's, Powers Boothe's bar. The problem we ran into was that the location was booked up for six solid months for a TV show. But then they called us and said "It is open this one weekend, you can have it this one weekend." Eric and our producer, Sarah Platt, and I all looked at each other and basically decided we would just figure out how to make it work, so we jumped into action and it all came together.

Tell us about yourself. How did you wind up where you are now?
I have a long history in advertising. I started as a writer at Modernista! in Boston working for Lance Jensen. He is sort of my advertising father figure. He taught me so much about writing, and timing, and music. To this day I will be working on something and think "wow that was very Jensenian." He was great. I then moved on to BBDO in New York, and then to TBWA Media Arts Lab in Los Angeles where I was lucky enough to get to write on the Mac vs. PC campaign. If they were still doing those spots I would still be there writing them. It was so much fun. When that campaign went away I got kind of depressed, I quit my job and started working freelance. Then the thing happened with Eric. Then we made another short film for Geek and Sundry about werewolves which was also fun. And now we're trying to find someone to give us money to make a real movie. We have scripts! Good scripts! We just need like two million bucks. Or even just $1.5 million. Someone give us $1.5 million and we will make you an awesome movie. I hope someone with $1.5 million reads this (call me).

Who’s your favorite director or filmmaker of all time who influences your work?
I don't think I can really say who influences my work. I don't think I've made enough stuff to say "Oh, so and so is my major influence." That would be a little cocky at this point. But I can say who I love. I love everything Quentin Tarantino has done. He's like Jesus. And I ate breakfast two booths away from him at The Fifties Diner on Lincoln in Venice. It was awesome. And Edgar Wright is also pure awesome sauce. I guess he would be my Buddha. Scott Pilgrim is one of the greatest things ever, in both comic book and movie form. Everything from the Apatow Productions group is good. I guess they'd be my Joseph Smith, father of the Church of Jesus Christ of Latter Day Saints? They know how to tell a story and also make you laugh until a little tiny bit of pee comes out. I'm also a big geek so Joss Whedon (sorry I'm running out of religious icons). He's awesome.


I'm a pretty enthusiastic guy about all this stuff. I love so many things. Trey Stone and Matt Parker, Key and Peele, whoever makes The League, whoever makes Veep. There's a wealth of good stuff out there. I wish I had more time to watch it all. 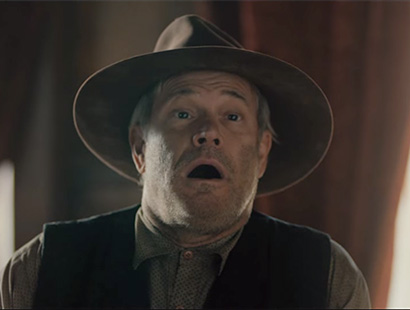 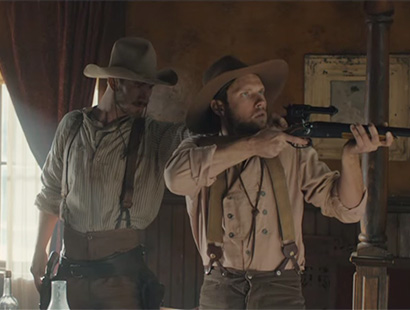 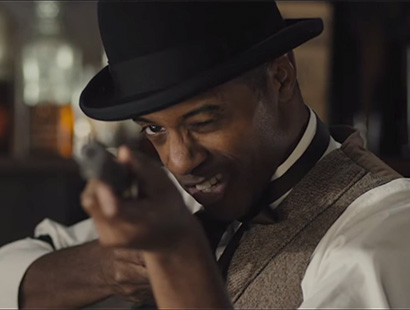 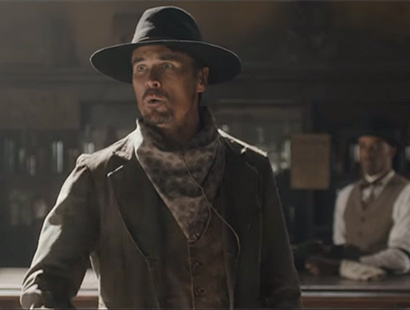 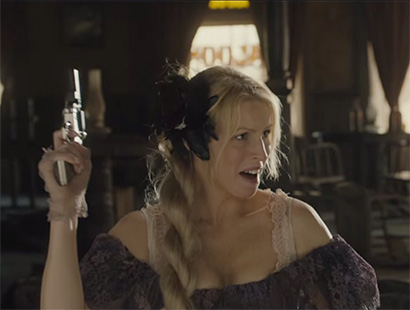