The Rise of Emoji

Emoji has recently taken the world by storm. From all Emoji press releases, billboards and print and online media Emoji has quickly caught everyone’s eye as more than just smiley and wink faces. We see them in music videos, TV trailers and they even have their own international holiday.

More recently we have seen the rise of Emoji in advertising. Chevy released an all Emoji press release trying to drum up interest in their 2016 Chevy Cruze. On a more somber note, the Partnership for Drug-Free Kids has an all Emoji anti peer pressure campaign to be released in print, billboards and online.

While Emoji can be used creatively it can be a risky tactic for advertisers. Using the example to the right, while the gist of this ad is a positive message (in this case “I wish Likes weren’t so important”), the meaning gets lost under the conflict between how Emoji is used here versus what it was designed to accomplish.

Emoji was designed by the Japanese as an ideographic language, not a phonetic one. The ad uses Emoji symbolically in the first half: “girl with a raised hand” as “I” and “magic lap” as “wish”. It uses Emoji phonetically in the second half: “inbox” + “pour” + “tea” + “ant” as “important”. This asks the viewer to use both symbolic reading and phonetic reaching of Emoji, the latter of which Emoji was not designed for. When designing ads with Emoji keep it simple and symbolic.

All Ads and designs need an ‘ah-ha!’ moment, when the user discovers and deciphers a little puzzle that draws them into the work. Emoji are a perfect way to do that in visual communication. They rely on the right brain to decode them, unlike most languages which use the left. When put to the test in a research study about emoticons, by The New Mexico State University, participants expressed that they were more satisfied when they used the following six emoticons alongside their textual communications.

With more digital (as opposed to face-to-face) communication, subtext gets lost. Emoji can give us signals and visual cues that faces and live expressions once did.

Using Emoji in mass communication is a tricky business. Their ambiguous nature makes them ripe for hilarious double entendre, but also subject to unfortunate misreadings by viewers. If you are going to venture into Emoji-as-communication waters for something other than a text to a friend or a cheeky tweet, make sure you know your audience and the possible meanings of Emoji you are using. The Instagram blog is a treasure trove of data about how folks use these little symbols to represent images and ideas. Another great resource is The World Translation Foundation’s Emoji Dictionary which is home to searchable database crowd-sourced meanings of Emoji that surround us.

Niki Selken is a designer, educator and technologist living in Brooklyn and teaching at Parsons School of Design. In 2013 she founded the World Translation Foundation with Cara Rose DeFabio as a way to promote, explore, and translate the written word into the pictorial alphabet of Emoji. Niki's design and Emoji work has been featured by Yahoo Tech, Adafruit, and Make Magazine among others. 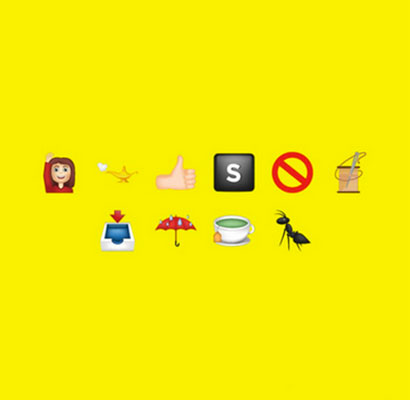 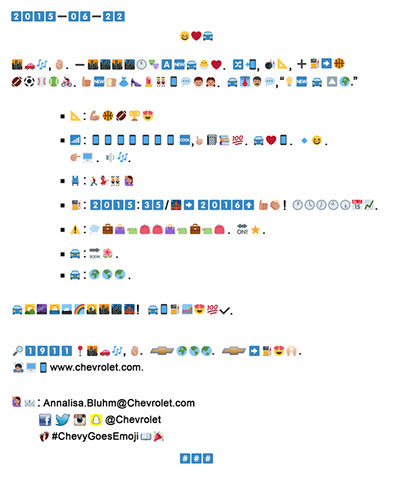