Theatre of the Streets: The Art of Outdoor

Who would have thought that in today’s technology- and mobile-driven world, the oldest form of outdoor information exchange, the poster, has become a medium of the future?

Today, outdoor advertising is more powerful than ever. It is one of the purest forms of communication that can transform business and impact society. As technology propels us further down this supercharged highway, out of home (OOH) will become a creative canvas second to none.

A study by Zenith Optimedia found that the amount of time people are exposed to outdoor advertising has risen to 107.2 minutes a day in 2014 and will continue to increase. And because OOH can’t be delayed, skipped or turned off, it reaches consumers on the Path to Purchase better than any other ad medium.

Naturally, this means that there’s a constant battle for the audience’s attention. Based on a study from Microsoft Corp. a goldfish has an attention span of nine seconds – longer than a human’s, who only has eight seconds.

Sadly, most outdoor advertising is wallpaper you don’t see. Times Square is the biggest offender — it is rooted in the assumption that enormous blinking billboards have a divine right to our attention. Your senses are assaulted; it’s not worth the effort to decode the messages screaming at you. It is not possible to see the wood in the trees in those environments.

What does this mean for us? To deliver a message effectively, we need distillation and reduction. An effective piece of communication demands potent graphic language, pure simplicity and a surprise element, which these days is driven by technology.

So what makes a brilliant, powerful poster? Posters are about distillation. Every great campaign can be distilled to a poster. It is the barometer of the power of the idea.

On our best day, an OOH message must open up inside our minds, not on the space in which it appears. 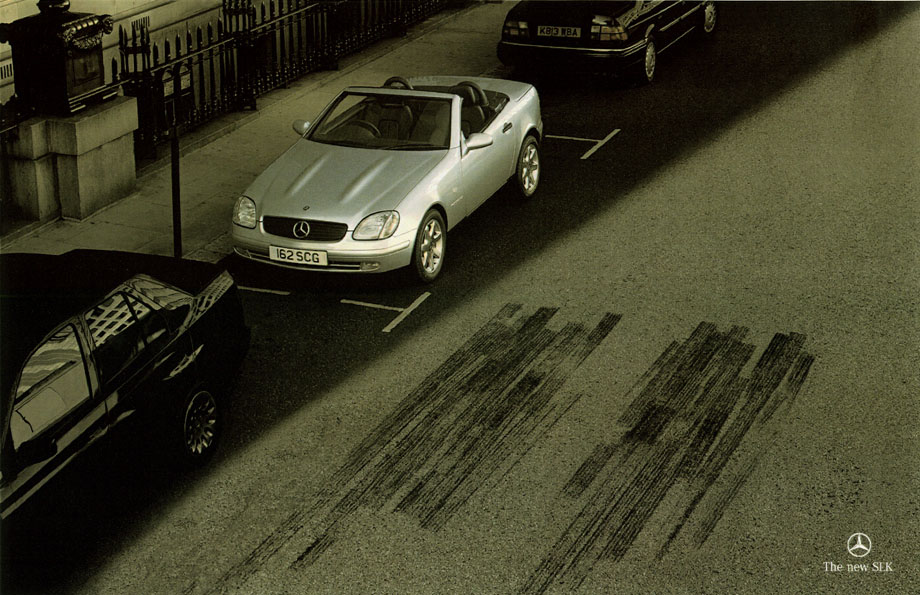 A more recent example is British Airways’ “Magic of Flying,” which demonstrates how technology beautifully brought a 2D poster to life using real-time data and content sources to enable full automation. The billboard features a child reacting to specific British Airways planes as they flew overhead. It was an idea that tapped into a child’s wonder when seeing a plane in the sky, giving audiences on the streets a spectacle to behold.

The location of an ad can often provide context for a story. Apotek Apolosophy’s “Blowing in the Wind” digital billboard on a Swedish subway platform delights consumers when passing trains cause a model’s hair to blow around. It effectively used the fabric of the environment to create content that is surprising and relevant.

By combining technology and simple imagery for a strong emotional message, Ad Council’s “Love Has No Labels” received 40 million views in just two days after a video of the on-site stunt was posted online; it is the second most viewed public service announcement (PSA) in history after just three weeks. The technology encourages intrigue and rewards on-site audiences with a heartwarming display of love that crosses the boundaries of genders, races, religions, disabilities or age.

Encourage mass participation
I’ve always believed that greater participation yields a greater effect. These next two ideas are the best examples of rewarding people’s engagement by celebrating their lives.

In 2013, Coca-Cola had an ambitious idea — to unite people from nations separated by conflict through shared experiences. The brief asked: Where will happiness strike next? The concept was rooted in the idea of creating happiness in people’s lives. “Small World Machines” debuted in India and Pakistan and caught on with worldwide audiences. The idea set a new cultural benchmark for the company and it earned the brand Creative Marketer of the Year honors at Cannes. This is the alchemy of creativity and technology and the power of OOH to unite people eye-to-eye. It showed where the future lies in interactivity and the impact advertising can have on our global society.

A recent outdoor campaign by Apple successfully engaged audiences from around the world. For “World Gallery,” Apple found the best photos submitted by 162 iPhone 6 users globally and transformed them into 10,000 installations in 73 cities in 25 countries. It comes full circle back to a paper poster but fueled by participation that’s genuine, effective and memorable. Through the lens of the people,Apple celebrates their participation in the brand and the quality of the product.

OOH will continue to change the landscape, and we’ll see even more digital innovations that allow for integrated cross-channel campaigns. But as always, the power of the poster to talk to mass audiences in a way that is accessible, memorable and rewarding will require brilliant ideas. It boils down to the power of ideas to transform business and impact society. It’s about how technology plays a part in modern communications to serve a human purpose.

Samsung “Safety Truck” is a future-facing example of outdoor advertising as an infinite canvas. This is the best modern-day idea for OOH and is 2015’s most awarded outdoor campaign in the industry. It pushed the boundaries of what a screen is capable of doing, which in this case is product innovation for a brand, Samsung, with the potential to save human lives.