There are more than a few great biopics out there dedicated to famous musical artists, but what if a musician's song titles themselves could tell those stories?

That's what Brazilian copywriter and One Club Member José Celso Oliveira had in mind when creating 'Life Tracks,' a project that aims to share the stories of various artists' lives through their music. Instead of a chronological journey through their tunes, 'Life Tracks' looks for themes in their work and attributes them to certain points in their lives. The result: a series of posters and Spotify playlists that tell unique stories that give the artists' words new meaning.

We were able to get all of the details from José about 'Life Tracks' — including the songs he thinks would make up his own life story. 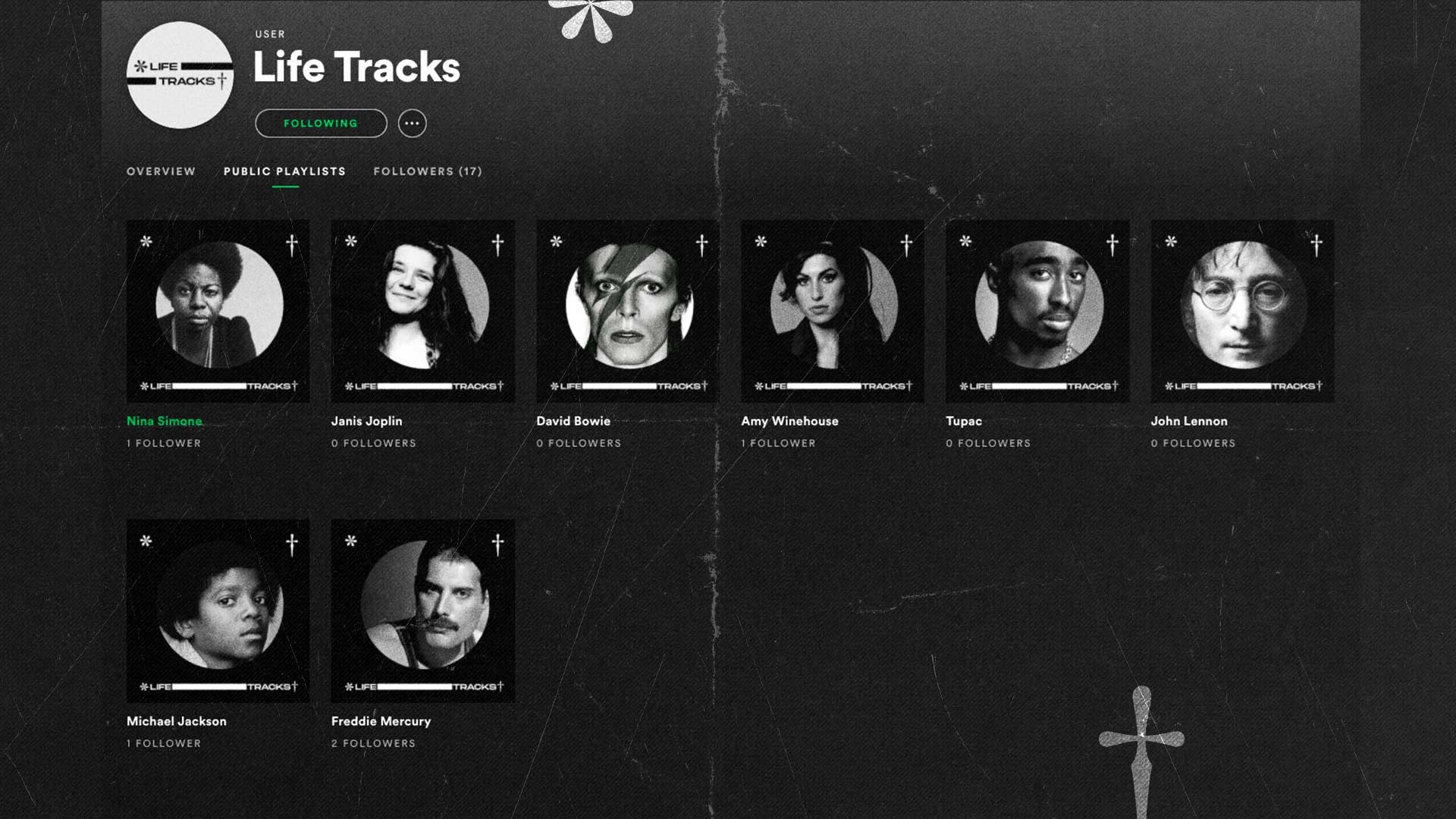 This is a really cool concept! How did the idea come about? 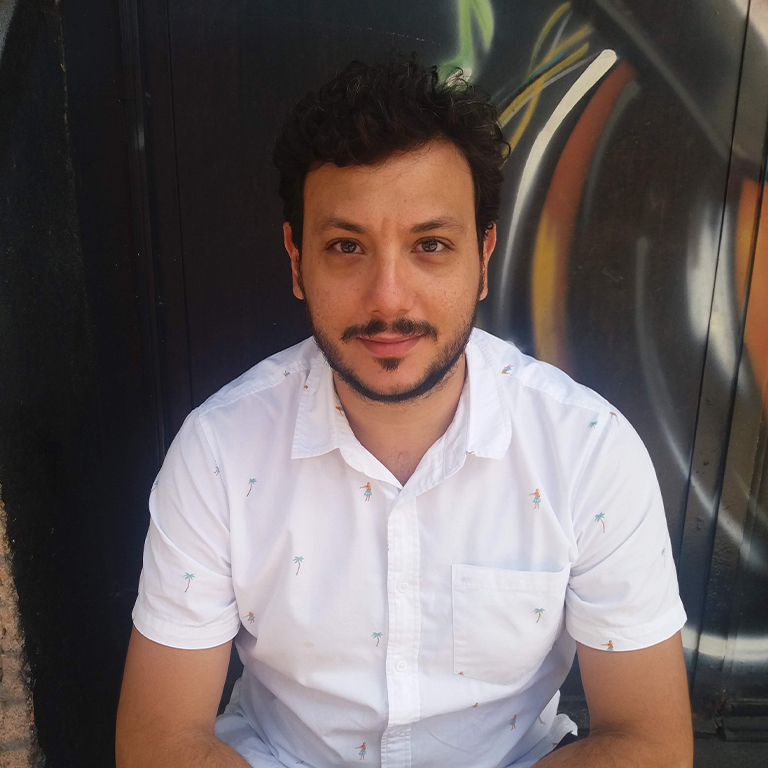 Life Tracks is a project I had the pleasure to make with two art directors that are ex-creative partners of mine: Lucas Queiroz and Victor Emeka. We realized that the name of a song could have a lot to do with the life of an artist, even if the song itself talks about a completely different thing. So we started looking for artists and songs to see if we could tell a whole story in a playlist.

We launched the playlists on July 13, which just happens to be International Rock Day — and although that day refers to rocks in the ground, we thought it would be appropriate for the musical variety!

How did decide which artists you'd feature in this project?

First we picked an artist to test to see if the idea would even work. We went with John Lennon, and were very surprised by the result, and so we went ahead making others.

There are eight playlists in total right now: Lennon, Freddie Mercury, Janis Joplin, Nina Simone, Michael Jackson, Tupac Skakur, Amy Winehouse, and David Bowie. All of these artists have had an influence on popular music, even though they come from different genres. They have rich and well-known biographies, which makes it easier for the audience to recognize their more notorious moments. To date, all but Winehouse has been inducted into the Rock n’ Roll Hall of Fame.

You'll also note that all of the artists we've selected have passed away. In the beginning this wasn't our intention, and had initially considered using Madonna. But then we thought that it would make more sense conceptually to only use ones that have died, to tell their stories from the beginning to the end.

These artists all have sizable catalogs. How did you pick what songs to use?

We reviewed each artist’s lives and researched their discography. Then we selected songs with names that could relate to the main events of their lives and we pared down the playlists to 18 songs apiece. It is a good number to make a consistent story, to read on the posters, and to spend time listening to the songs.

Some of the songs are explicitly connected to some memories and period of their lives, but others are great coincidences and work as indirect relations. We felt free to arrange them in a way that would sew the whole thing together.

Which playlist is your personal favorite?

I love all of the artists featured in this project, especially Mercury, Simone, and Tupac. But I truly recommend all of the playlists. First, because they are all geniuses and second because the playlists aren't a "best of" list of their most famous songs. These odd track combinations may give you a fresh perspective on their music.

"Some of the songs are explicitly connected to some memories and period of their lives, but others are great coincidences and work as indirect relations."

If you were to make up a playlist for your own life, what three songs by any artist would represent your birth, your youth, and right now?

If I was choosing songs from my favorite artists they would be from The Strokes, Caetano Veloso, and Brazilian rapper Emicida. Following these rules, however, this three-song playlist would be something like “Happy Birthday” by Stevie Wonder, as I was born on the same date as my mum; “With a Little Help From My Friends” by The Beatles, because friends are important during all your life, but they have an essential role during our youth; and Emicida's “Pequenas Alegrias da Vida Adulta” (Little Joys of Adult Life), a song that tells about the small but important things in life — a great guide for the moment we are living in Brazil.

Music makes people feel all the things; what are you hoping that people take away from Life Tracks?

We are familiar with the work of these artists and everybody knows a little bit about their lives. But when you dive a little deeper into their stories, you see the real people behind their artistry. Their dramas, their victories, their traumas, and their highs and lows. You can see how hard their lives might have been even behind a wall of money and fame. I think these playlists are opportunities to go through their stories and better understand their art and their lives.

Are you working on any other creative projects at the moment?

At first, we thought that 'Life Tracks' would be a closed project, but we had so much fun doing it, and feel that the project has good potential. We haven’t thought about how to expand it, but there could be a next step.

Beyond that, I am slowly writing a profile about the great Brazilian cartoonist André Dahmer from an interview I had with him. Also, Lucas and I are producing a project using games. And Victor, who is a great heavy metal singer, well, I am sure he is working on some high-note new songs. 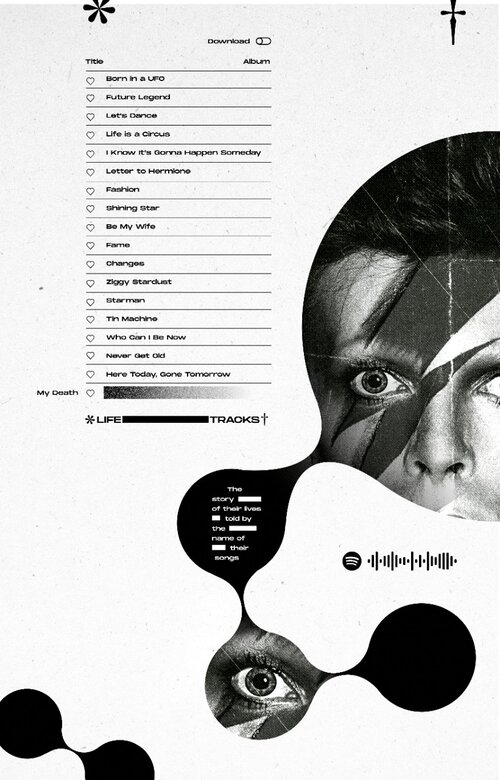 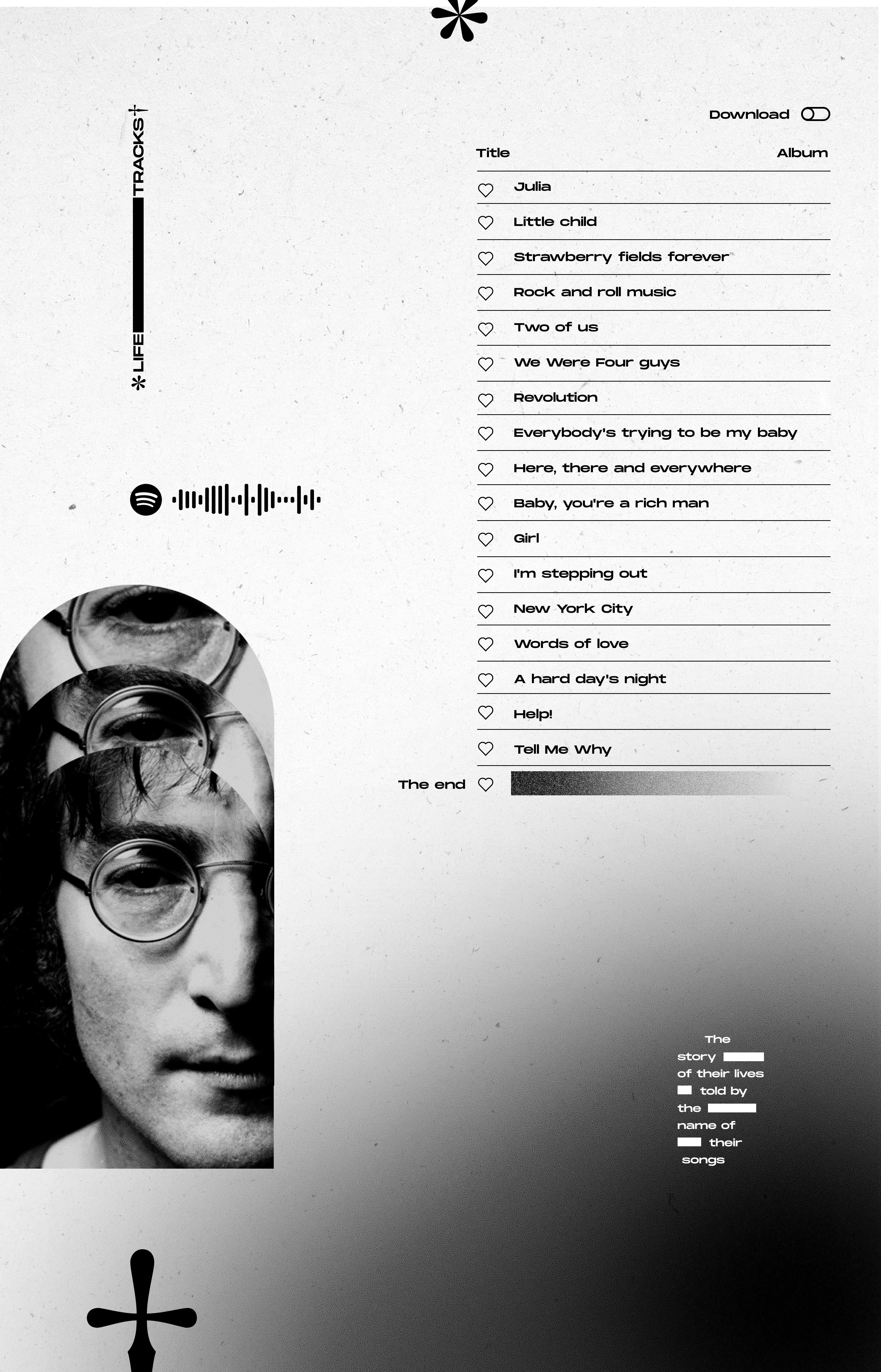 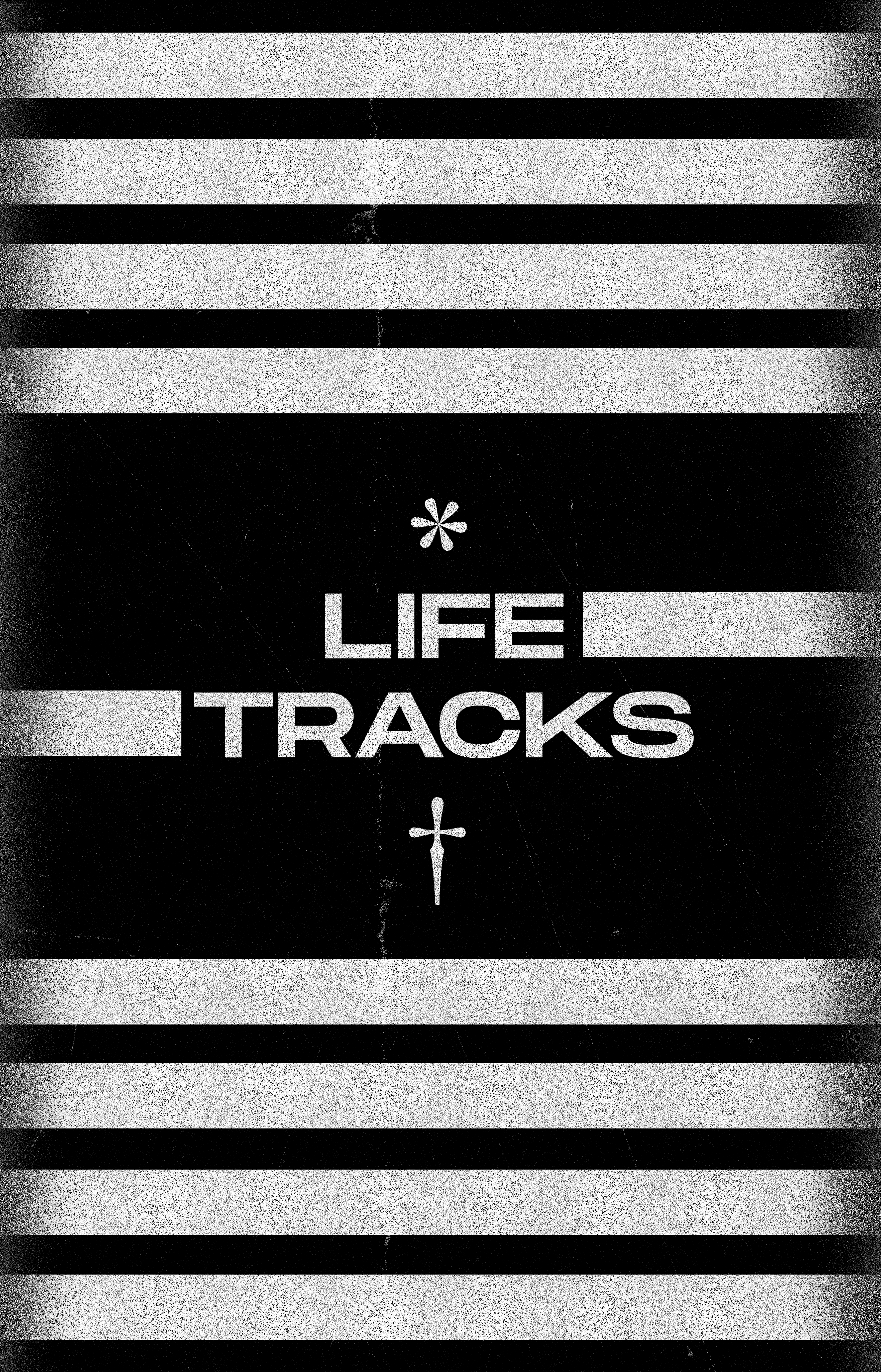 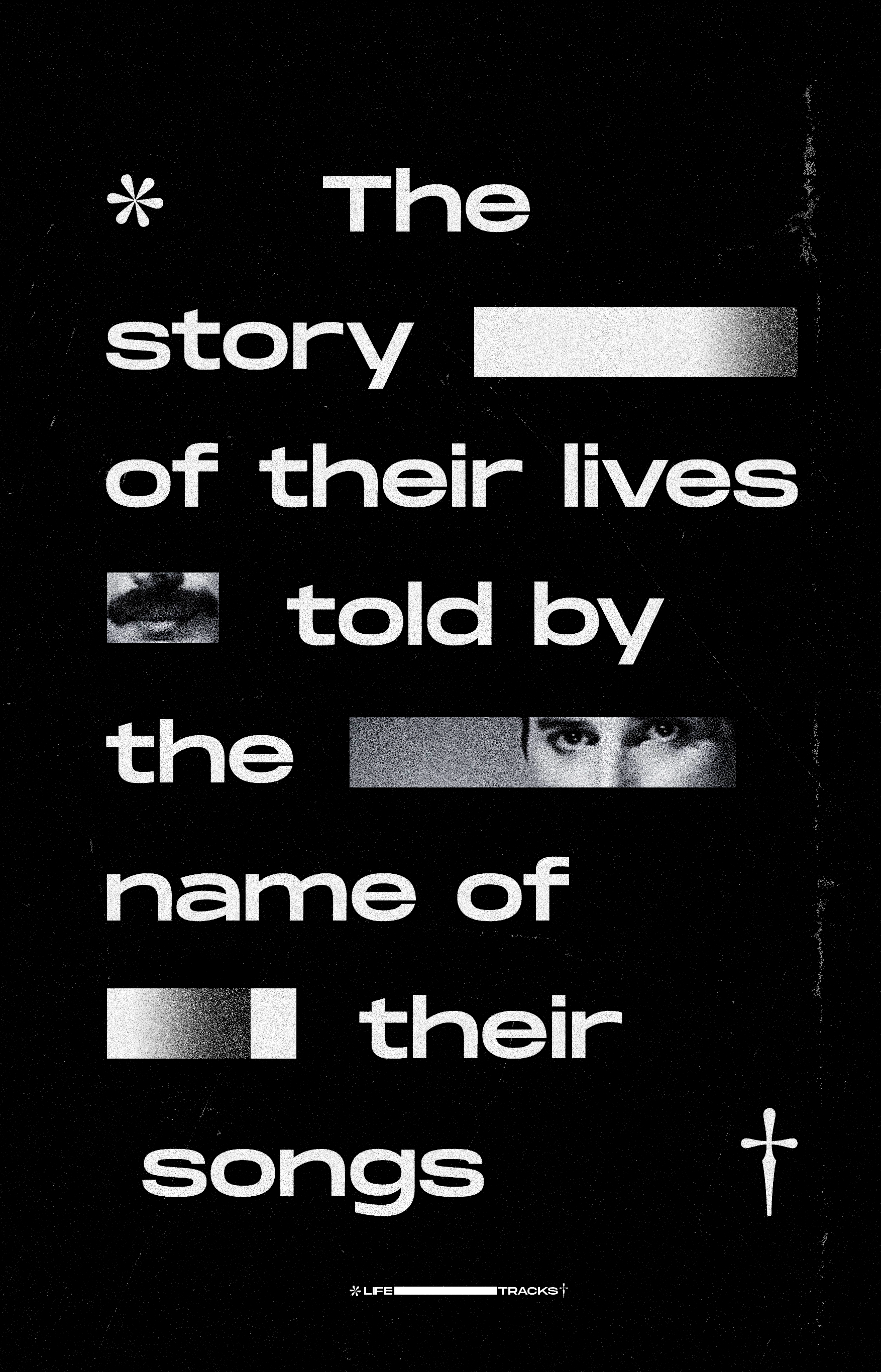 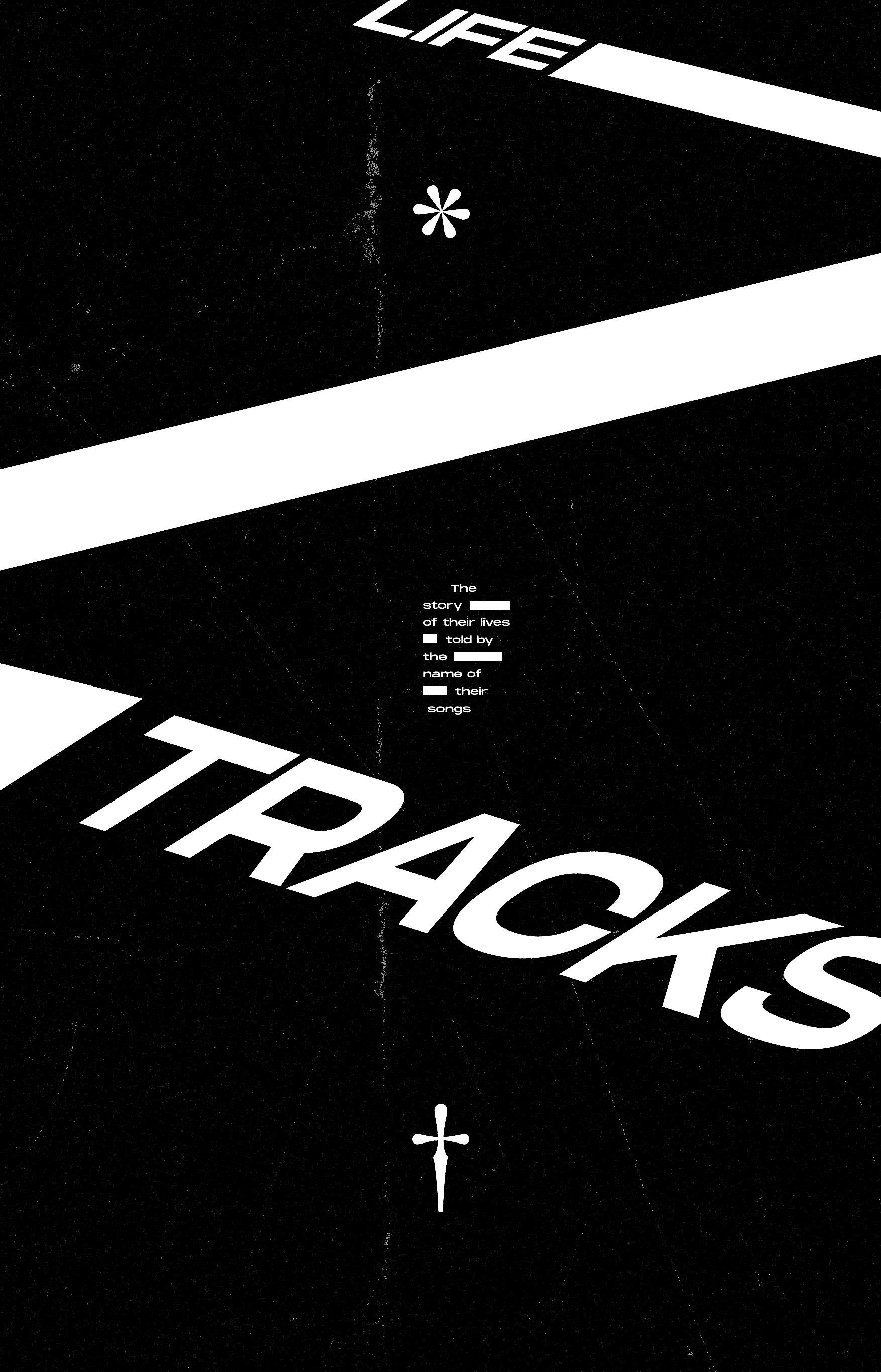 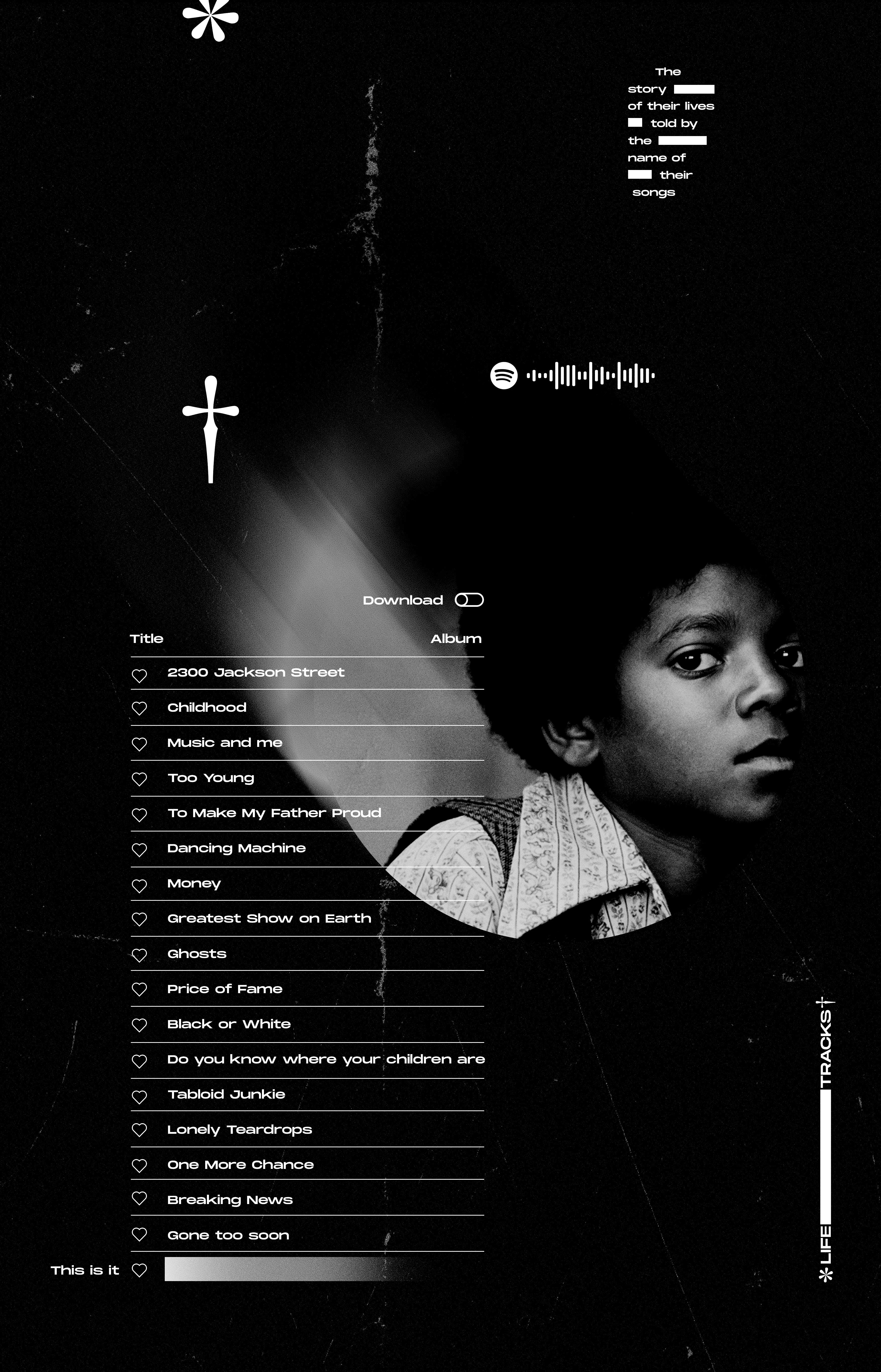 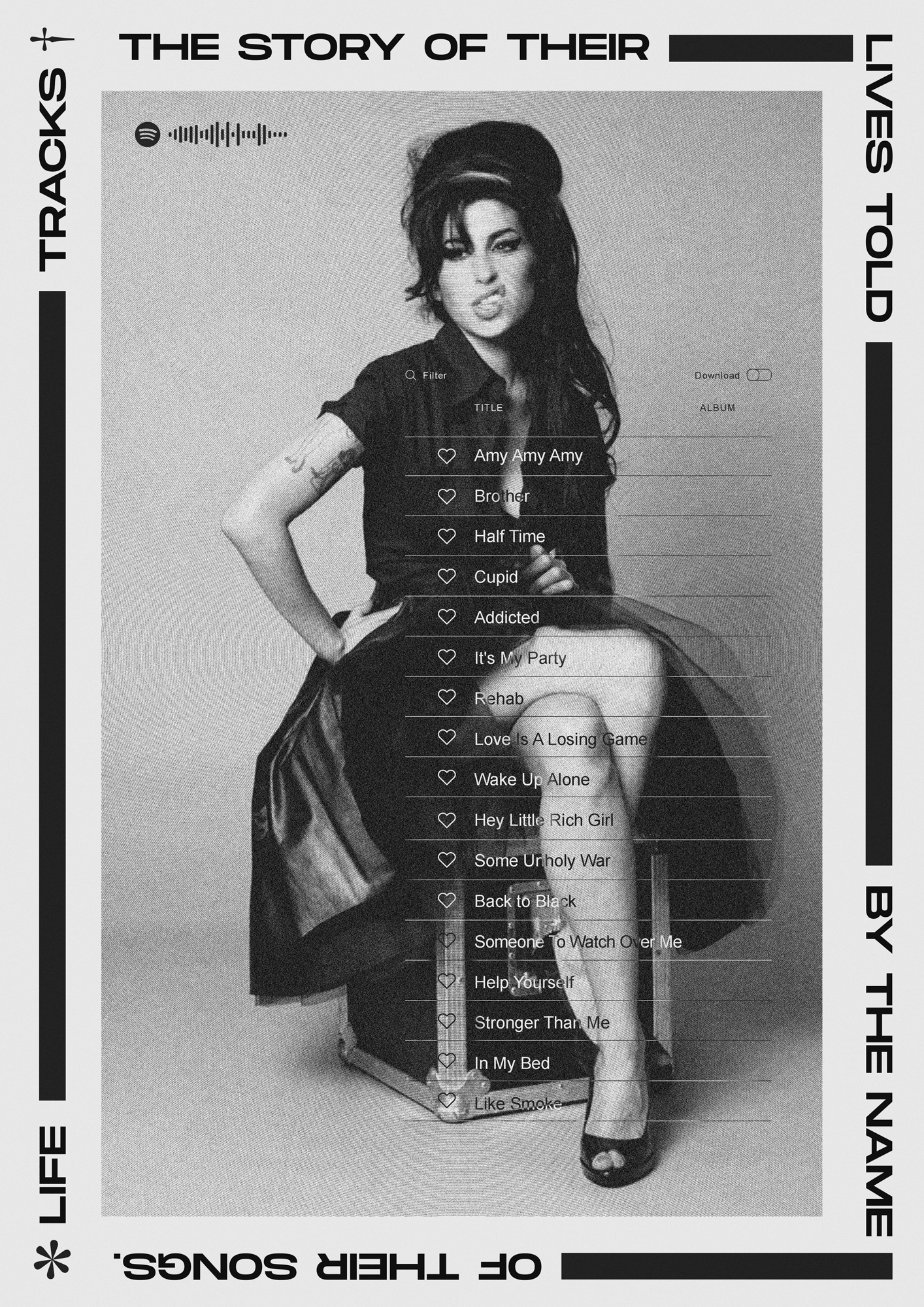 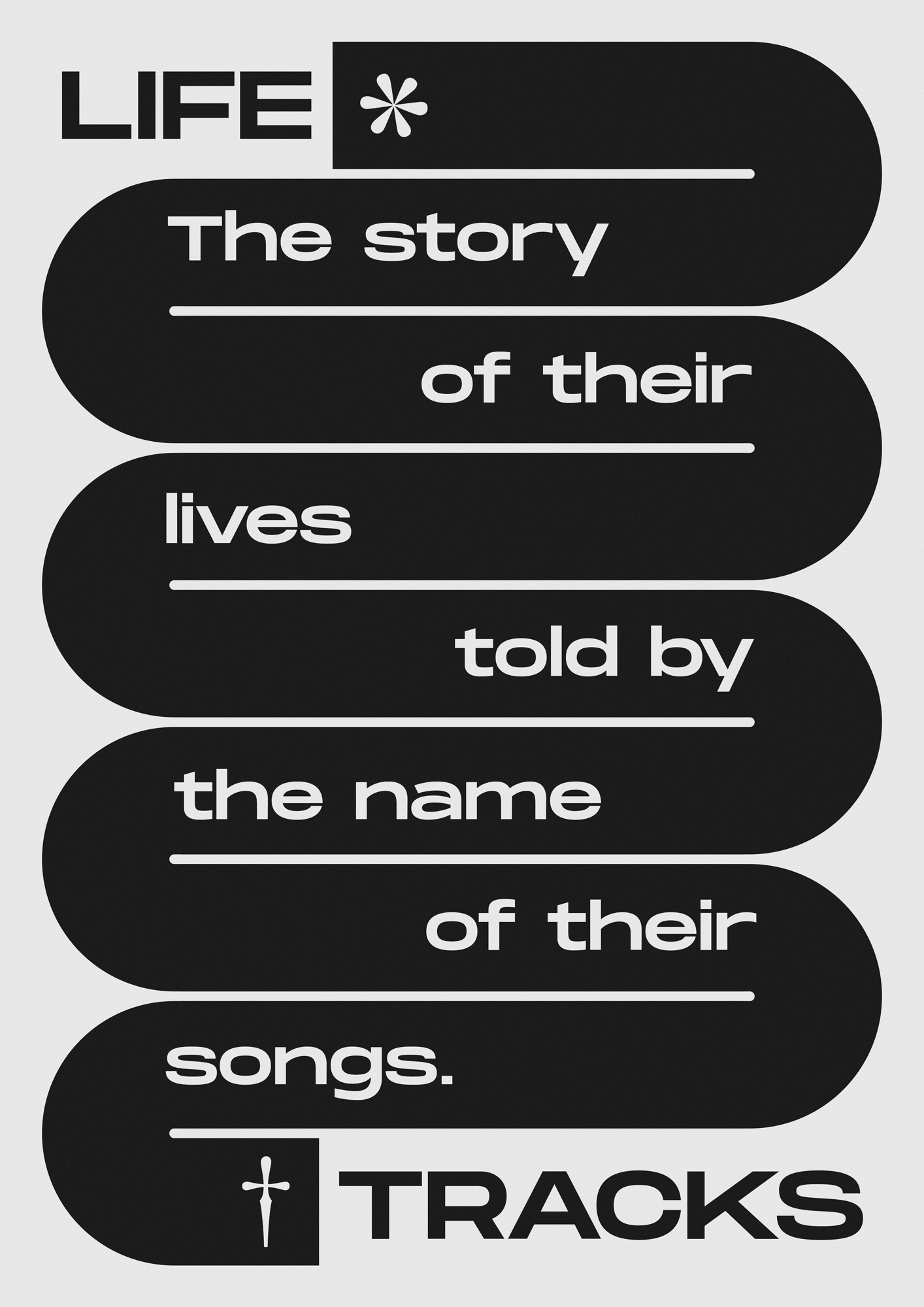 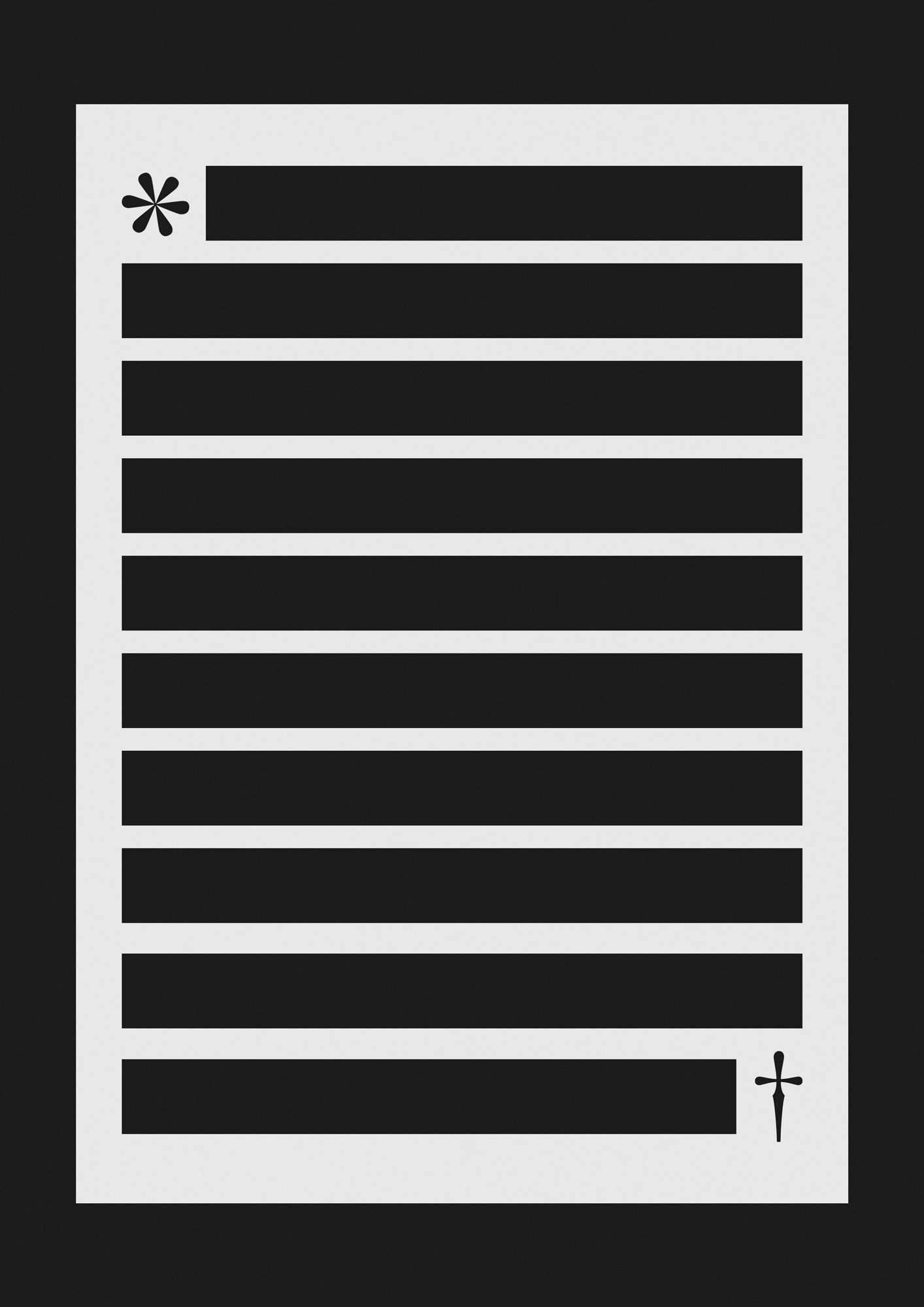 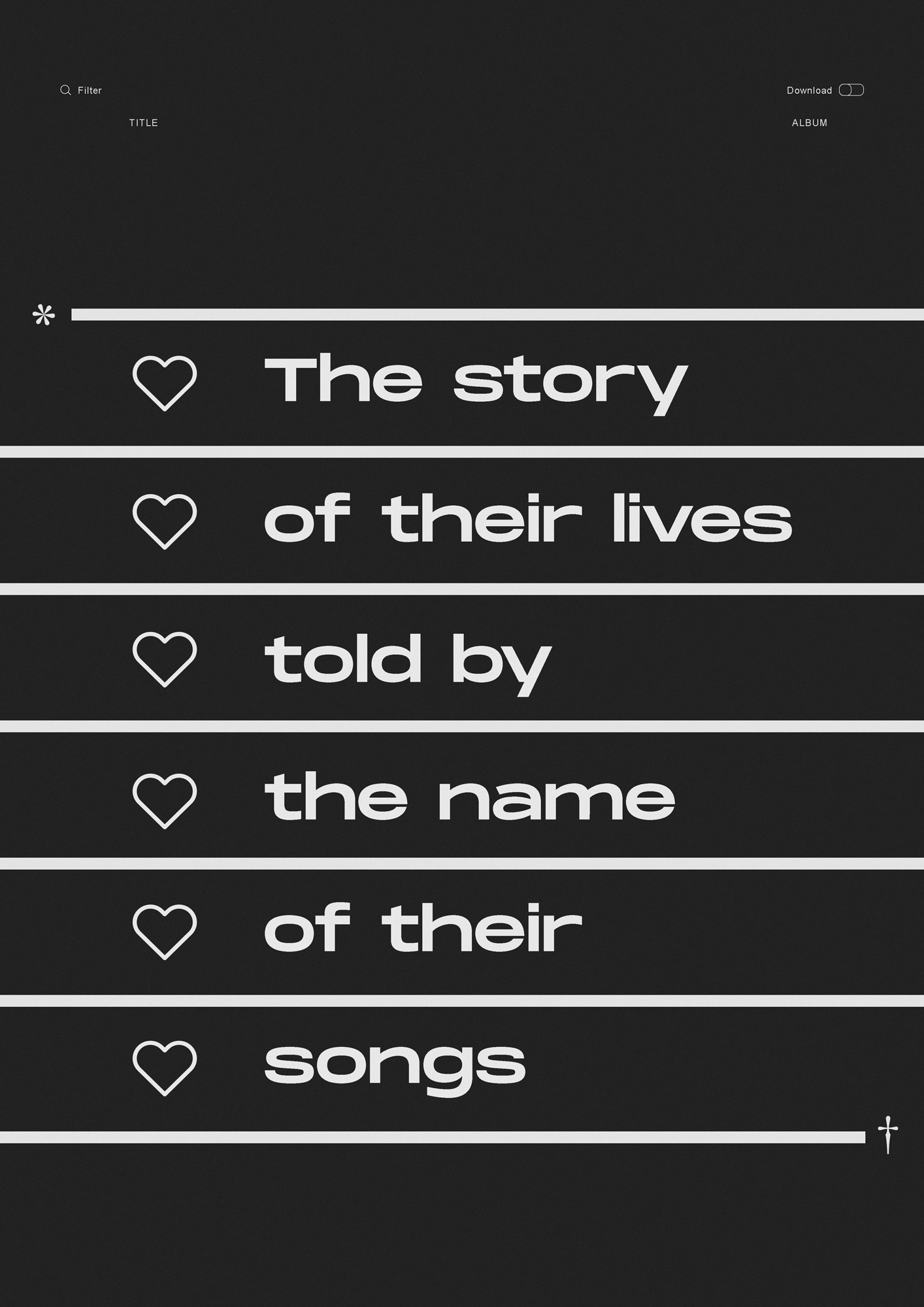 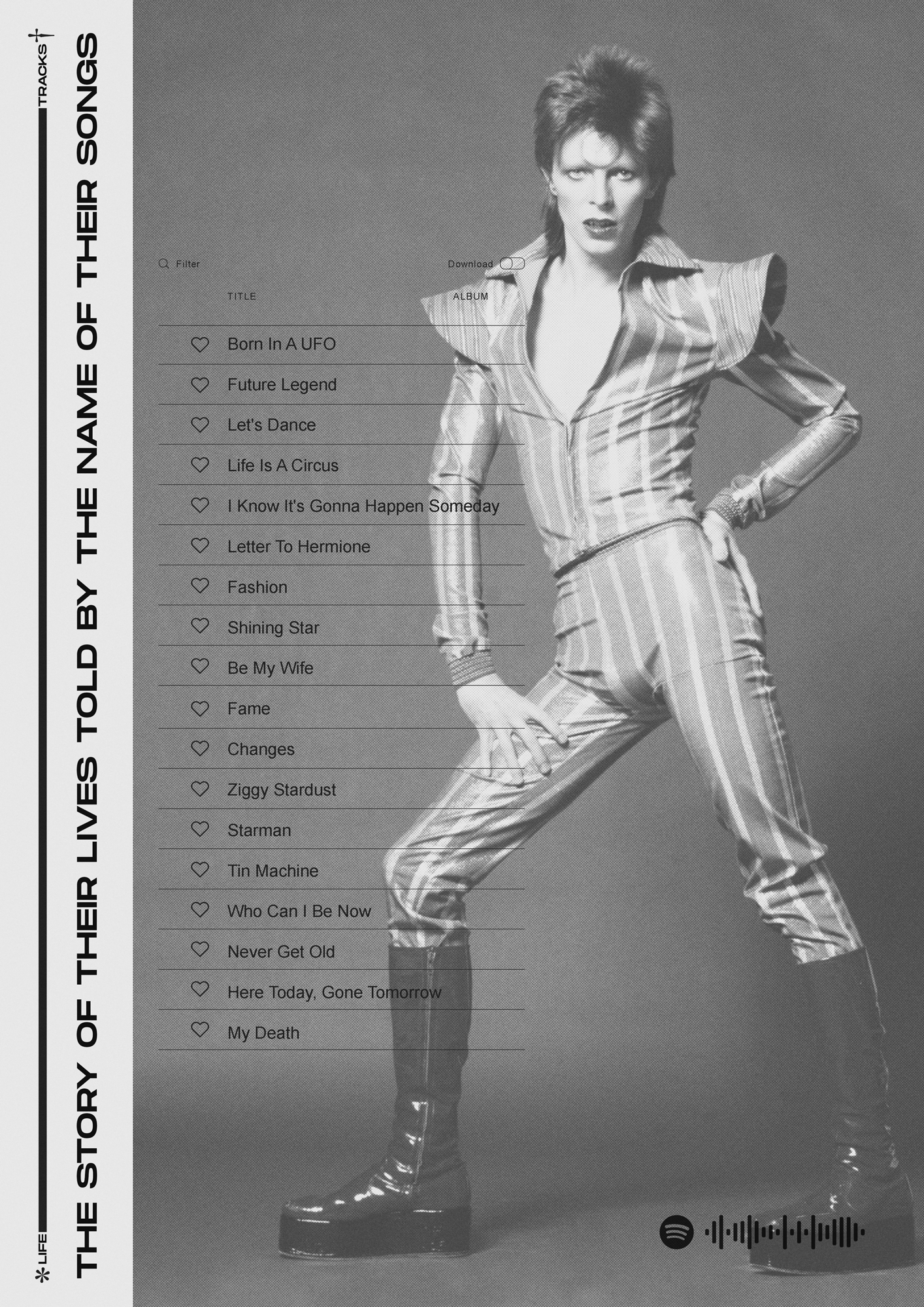 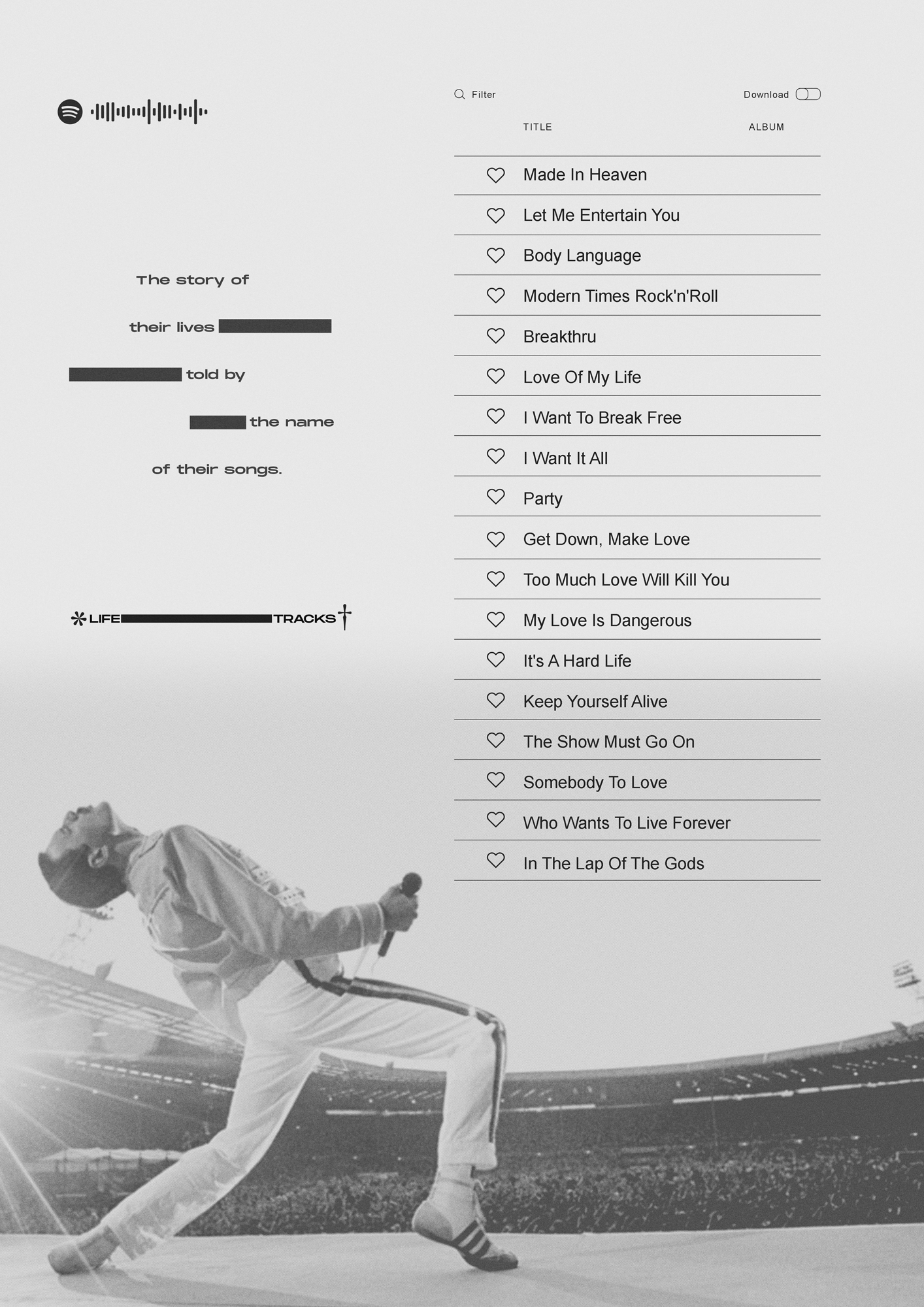 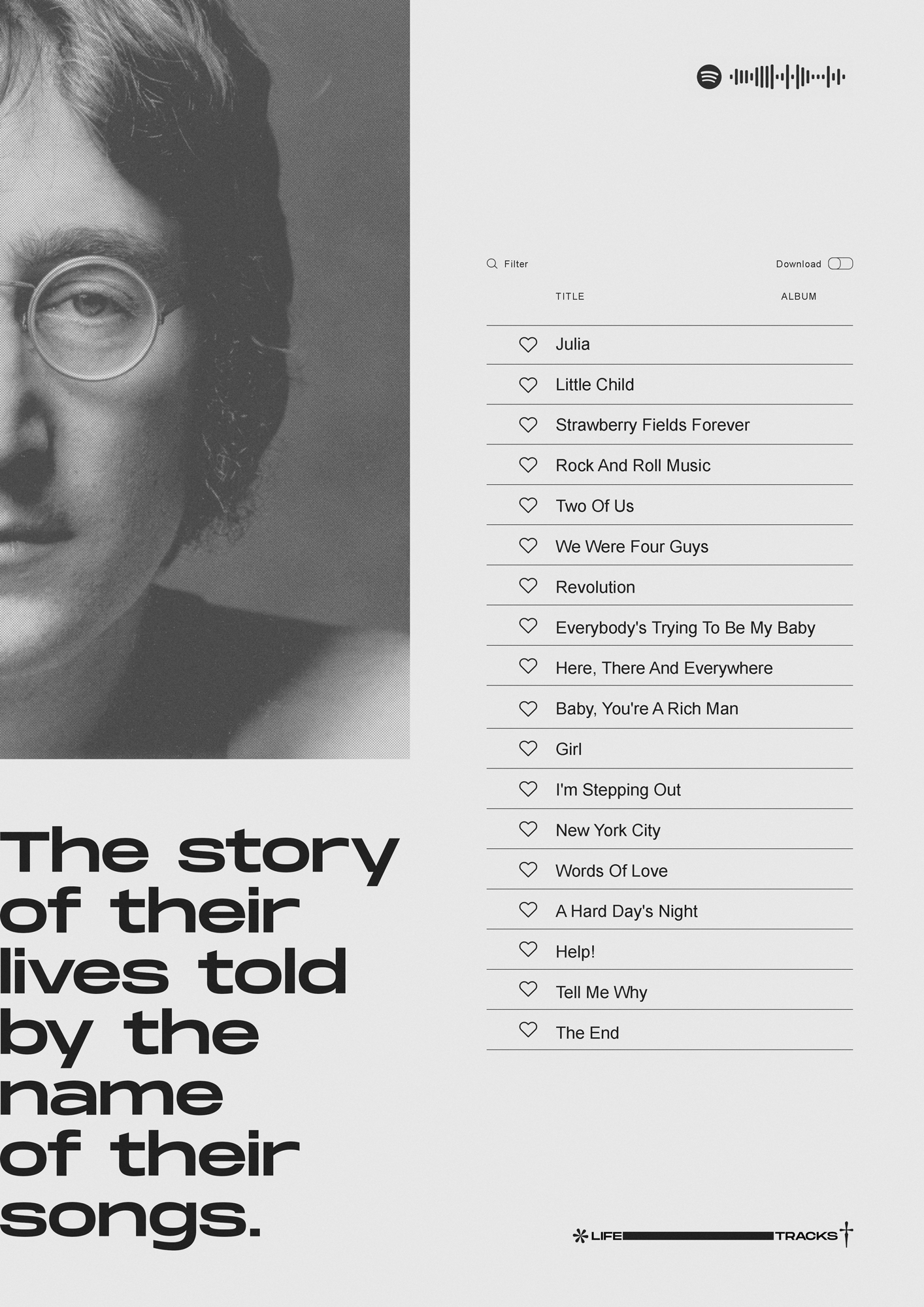 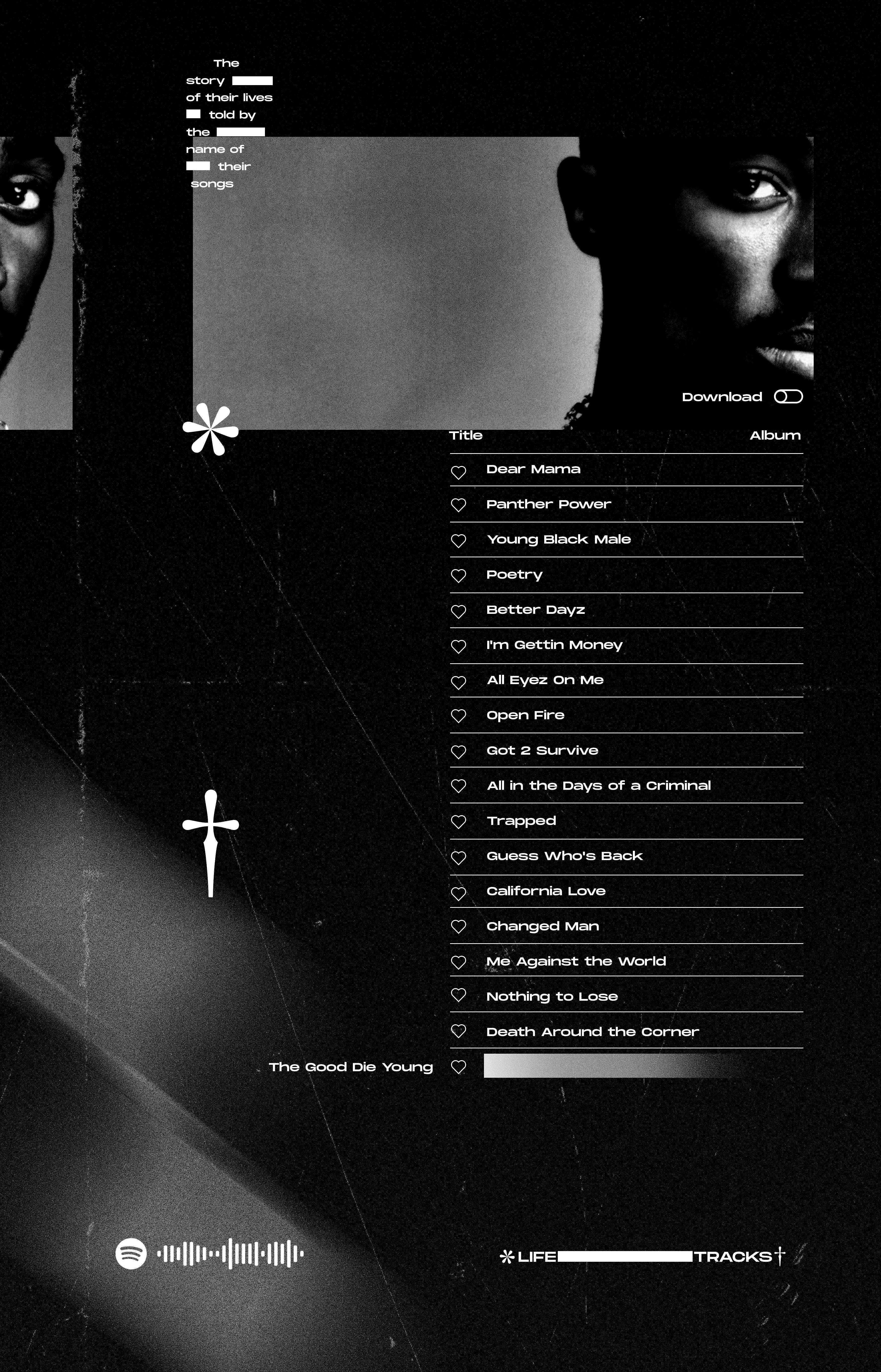