Alaska native and former Anomaly global creative director Sheena Brady sat down with us to talk about career, mentors, her homeland and how they all seamlessly created her worldview. Sheena recently left the agency world to freelance and take in life.

Can you talk a little about your career path? How you got to your current position.

I had a very limited view of what creativity was growing up.  I couldn't draw or paint and had no desire or ability to write poetry, so I just assumed I wasn't the creative type.  In college, a friend came back from class and his homework was coming up with a clever headline for ice cream. Mine was writing a 10-page paper. I signed up for his class the next term. I wasn't completely awful at it, so that fueled my interest in pursuing advertising further. Plus, the degree didn't require that I take classes like accounting or statistics.

I got an internship at a small agency in San Diego after college during the dot com boom, they hired me on after a month.  I don't think they saw much talent in me, I think they just enjoyed the cheap labor. After that I moved to VitroRobertson. John Robertson wrote all those great Taylor Guitar ads from the 90's. He was a very honest, no gimmicks writer. I would see stuff he wrote and wonder why I didn't think of that. It wasn't overly clever, it was insightful.

Then I quit advertising for a year and a half and moved back home to Alaska. I came to visit friends in Portland for a week and ended up not leaving for 7.5 years.

Somehow I got a job at W+K. It was probably a clerical error. I helped win a new business pitch for a little brand called Coca-Cola, so they continued to let me work there (for 7 years). Had they not given me a job, we probably wouldn't be doing this interview.

I was curious to give East Coast living a try, so here I am.  For now.

What kind of work is most fulfilling for you?

I've always loved new business pitches. Clients need your help. They want change.  And if they're not going to change, you find out pretty quickly.  I'd rather have a bad date then be in a bad marriage.

Who are your mentors? How important is a mentor in the career of a creative?

If you think advertising is dominated by men, try the construction industry.  Being in creative departments where it's 90% men has never intimidated me because that's all I've ever known. I would say that's been very, very helpful.

Dan Wieden has always been very supportive of me. You'll have to ask him why. Maybe it's because he has daughters of his own. I'm not complaining.

What advice do you have for young people, especially women, straight out of college who are hoping to break into advertising?

If you don't look at the agency's work and go "I wish I did that" you shouldn't be there. Or you should leave quickly. Think about it less as quitting your job and more like transferring to a different college. It's important to be around people who are smarter and  more creative than you.

Also, If your bosses likes everything you do, they are lying or have bad taste. It might help your ego, it won't help your career.

What's something about Alaska that most people don't know?

People in Alaska are unlike people anywhere else in the world, as evidenced by a few of our local "sayings":

On leadership: If you're not the lead dog, the view never changes.

On dating in Alaska (for women): Where the odds are good but the goods are odd.

On dating in Alaska (for men): You don't lose your girlfriend; you just lose your turn. 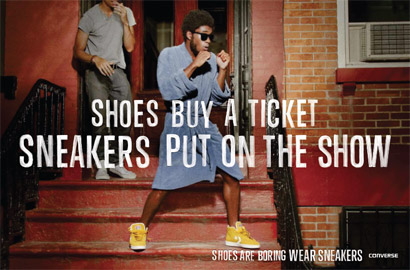 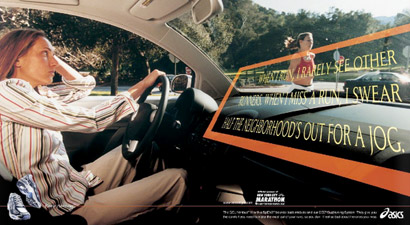 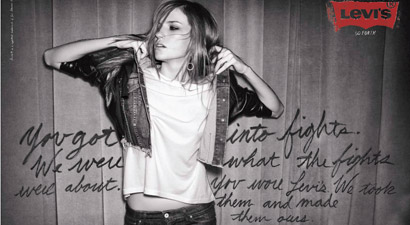 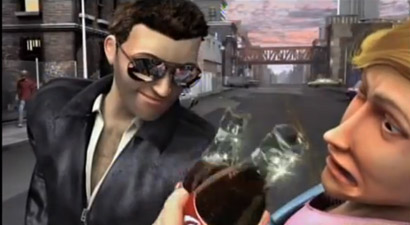 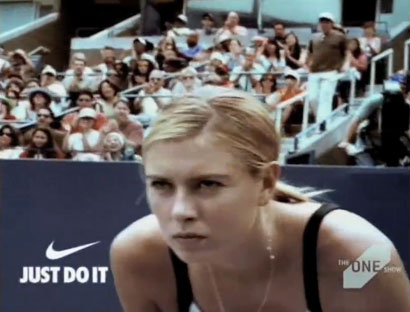 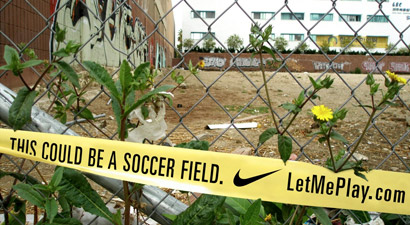 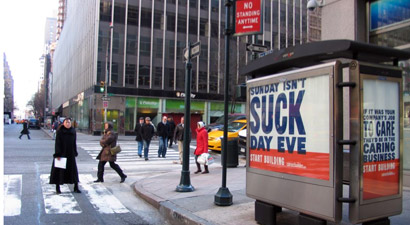