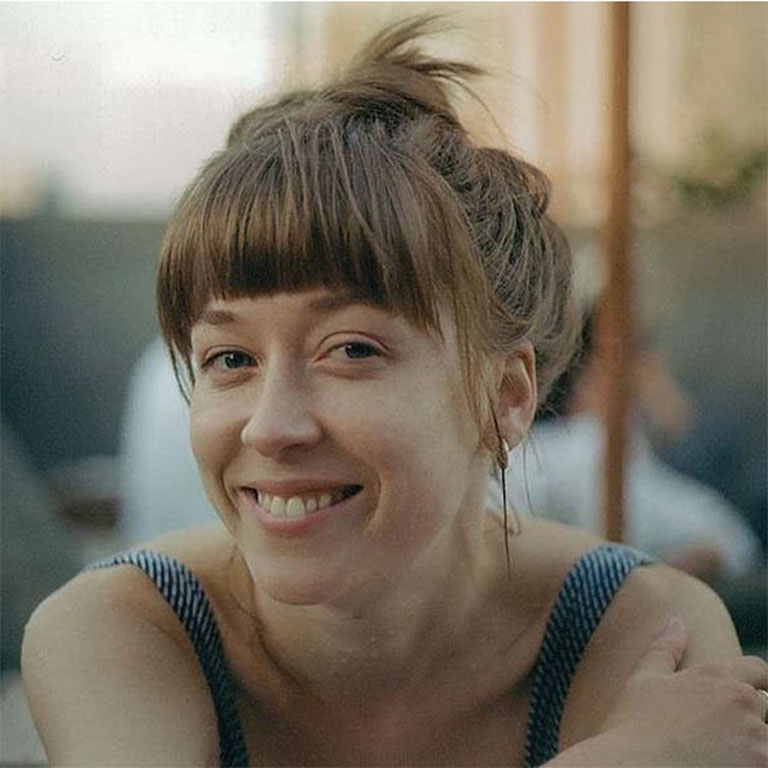 I'm very happy indeed! It's lovely to be awarded based on a body of work rather than one film. It feels less like a fluke and more important somehow! I was made aware of the Young Guns for years though numerous creatives I admire winning it in previous years. It was never my goal, but joining the Young Guns ranks feels especially good, knowing I'm following in the footsteps of people I really respect.

"It was never my goal, but joining the Young Guns ranks feels especially good, knowing I'm following in the footsteps of people I really respect."

As we all exist within a capitalist system where public funding for personal works and stories is dwindling, a big challenge is finding ways of funding work you think is beautiful, meaningful and important. Without generous spirited creative friends and a burning desire to make certain works, I would not be in the position I'm in today, as so much of my best work has been made with little or no money.

Directing is an extremely male dominated role in the film and animation industry. One challenge in my early career was finding the self-assurance to continue believing that I could do so. Then practically to stay focused and calm on live-action shoots when directing crews of almost 100% men as a young woman. Not letting expectation or judgement cloud my belief in my own creative visual.

Becky and Joe (YG14) are two of my absolute fave directors. Their humour, writing, craft and diversity of technique are hugely original and inspiring. The Daniels (YG14) are incredible and have made many of my favourite music videos of all time. Their sense of fun and the way in which they embrace and celebrate pop culture. Moth Collective (YG12) are wonderful too! I often look to them for 2D hand drawn inspiration both in movement, design and use of colour. Nicolas Ménard’s (YG12) film 'Somewhere' plucks my heart strings like nothing else. It beautifully captures the feeling of heartache and really missing someone. His graphical design style and elegant compositions make me want to work harder.

Watching work which makes me feel like my eyeballs have been polished. Work which is totally refreshing, energising and honest! It makes me feel inspired and ignites a little competitive fire in my belly. Great people, stories and injustice in the world can also make me want to communicate something which I think is entertaining or important, in a way which is accessible it all!

I want to write my first narrative animated short film as I have yet to make one! I have made music videos, animated documentaries and commercials but never had to focus in on my storytelling skills. I think it might be quite a challenge and good for me. I also want to make another live-action/animated performance video for an artist I adore, to a track that I love. I would also love to design and direct an entire tour for an artist I respect - from the projected video content to the stage design.

Thank you for the honour Young Guns!!! I'm absolutely chuffed.

Anna and her fellow winners will be honored at the Young Guns 15 Ceremony + Party, taking place on Thursday, November 16 at Highline Stages in Manhattan's Meatpacking District.