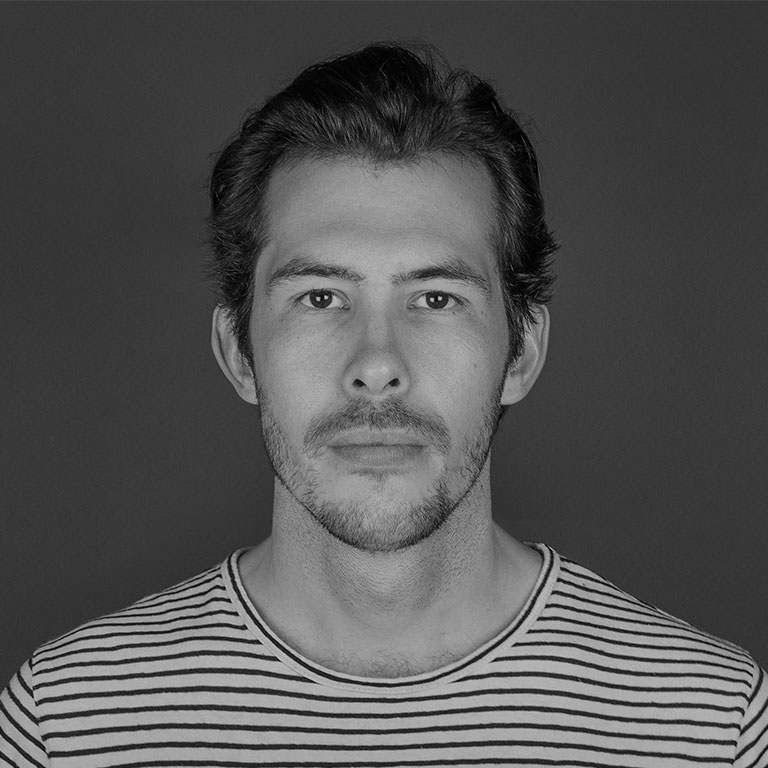 Winning is an absolute honor. I’ve always considered Young Guns to be a particularly prestigious award; the standards are high, and there are only a handful of winners each year. I think the fact that this award is based on a body of work rather than a single project means the most to me — this idea that I was chosen based on a range of works as opposed to just a piece.

I have entered once before a few years ago when I moved to NY from Australia. My portfolio back then was quite different to the one I entered with this year, the work was smaller and its impact was relatively modest. Since that time my understanding of the role graphic design can play in the world has evolved. There is often this notion in the design community that scale and impact means sacrificing quality and craft. I refuse to accept that, and I think the work coming out of that ethos is what gave me an edge this time.

"There is often this notion in the design community that scale and impact means sacrificing quality and craft. I refuse to accept that, and I think the work coming out of that ethos is what gave me an edge this time."

Many, many challenges. Too many to list here! The way I try to overcome such challenges is pretty straight forward though. First, I think being a successful graphic designer requires a particular kind of masochistic optimism. Contrary to popular belief, I don't think passion is the primary motivation for good design — though it does play a big role. I think dissatisfaction is more of a driver for me. It's the feeling that things can and should be better (that's the optimism) and the willpower to continue working on them when you have no idea how to get them there (that's the masochism).

To put it another way, in the end the quality of your own work is usually a personally imposed standard, rather than a client prescribed one. That means a mix of hard work, personal sacrifice, and pure stubbornness usually wins the day. I would add to that a little luck, and an understanding and trust in your own instinct also go along way.

Curating myself was a real challenge. In my eyes, part of being a successful graphic designer is walking the line between flexibility and consistency. I wanted to show a breadth of discipline, skill, and scale of work, while still having a clear point of view. It was a painful process deciding which projects best represented those ideals.

I can, but I won't. I admire and respect everyone for all different reasons. I don't want to play favorites! What I will say is it’s inspiring to see what past Young Guns have gone on to achieve — it sets the next benchmark for me.

Perpetual curiosity, a persistent feeling of dissatisfaction (see question 2). Probably some level of ADHD. If I wanted to sound wise, I would say something like: everything can be better, perfection doesn't exist. Both an inspiring and terrifying thought.

Quit design. I did it. I'm out. I'm going to pursue my passion for lazy Sundays and takeout food.

Just kidding. Not really sure, but I have a few ideas. Roughly speaking, do more work, better.