Young Guns 15, arguably the most prestigious portfolio-based competition for creatives under 30, is going out with a bang! This year's winners were unveiled earlier this month, and it's safe to say that this is one of the most eclectically talented classes in Young Guns history.

This Thursday is the traditional Young Guns ceremony and party, (you've scored your tickets, right?) and nearly all of this year's winners will be travelling from across the globe, across the country, or across the Williamsburg Bridge to attend. Ahead of the festivities, the One Club for Creativity is highlighting many of the winners you'll be able to meet. 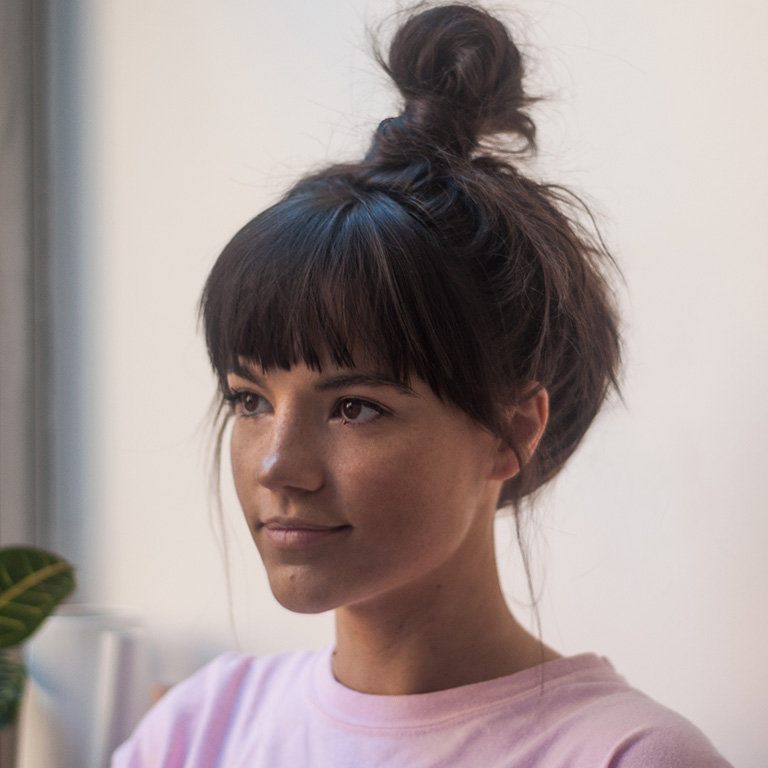 I first heard about Young Guns when I was at RoAndCo. A couple of the studio's alumni, including Roanne Adams (YG9) had won previously, and I remember recognizing a lot of my favorite designers in the winners and realizing the weight of the title. I entered last year, but had only just gone freelance, which was when I really started making the work I wanted to be doing. Going independent gives you a lot more wiggle room creatively, which I think made the difference between this year’s entry and last. To win is a total honor!

"...I remember recognizing a lot of my favorite designers in the winners and realizing the weight of the title."

I’m lucky that I’ve always loved working in design, and I think that’s given me patience when it comes to challenges. Those first few years starting out are hard, you’ve got so much to learn, you might not get too much of the fun stuff, and you know your work isn’t ground-breaking. I think what helped for me was a bit of optimism, and looking for opportunity in everything. I’ve learnt to move pretty quickly in my work and decision-making, and to trust my gut. I’ve also learnt to approach projects pretty loosely, and try not to get too attached to the details until the big picture has really been sorted out.

A couple of projects I took on this year allowed me to work in a sort of 'full-service' way — designing every touchpoint, from branding and illustration, to art direction and full e-comm sites — so those were obvious choices since they showed so much diversity. From there I had to chose what I thought my strongest projects were... which was tougher. It’s always hard to judge your own work! In the end I just tried to include a good range.

I think Dark Igloo (YG10) are super talented. Their work has an amazing balance of nostalgia and humor, but also feels super fresh and unlike anything else out there. I also really love PlayLab Inc. (YG11); their work always has a lot of thinking and their efforts to get a floating pool in a New York City river... so cool! Mirka Laura Severa’s (YG13) work always feels really fresh, she’s definitely one I look up to as well.

Accepting projects and clients that let me push the envelope a bit has become really important. I think that in itself drives me a lot, being able to create something new that doesn’t feel like we’ve experienced it before. I’ve also really enjoyed projects that let me mix mediums, and craft an identity more holistically.. being able to design a logo, then make it move on a website, with assets that you’ve art directed, and illustrations that you’ve built.. seeing all of that come together, that is really cool. A lot of work, but super satisfying! Traveling also helps a lot. I went to Japan last Christmas and came back so excited to make stuff. That country is heaven on earth for designers.

I think I’d like to just keep doing what I’m doing, taking on client work independently, but also find a bit more time to just experiment with new work that isn’t necessarily tied to a client brief. I also have a little business idea that I might try to get going if I can find the time. I just moved to Bed-Stuy and I have a studio space in my apartment now, so I’m excited to explore the neighborhood more and work from home a little more as well. It’s been a really busy year so I’m looking forward to heading back home to Australia over Christmas to hang out with family, and not thinking about timelines or budgets for a few weeks!

Noemie and her fellow winners will be honored at the Young Guns 15 Ceremony + Party, taking place on Thursday, November 16 at Highline Stages in Manhattan's Meatpacking District.