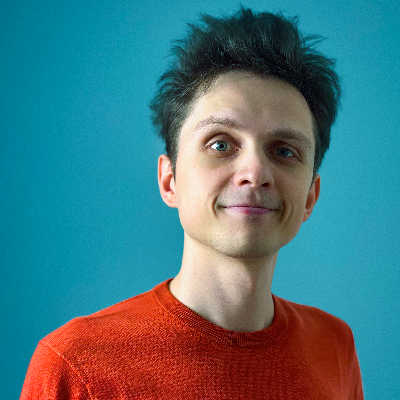 I noticed that many of the people who were the source of my inspiration and education during my student years have won the award. That sums up my impressions.

What made you enter this year?

This was my second attempt at the Young Guns title. I think this time my portfolio is focused on what I do more clearly, yet I wanted to show some variety — type and branding, personal and commercial, independent and part of a team, etc.

I did include some new projects this time. I think I learned a lot over the past couple of years and at the same time, I started treating my portfolio with a bit more fun and enjoyment rather than being solemn about it.

This was not that hard actually! I always try to be honest with myself about my work and I have an idea of what is more original, better produced, and overall more impressive to others than what is not. I still might be wrong though!

Ooh, it was really hard to believe! At first, I thought it had something to do with the shortlist (which I was already happy about), and not about actually winning it.

I’d say drawing a new typeface everyday for the #36daysoftype challenge is the one. It was difficult but rewarding on many levels to wake up every day for over a month, overcome the wish to quit, and try to think of a new idea.

As a type designer I try to be different with every work, so I probably don’t really have a style. Though there are things that I never do and maybe that can be taken as some sort of a style.

Too many to name! I learned a ton about design from watching conferences and interviews, and listening to people share insights on their projects and processes.

Of course, there are several people from Pentagram, Sagmeister & Walsh, Two Much Studio, Alex Trochut, and Russian Khasanov, among many others. The uniqueness and quality of their work is something I love.

I always try to push my limits and do more and more adventurous things. I have some exciting big projects in progress, but it is too early to share them. Also, exploring and learning stuff beyond my field of expertise is pretty high on my list.

Over the past years, I actually started avoiding dreams and making plans instead. If I want something, but don’t see a way to get there, I prefer to forget about it. If there’s a way — that’s probably among my current projects!