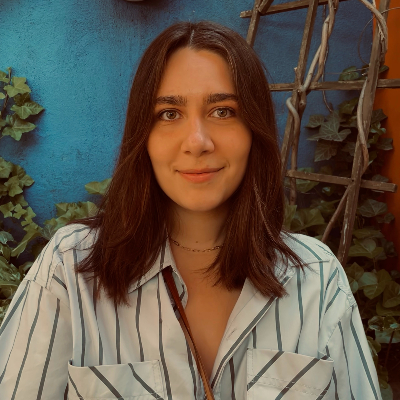 I learned about Young Guns working at The New York Times Magazine when my colleague Ben Grandgenett won (YG15). I thought it was super cool that it was a competition that celebrated young talent, and generated potential opportunities to people from all over.

Congrats on the first time win! What made you enter this year?

I’m incredibly grateful to have been selected. I got close to submitting my portfolio last year, but ultimately decided that I wasn’t ready and that I needed a few stronger projects that complemented and helped package what I already had. Half of my submissions I worked on this past year, so I’m glad I waited.

I entered because I was more confident in the work I had made so far and in myself as a designer. Also, I now have a bit more work under my belt, which allowed me to be more selective. Knowing there was always next year helped too. Honestly, I had no expectations of winning, I really just wanted to push myself and put myself out there, so I’m really honored and happy.

I’ve had the opportunity to work on so many different stories and special issues during my time at The New York Times Magazine that I had enough projects that differed from one another visually. Each one has it’s own little world, with it’s own personality.

Aside from that, I included a project called Forgotten Lands, which is a publication dedicated to the Caribbean and Caribbean artists. It’s something that I am very proud to be a part of and it’s also different from my work at The New York Times Magazine.

I learned I had won after work, alone in my apartment– I just called my parents and celebrated over the phone! I was super excited.

My favorite project would have to be the 2020 Culture Issue for The New York Times Magazine. It was a really fun issue to work on, with topics and subjects that I was interested in. I felt like I was charged with energy throughout the whole process because I was super inspired. I got to explore a lot with typography, which is always fun. The design direction was also pretty dynamic, so it pushed me to try new things.

I definitely love color, and when type has a personality or tells a story.

Some of my influences are Corita Kent, Rafael Tufiño, Richard Turley, and Paula Scher. And some mentors I’ve had the privilege to work under and with are Gail Bichler, Matt Willey, and Ben Grandgenett. Lastly, Jeff Glendenning was my professor at Syracuse University and he was someone who really guided me and believed in me from the start.

After these couple of years, just happiness in whatever form it comes, and rest!

Name a creative professional dream that you have yet to fulfill — hey, maybe Young Guns can help propel you in that direction!

I’ve always wanted to work on music video titles for artists I admire, big and small. Or an album cover. I’d also like to eventually publish or exhibit a personal photo project. I love photography just as much as design, even though it’s not my career.

Never let criticism or negative feedback make you feel or think you’re not good enough, or not deserving of your job, or where you are in your career. I like to receive criticism with open arms because you can only grow from it. Even if at the moment it doesn’t make sense or feels frustrating, entertain it. I learned this from my mom, who is also a designer and always tells me to “just try it.” Negative feedback doesn’t define you– it’s just a tool. And how you respond to it can shape your career.

"Negative feedback doesn’t define you– it’s just a tool. And how you respond to it can shape your career."