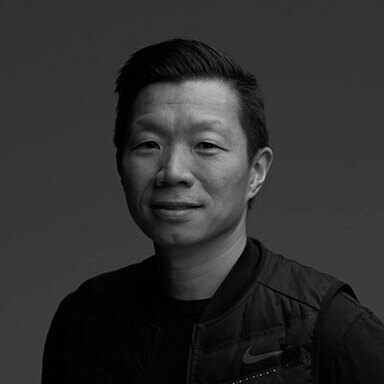 As EVP, Global Chief Design Officer, Richard is a C-suite partner to R/GA’s global client roster. Richard has 20 years of experience in building, guiding, and directing world class digital design teams to envision, pilot, and commercialize innovative digital products, services, and customer experiences. Richard is also a co-Founder and Partner in R/GA Ventures and has worked with and advised 80+ early-to-growth stage startups.

While overseeing and setting the vision for R/GA’s global team of multi-disciplinary designers, Richard ensures that his teams are highly skilled in design thinking, product innovation, service design, commerce, prototyping, and digital marketing. In recent years, Richard has worked with a wide range of companies including Nike, Samsung, Google, Verizon, and Equinox and has received nearly every major industry creative award, including the Cannes Titanium Lion, the D&AD Black Pencil, and the Grand CLIO.

Throughout his career, Richard has been a much sought-after industry leader and has served on a number of creative award show juries such as The One Show, Art Directors Club, the International CLIO Awards, and the London International Awards. Additionally, Richard has spoken at prominent conferences such as Cannes, RISE, SXSWi, and CES and written articles for Harvard Business Review, The Atlantic, Huffington Post, and Advertising Age.

Richard currently serves on the AIGA National Board of Directors and is an executive member of the International Academy of Digital Arts and Sciences. Aside from his professional pursuits, Richard has deep subject matter expertise on sports, sneakers, and hip hop music. To learn more about Richard, follow @flytip on Twitter.