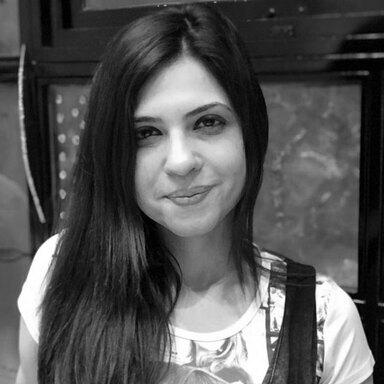 Kainaz is the Chief Creative Officer of Ogilvy Mumbai.

She has led her team to create campaigns like Beauty Tips by Reshma and Savlon Healthy Hands Chalk Sticks.

During her years at Ogilvy she has won CANNES GOLDS, ONE SHOW GOLD, D&AD AWARDS, D&AD IMPACT AWARDS, SPIKES and AMES.

She has led some powerful campaigns for gender sensitivity and brought home a CANNES GLASS LION.

Kainaz believes her work partnership with Harshad Rajadhyaksha is more precious than any award.

She has been invited to teach THE CRAFT OF WRITING at the India branch of THE MIAMI AD SCHOOL.

Kainaz enjoys working hard, she likes being kind and she loves to see her people shine. If you ask her how she would describe her work, she would say, “Brave.”