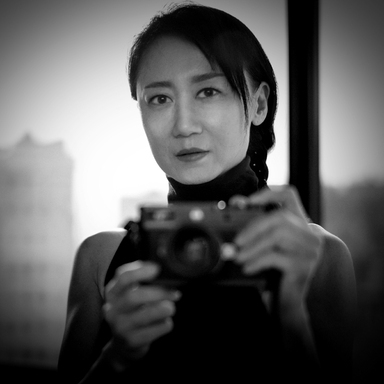 Compelling stories and spellbinding visuals characterize the diverse commercial films of Marie Hyon, a founder and director of Psyop. She has unleashed her vision on content such as MTV HD “Crow,” that unfolds like a lithograph hauntingly coming to life. It features bold interpretation of Beethoven’s Moonlight sonata amplified by the first broadcast of HD. LG “Something’s Lurking,” which earned a Cleo for best director, depicting toys at the mercy of danger that lurk in their carpet. She has also received many international accolades, such as numerous D&AD awards, Cannes Gold Lion-winning campaign, the BDA Lifetime Achievement Award, numerous AICP awards, Webby Awards, ADC Awards, Deutscher Werbefilmpreis, and a Her work was also included in the National Design Triennial of Cooper Hewitt, a part of an installation at the Bilbao Guggenheim Museum, and is part of the permanent collection at the MOMA. And most recently, Marie has directed spots for La Mer, Otto, Facebook and Apple.

Born in Seoul, Korea and moved to Williamsburg, Brooklyn at the age of 9. Navigated her way through ensuing challenges but walked away the wiser. She got hooked on the street culture of New York City – tactile, disruptive, inspirational – attended Parsons School of Design where she finished with a BA. Next came editorial illustrations for the NY Times, Atlantic Monthly etc., and a run as a designer/art director at Nickelodeon/ MTV Networks. In 2000, she was one of five co-founders of Psyop which started in a small bar in alphabet city, in the East Village, and is today an industry-leading integrated production company with offices in LA and NY. Marie lives and works in her favorite city of downtown Manhattan.