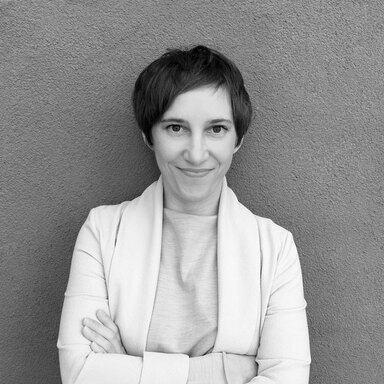 Casilda Sanchez is an artist, as well as creative director and partner at Wildbytes, an experiential innovation agency based in NYC, Madrid, and Barcelona. Her role involves an exacting oversight of the creative and art direction endeavors of the agency, known for creating world’s-first experiences by blending cutting-edge technology with bold creative ideas.

Her work with Wildbytes has been recognized by the creative industries most prestigious awards, including the Webby Award, Clio Awards, several One Show Awards, Hermes, and many others. Their projects have been recognized by media such as Huffington Post, PSFK, Forbes, Bloomberg, TrendHunter, MTV News, Gizmodo, Fubiz, Time Out New York, Time Warner Cable’s NY1, or Businessweek.

She is the driving force behind many of the agency’s most iconic works, such as the massively successful Live-created Fan Film for Rihanna’s Fenty Beauty, which reached 1.7 billion impressions while launching the brand, or the live face projection mapping performance they created for the launch of Kat Von D Beauty and Sephora that opened a brand new field for creative expression by mixing 3D content in real-time with face tracking technologies. Her work, from ideation to creative execution, has been developed for brands such as Tom Ford Beauty, New Balance, Hendricks Gin, Fox International Channels, or Google, among others.

As an artist, her personal work has been exhibited in leading galleries and museums in the US, Asia, South America, and Europe, including Kunstmuseum Bonn, National Museum of Fine Arts in Taiwan, Aspect Ratio Gallery in Chicago or La Panera Art Center in Spain, among others. Reviews from her work have appeared in numerous publications including Artforum, Time Out, New City and El Mundo Madrid.