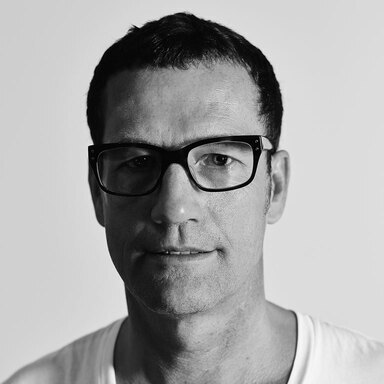 After graduating from The Academy of Fine Arts in Berlin, Joachim Sauter studied at the 'German Academy for Film and Television', Berlin. Since middle of the 1980s, he has been working as a media artist and designer. From the beginning, Joachim has focussed on digital technologies and is experimenting how they can be used to express content, form, and narration. Fueled by this interest, he founded ART+COM in 1988 together with other artists, designers, scientists, hackers and technicians. Their goal was to practically research this new up-and-coming medium in the realm of art and design. Until now, he is leading this interdisciplinary group.

He received several awards like the 'Golden Lion, Cannes', the 'D&AD Black Pencil', the 'Ars Electronica Interactive Award', the 'British Academy for Film and Television Interactive Award', ADC Annual Awards and ADC Germany Gold, the 'Grand Clio', the 'Red Dot Grand Prix', the "Designaward of the Federal Republic of Germany" and many other national and international awards'.

Since 1991, he is full time Professor for "New Media Art and Design" at the 'University of the Arts' Berlin and since 2001 adjunct professor at UCLA, Los Angeles.