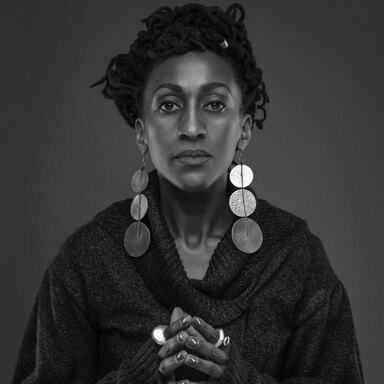 Sarah Waiswa is a Ugandan photographer, living and working between Kampala, Uganda and Nairobi, Kenya. Sarah has a B.A in Sociology from Berea College, USA and a MSc in Industrial and Organizational Psychology from Eastern Kentucky University, USA. She was a second year, fellow at the Goethe Institut's Photographers Master Class (Nairobi, Kenya 2017 and Johannesburg, South Africa 2018.) In 2015, she was awarded first place in the story and creative categories in the Uganda Press Photo Awards and second place in the Daily Life and portrait categories. In 2016, she was awarded the Discovery Award in Arles, France and in 2017 she was awarded the Gerald Kraak Award in Johannesburg, South Africa. In 2018, she was named a Canon Brand Ambassador and was selected for the World Press Photo 6x6 Africa Program.

A storyteller, Sarah’s work focuses on identity and explores themes surrounding isolation and belonging. From the persecution of people with Albinism, to children practicing ballet in Kibera. In more recent work, in the long-term project Kimbanguism, Sarah explores the Kimbanguist faith as an afro Christian movement but one rooted in resistance against a colonial regime that imprisoned their black messiah for 30 years.

She is passionate about creating visual poetry and telling stories in the most organic and creative way possible and has a desire to illustrate the plight of various social issues on the continent, in a contemporary and non-traditional way.

Her work has been exhibited around the world, most recently at the Tropen Museum in Amsterdam and also part of the group show "African Mētrópolis. An Imaginary city" at the National Museum of the 21st Century Arts in Rome.