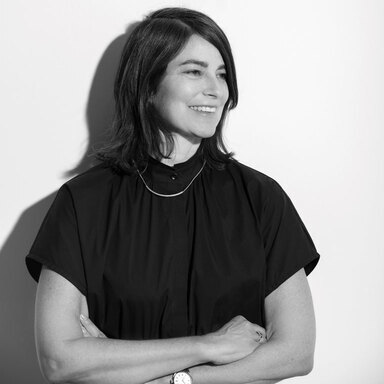 Lisa Mehling is an Emmy award-winning Executive Producer and Owner of the independent production company Chelsea Pictures. Chelsea, a creative content company with production offices in New York and Los Angeles, has cultivated a unique and diverse culture of producers and filmmakers who have become leaders across broadcast, digital, film, branded entertainment and print. Their list of celebrated work includes the paradigm shifting campaigns for Always #LikeAGirl, ‘“Listen” - the chilling Super Bowl spot for NFL to raise combat domestic Violence, Chrysler “Halftime in America” for Wieden & Kennedy, 2018’s Christie's "The Last da Vinci" for Droga5, and "Answering The Call" for Verizon and McCann.

Lisa served as the Chairperson of the 2017 AICP Show at the Museum of Modern Art and is currently Vice Chairman of the AICP National Board and sits on the Board of Girl Culture Films.

And while she doesn’t believe in ending bios philosophizing about her philosophy, Lisa will, when pressed, admit to being a true believer in the power of seamlessly merging art and commerce, partnership and leadership, talent management and client service.