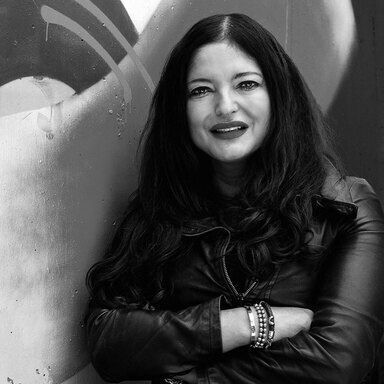 Dörte studied Visual Communications and started her career as an Art Director before switching to Copywriting.

After working in several agencies, she joined Jung von Matt, becoming a Creative Director after only three years.

2000, she founded her own company MARIA.

Dörte returned 2002 to Jung von Matt to set the agency JvM/Spree in Berlin with two partners, becoming a shareholder. After that, she launched the first international branch, JvM/9 and several other companies (JvM/Pulse, JvM/Fleet, JvM/Elbe), working for all big clients including BMW, Mercedes-Benz, Sixt, Zalando, Netto, Edeka, etc.

With over 700 awards, including several Grand Prixs, Dörte is one of the most awarded German creatives, President of Germany’s ADC and an Advisory Board Member of the D&AD and New York Festival.

She was awarded Germany’s Agency Head of the Year 2018, served 2019 besides other juries as Chairwoman and Jury President of the ADC*E Festival.

Dörte is extremely passionate about her work. She loves to travel and to meet people, more than that, though, her husband Tobias Ahrens, their son Bela, and Tyson - the family dog.