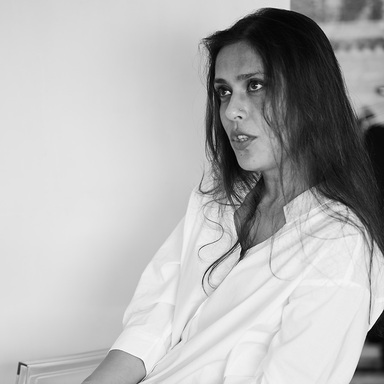 She has won 9 UNESCO Asia Pacific Awards for conservation projects including the Award of Excellence for the 15th Century Maitreya Buddha Temple at Basgo, Ladakh; Award of Distinction for Mumbai University’s Convocation Hall in 2007 and has been listed among the TOP 50 Architects & Designers by Architectural Digest for 2014,15,17, 2018; Top 10 Young Indian Architects 2012 – Construction World, Top 100 Architects of India – Architects & Interiors India 2015-16 and CNBC Architect of the Year Award 2017.

Abha Narain Lambah has a Masters degree in architectural conservation from the School of Planning & Architecture, New Delhi with over two decades of experience in the field. She has been awarded the Sanskriti Award, Eisenhower Fellowship, the Attingham Trust Fellowship and Charles Wallace Fellowship and has been nominated by Arc Vision as among the Top 20 Women Architects Globally in 2016. She has been a consultant to ICCROM, UNITAR, World Monuments Fund, Global Heritage Fund, Archaeological Survey of India and has served on the heritage committees of both Delhi and Mumbai.

She has worked on many museum projects across India, from Nehru Memorial and Swatantrata Sangram Sangrhalaya Delhi to Mani Bhawan Gandhi Sangrahalaya and the Prince of Wales Museum in Mumbai, Chowmahalla Palace Museum in Hyderabad, Jaivilas Palace in Gwalior and the Nehru homes in Allahabad. It has domain expertise in Museum & Gallery Design as well as advising on iconic museums such as the Rashtrapati Bhavan Museum in New Delhi and the Indian Museum Kolkata.

For nearly two decades since the Heritage Regulations for Bombay in 1995, her firm has been involved with conserving many 19th Century Victorian landmarks and precincts. Some of its projects in Mumbai include urban guidelines for Khotachiwadi and Dadabhai Naoroji Road precinct, restoration of Royal Opera House, Town Hall & Asiatic Library,

She has been a life member of INTACH since 1996, and wish to work closely with INTACH in sharing her experience & expertise for INTACH, which she considers as her mentor.