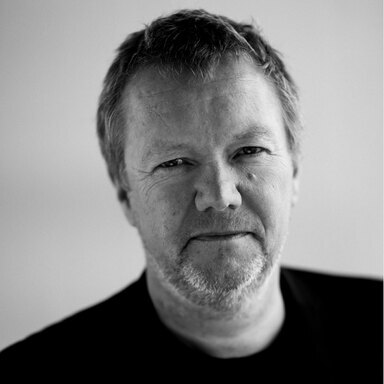 Kjetil Trædal Thorsen was born in Haugesund, Norway, and in 1985 he graduated as Dipl. Ing. Architect from the University of Graz, Austria. The same year he was a co-founder of the first Norwegian gallery for architecture, Gallery ROM.

Since the creation of Snøhetta, Kjetil has been instrumental in the projects developed by the practice such as the Bibliotheca Alexandrina in Alexandria, Egypt; the New National Opera and Ballet in Oslo, Norway; The SFMOMA in San Francisco and the National September 11 Memorial Pavilion in New York, United States; the King Abdulaziz Center for World Culture in Dahran, Saudi Arabia; the Lascaux IV Caves in France; the Busan Opera house in Busan, Korea; Under, Europe’s first underwater restaurant in Lindesnes, Norway; the Shanghai Grand Opera House in Shanghai, China; Powerhouse Brattørkaia, the world’s northernmost energy-positive building in Trondheim, Norway; Le Monde Group Headquarters in Paris, France as well as the design for Norway’s new banknotes.

He is a frequent lecturer internationally, and from 2004 to 2008 he was professor of architecture at the Institute of Experimental Architecture at the University of Innsbruck, Austria. As founding partner, Kjetil has been instrumental in defining and developing Snøhetta’s philosophy and architectural ambition. Many of the projects created by Snøhetta has been inspired or led by Kjetil.