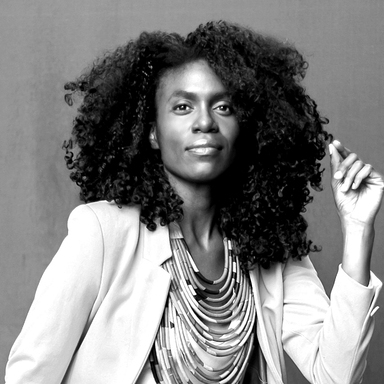 Over the course of her career, Fri Forjindam has earned a formidable reputation as a trail blazing themed entertainment executive, change agent and recipient of the "Top 50 Theme Park Influencer" distinction by Blooloop. With almost 13 years of experience that spans multiple industries including Theatre, Fashion, Themed Entertainment, Experiential Storytelling, Fri is uniquely qualified for her current role as the Co-Owner and Chief Development Officer at Mycotoo, Inc., a global leader in themed entertainment, live events and immersive brand experiences.

Forjindam has been featured in Essence Magazine, Minted.com, KTLA, and FOX. Fri’s philanthropic commitments allow her to sit on the advisory board for Harriet B’s Daughters, a non-profit volunteer organization dedicated to mentoring the next generation of themed entertainment leadership and to expanding representation, inclusion, and diversity within guest experiences and creative works. Additionally, Fri's serves as Event Chair and Board Member for the Ryman Arts Foundation, a non-profit organization dedicated to transforming the lives of young artists through visual arts education.

Fri was born in Douala, Cameroon where she spent her early childhood before immigrating to New Orleans, LA when she was 14 years old. She received her Bachelor’s degree in Biology from the University of Virginia. After becoming an adopted daughter of New York City as an MFA graduate at Columbia University, Fri now resides in Los Angeles with offices in California and Barcelona.