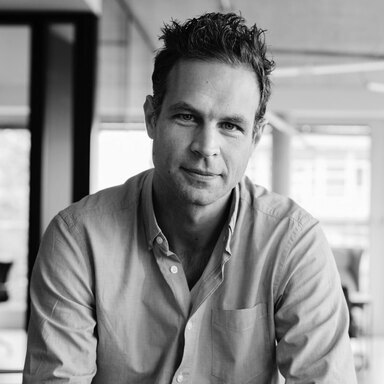 Gerrit Zinke is Managing Direcor Creation of the Hamburg office of the thjnk agency group working for clients like Audi, Commerzbank, Deutsche Bahn and REWE.

After graduating from the University of Applied Science in Hamburg in 2001, Gerrit Zinke started working for the agency Springer & Jacoby where he was primarily responsible for the clients Mercedes-Benz and smart. In 2006, he came to thjnk (then still called kempertrautmann). For meanwhile more than 10 years, he has been the creative lead for the client Audi. During this time, thjnk and Audi have received numerous accolades for their work, most recently for the case Mission to the Moon which has received several national and international awards – among them Gold and Silver at the ADC Germany and a Lion at the Cannes Lions International Festival of Creativity in 2016 (category: promo & activation).

Gerrit is a member of the ADC Germany and the British D&AD. He has sat on several juries for creative competitions, among them the ADC Germany, Cannes Festival, Eurobest, New York Festivals and D&AD. Furthermore, he has been decorated with more than 400 national and international awards.

Gerrit is married and has two children. He finds relaxation from hectic everyday life and his two wild boys in the form of his hobby: fishing. Even if he is not successful – which is the case most of the time.