The ADC Annual Awards, part of The One Club for Creativity, is the oldest continuously running industry award show in the world. Now heading into its incredible 100th year, these Awards celebrate the very best in advertising, digital media, graphic and publication design, packaging and product design, motion, experiential and spatial design, photography, illustration and fashion design all with a focus on artistry and craftsmanship. 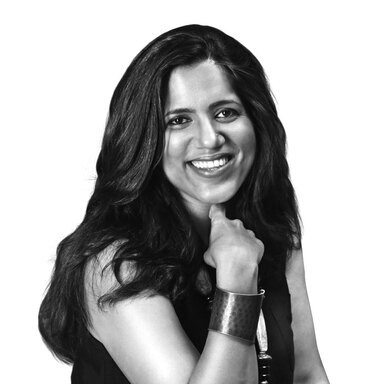 Her career spans more than two decades, spent in New York, Bangkok, South East Asia, India and Sri Lanka. She has worked in leadership roles in most of the large agency networks. And has won several international, regional and local awards, in creativity and effectiveness.

She is a frequent speaker at industry events. She has spoken at the Cannes initiative of the inaugural See It Be It, at Spikes Asia. And at the CTC2020, creative talk event in Bangkok.

She volunteers as a Personal Growth Officer with Women Empowered Global, focusing on women's incredible potential. And as the Vice President of the 4As-the Advertising body of Sri Lanka.